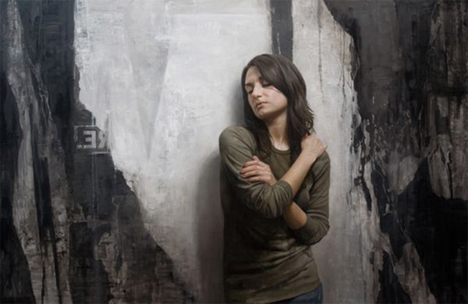 If you were to round a corner in a building you thought empty and come face-to-face with one of these figures, you might experience a moment of heart-thumping fear before realizing that there’s nobody there. Painter David Jon Kassan has not only mastered an incredible 3D effect in his wall paintings, but manages to capture the true essence of his subjects rather than a flat but finely rendered likeness. 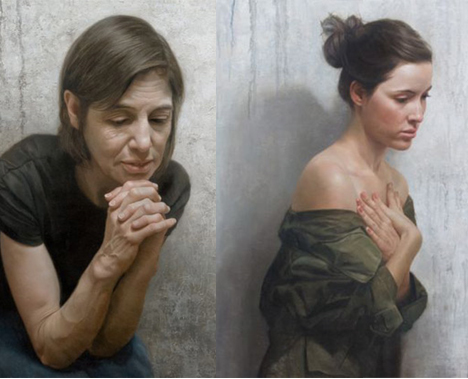 Based in Brooklyn, Kassan leapt into full-time painting after being laid off in the aftermath of 9/11. Determined to find a way to do what made him happy, he put himself through art school and emerged with an even bigger thirst to learn and improve. His signature style of realism is multi-layered, with a darkness influenced greatly by his urban environment. 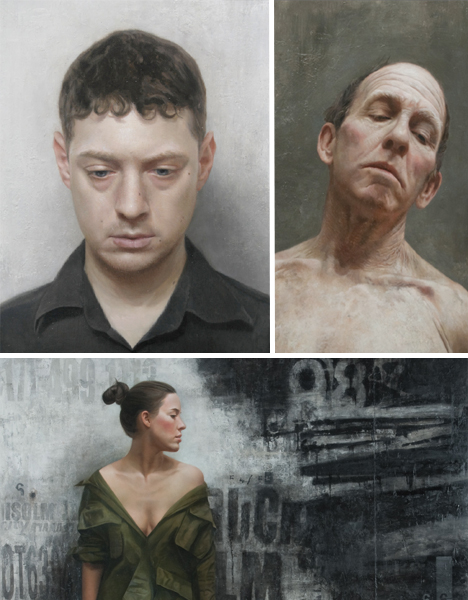 The grit of the wall itself – grit of the city – is subtly incorporated into the image in a way that gives it more than just a bit of extra physical substance. It speaks to the subject’s environment and how they interact with it. Kassan combines the imperfections of the wall surface with a keen eye for nuances in each model’s facial expressions and posture for highly emotionally charged results.

“My work is a way of meditation, a way of slowing down time though the careful observation of overlooked slices of my environment,” Kassan says in his artist statement. “It is the subtlety of emotion in my acquaintances that inhabit the aforementioned environment which intrigues me. My paintings strive for reality, a chance to mimic life in both scale and complexity. The viewer is given an eye level perspective of the subject. A view that is unbiased and in its most raw condition.” 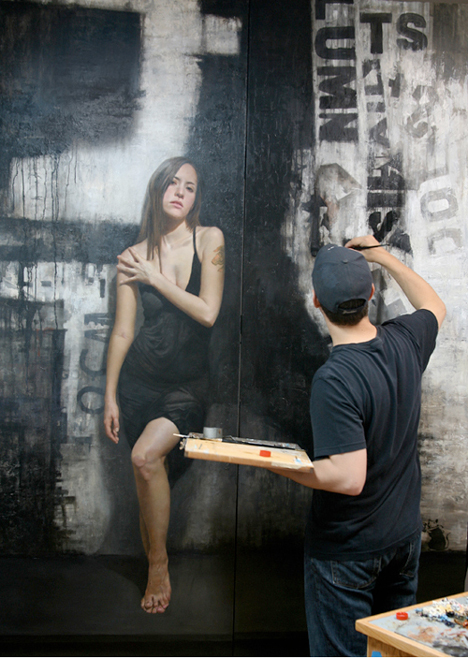 “It is my intent to control the medium of oil paint so that it is not part of the viewer to subject equation. The image stands alone without evidence of the artist. I displace textures from their natural environment by moving them out of the context they exist in. Taking the abstract form from the streets where they get lost and moving them into the gallery space where they can be contemplated as accidental abstractions.”