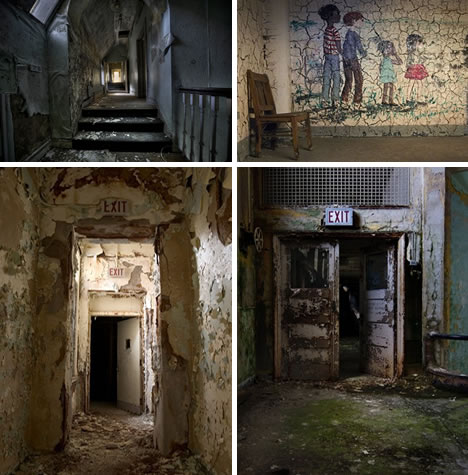 One of the sweetest sounds to students is when that last bell in the last class rings to signal school is out for summer. In the words of Alice Cooper, “Out for summer. Out till fall. We might not go back at all.” No one will return for classes to these schools; they are out permanently. The once busy halls and classrooms are lifeless and lonely. Not all schools are filled with laughter; some have a very dark past. These abandoned and decaying schools are out forever. 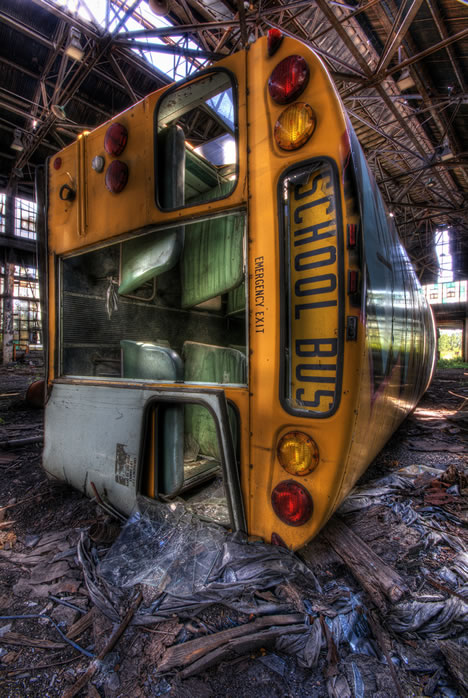 Tax payers may want to cuss at this overturned and graffiti-covered bus. However, there is something satisfying to the rebel soul to see the urbex image. Like these schools, this bus will never experience high school drama, laughing, or arguing kids again. 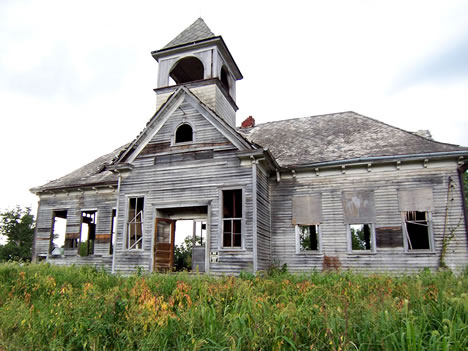 Once upon a time, in Bradford, Illinois, this school was new and filled with hopeful teachers and laughing kids. Now it is a lonely and sad dilapidated building. 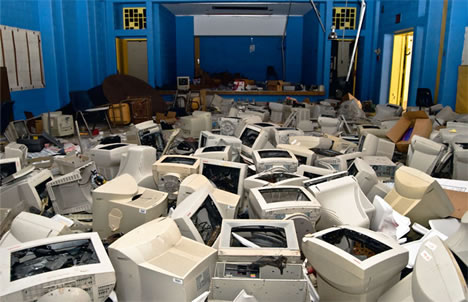 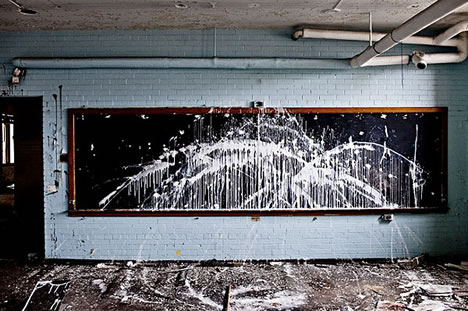 Detroit is a rustbelt city with population loss, rising crime rates, high loss of jobs, and a declining urban environment. Nearly 30 schools have permanently closed their doors due to budget cuts. Most were left unsecured and scrappers have plundered the computer monitors and the buildings for any precious metals. The school buildings are full of discarded textbooks and office paperwork, peeling paint, and overall destruction. 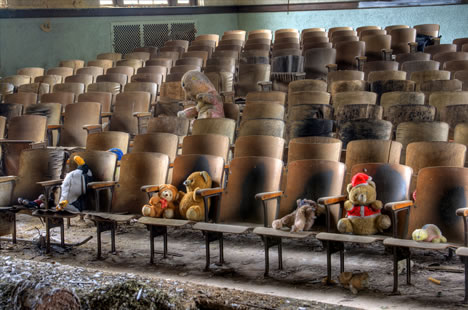 The Holley High School auditorium with stuffed animals as the audience is located in New York. The school was closed in 1976. 10-15 years ago, asbestos clean-up costs were estimated at $1 million. This abandoned school and auditorium will never again be filled with applause or cheers. No high school student will be struck with stage-fright or give the performance of their life. The guests in the moldy seats are gifts from superstitious urban explorers. 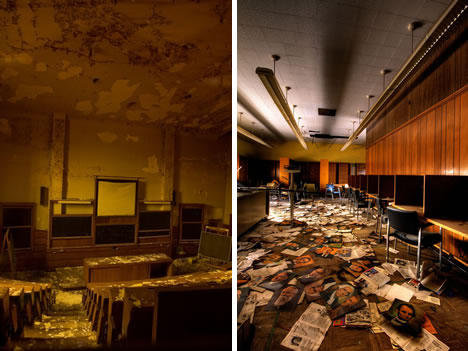 The lecture hall in an abandoned Belgium university is cast in an eerie light. Forlorn and deserted now, the college was built in 1930 on the site of an old abbey.  In the abandoned school library, on the right, a librarian will never again shush someone. The floor is littered with dead presidents. 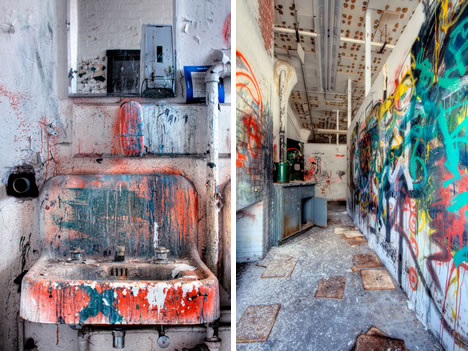 The abandoned art school in Buffalo, New York, has bright splashes of color mixed into the beautiful decay. No aspiring artist will ever again paint their heart out to create a masterpiece here. 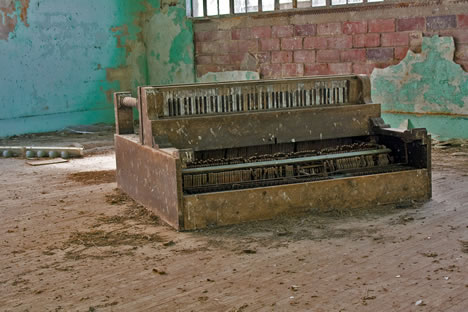 The dejected and overturned piano in a rural Nebraska school is hauntingly beautiful. The forgotten keys are forever silenced. 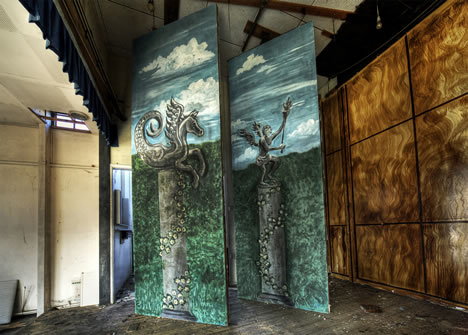 The scenery on the decaying stage is from the last play before the UK school for girls was abandoned. 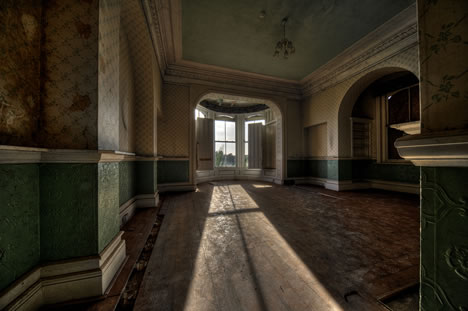 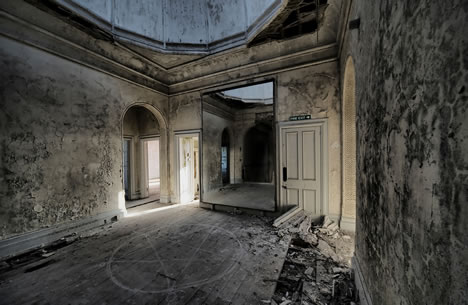 Below the dome, the pentagram on the floor seems to gives this room a sinister atmosphere. 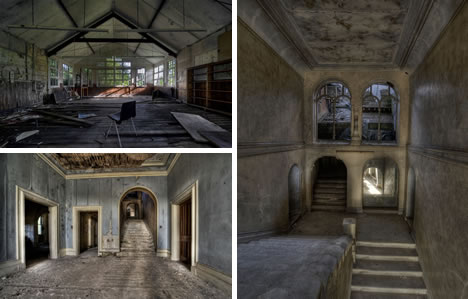 A lone chair sits amid rotting floorboards of a classroom. With no more catty or chatty girls, the halls, corridors, and stairways are silent. 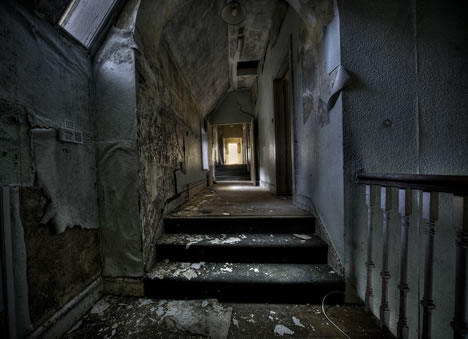 Sections of this abandoned school for girls now resembles a school from a war-torn country. 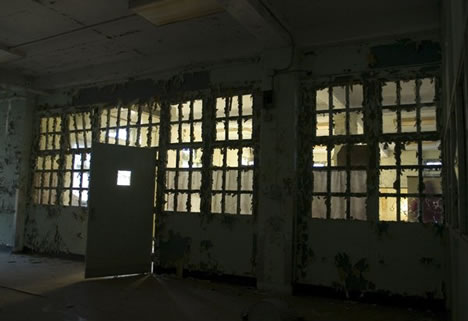 Pennhurst State School opened in Spring City, PA, in 1908. The facility was dedicated to treat people with mental and physical disabilities, but in 1946 there were only seven physicians serving over 2,000 patients. 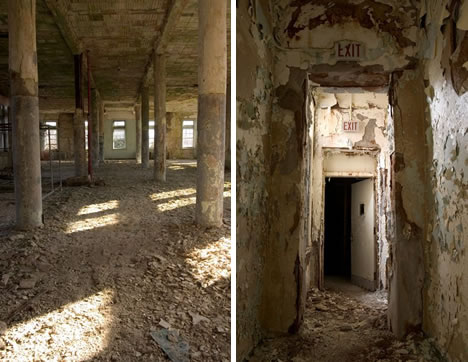 Reports of beatings by staff and other patients, assault, and extended periods of isolation were uncovered. Residents regressed into mentally disturbed states of mind. In 1977, the institution was found guilty of violating patient’s constitutional rights in a class-action lawsuit. 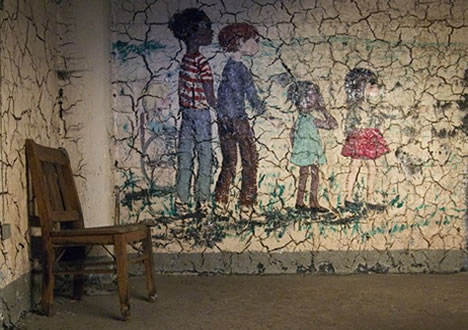 Among the debris and destruction are reminders of the students who attended school here. The school is seeped with trauma. Instead of finding broken desks, the atmosphere is heavy with broken spirits. 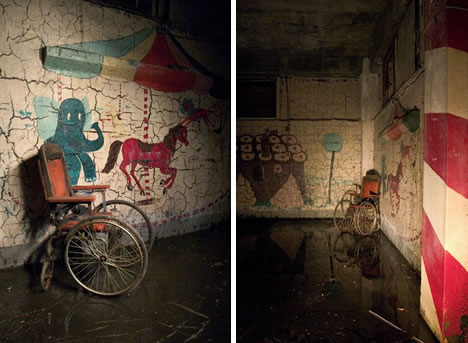 Kids were not happy and well cared for. The children despaired in the “Candycane Dungeon.” 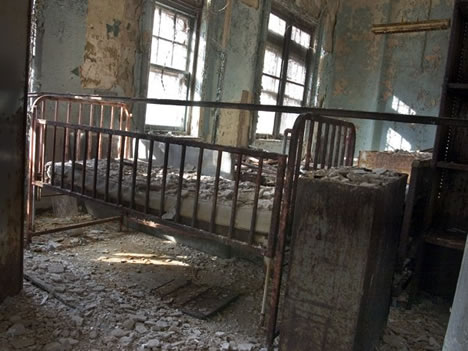 Ex-patients and many other reports were documented, including abuse, patient case studies, and behavior modification. Pennhurst State School was closed in 1987. 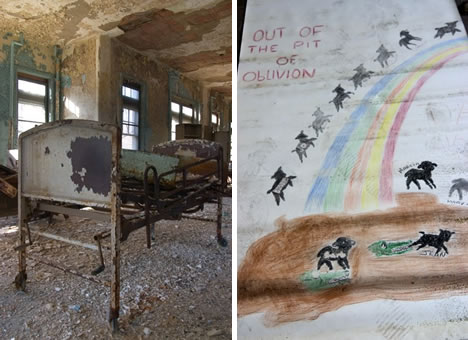 In October 2010, the school will be reopened as a “haunted attraction.” It will be called “Pennhurst Institute of Fear.” 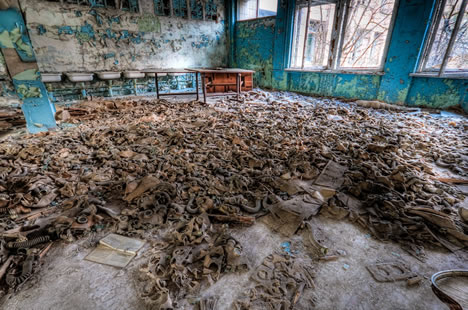 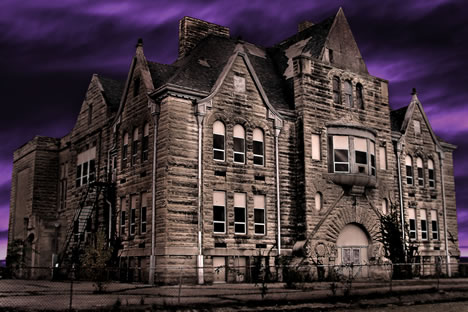 This old abandoned school in Bedford, Indiana, looks eerie. However it has an even creepier name, Stalker School. 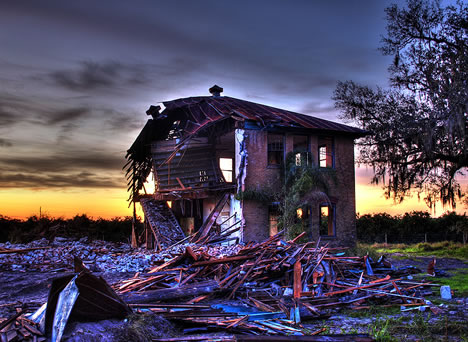 “No more pencils. No more books. No more teacher’s dirty looks.” In Florida, the decaying Popash School is under demolition. 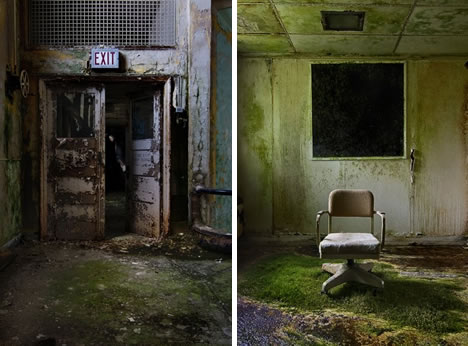 Both of these schools are seeped with trauma, instead of happy school days. From 1922 to 1992, the developmentally disabled children in Massachusetts could not run for the exit. Belchertown State School was permanently shut down after publicized investigations that proved overcrowding and poor living conditions. On the right, the abandoned training school consisted of 87 buildings on a sprawling 1,000 acre campus. It was founded in 1917, but forced to forever close its doors in 1990 after violating patients’ 1st, 4th, 5th, 9th and 11th amendment rights. Another court case was won by a woman who charged deprivation of her human rights and slavery.

This is a zippy, trippy tour through an abandoned vocational school before it was demolished. School’s out forever!