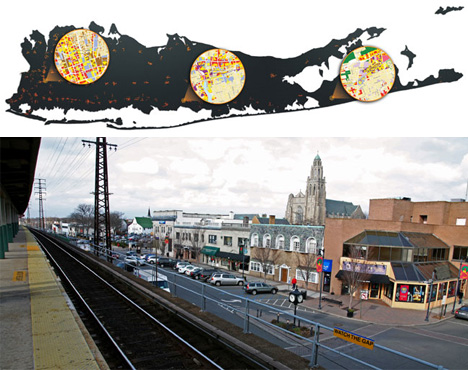 It’s a reality that sneaked up on some of us, but others saw it coming for decades. Either way, it’s now undeniable: the old suburbs just aren’t what they used to be. We once longed to get away from the city and live in little pockets of civilization surrounded by freeways, outlet malls, and miles upon miles of tract housing. But decades of living in poorly-planned suburbs with baffling amounts of empty space have made us wonder: isn’t there a better way to build a burb? That’s the question the Long Island Index asked of architects, designers, and anyone with big ideas in the Build a Better Burb competition. They asked for suburb designs that would make good use of the thousands of acres of vacant land in Nassau and Suffolk counties, although the ideas presented in this competition could be applied almost anywhere in need of a suburban revitalization. 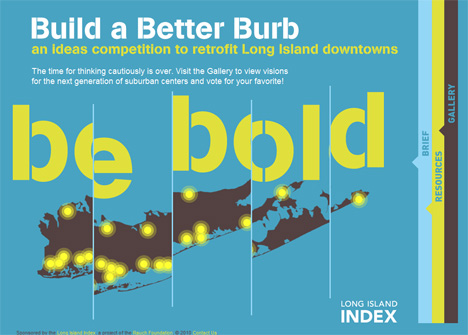 Long Island has well over 100 places classified as “downtowns.” Nearly half of those downtown areas feature a train station within a half mile of the center. A surprising amount of land near these downtown areas is going either unused or underused, but Long Island Index sees the potential in that land. Why let the land go to waste as expansive parking areas, empty lots or vacant buildings when it could be used as suburban farms, beautiful parks or bicycle stations? Their “Build a Better Burb” contest invited entries from anyone who thought they might have a great idea for revamping, revitalizing or restructuring any of the downtown areas scattered throughout Long Island. These are just a small selection of the entries that were chosen by the judges of the competition to move on to the next phase: the People’s Choice Award voting.

How the Strip Mall Can Save Suburbia 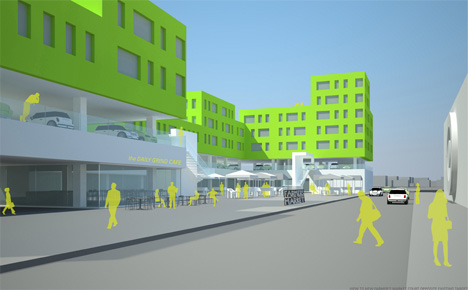 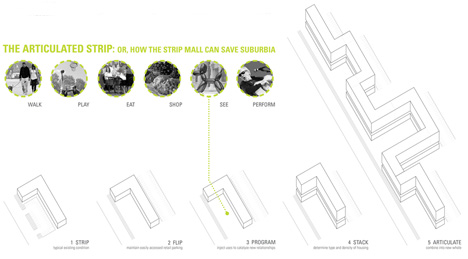 It might seem like a lofty goal for such a humble structure, but strip mall sensibility might be just what suburbia needs to survive in the new millennium. The oft-maligned mixed use buildings could be built in the spaces now going to waste in suburbia – such as those vast parking lots – to infill the suburbs with purposeful developments. Using suburban spaces for such densely-utilized developments could, in the words of this project’s creators, “be the generative agents of suburbia’s re-formation.” 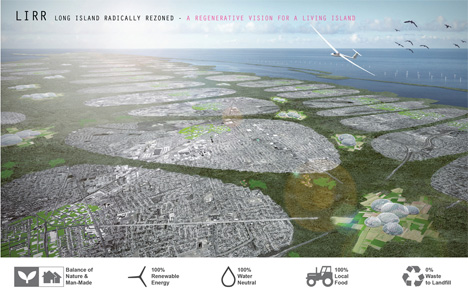 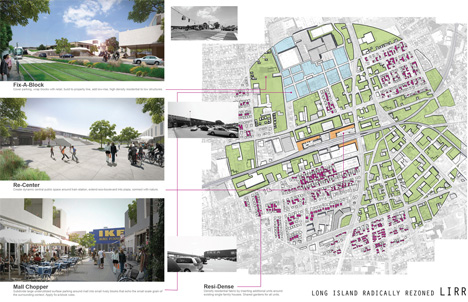 The title of this project is certainly no exaggeration: it is indeed a radical change from the current state of Long Island. The plan centers on four strategies for rezoning and reshaping the area, from adding additional housing units into residential areas to increase density, to “wrapping” surface parking structures with additional retail space and public programs. In the end, Long Island would end up with a network of dense carbon-neutral mixed-use pockets with wide open agricultural spaces in between. 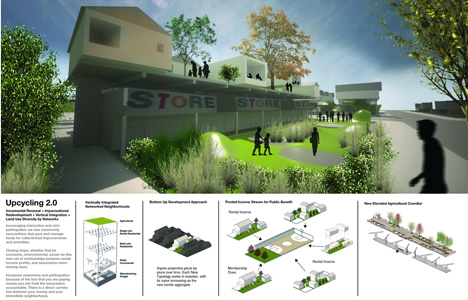 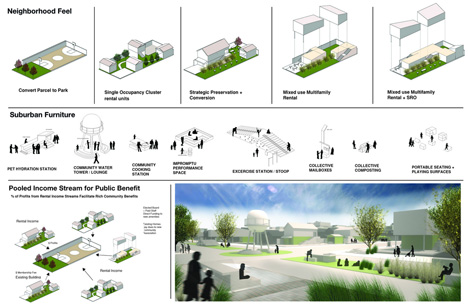 One of the consistently remarked-upon inefficiencies of the suburb is the proliferation of single-purpose buildings. While in the city you might find a building that houses offices, retail space and residences, in the suburbs there is typically a separate building for every function. Even more frustrating is that suburban zoning often means retail, residential and office spaces are far removed from one another. This concept aims to make more efficient use of suburban land by transforming awkwardly zoned land into mixed-use neighborhood centers. Moreover, the concept would create a tangible correlation between homeowners’ money and their community by encouraging more participation and interest in community improvements. 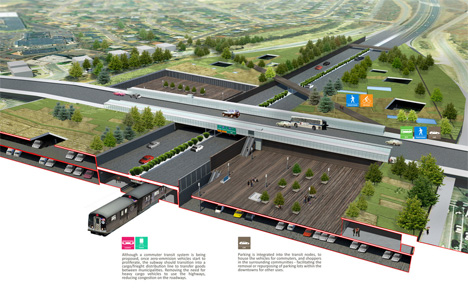 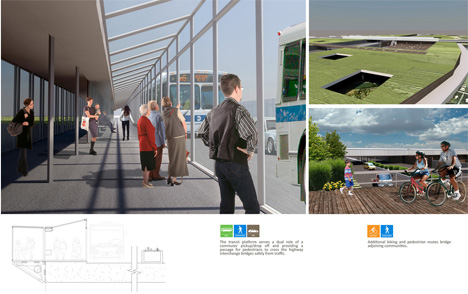 The cloverleaf is one of the most recognizable sights of suburbia: massive criss-crossing highways giving way to local roads take on the distinctive shape of a clover. While useful for controlling traffic, cloverleaf interchanges don’t do anything to connect the people of the neighborhoods they’re near. This concept would liberate the cloverleaf structures to include gardens and recreational space, along with an effective mass transit system that would cut down on the large amount of cars in downtown areas. 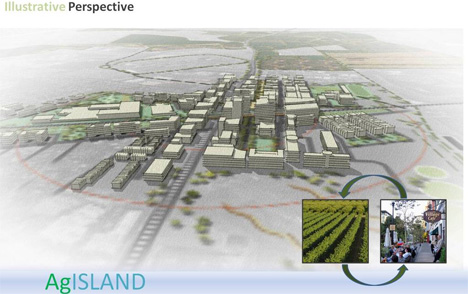 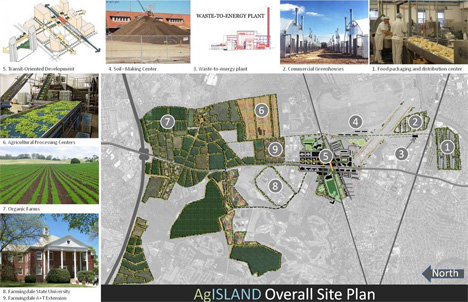 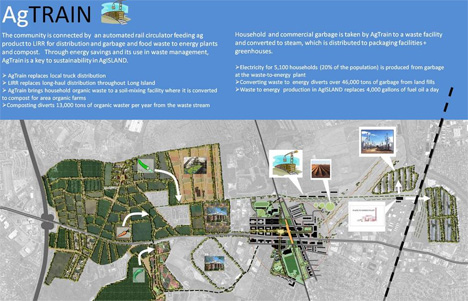 Automobile-centric development has resulted in a strange paradox of widely-sprawled but densely congested suburbs. Suburban office parks exist so far away from the residential areas that a car is a necessity, not an option. The creators of the AgISLAND concept want to move those office parks into a purpose-built area served by numerous mass transit choices, and return the suburb of Farmingdale – which was once green farmland – to its natural roots. Former office parks would be turned into organic farms, all of which would be connected to the rest of Long Island by a unique conveyor system. AgTRAIN would transport the farm waste to composting sites and waste-to-energy sites as well as taking the farms’ produce to markets to be sold. The result would be a complex but balanced system of suburban agriculture and livable, walkable communities.

Visit the Build a Better Burb website to view all 23 finalists and vote for your favorite.