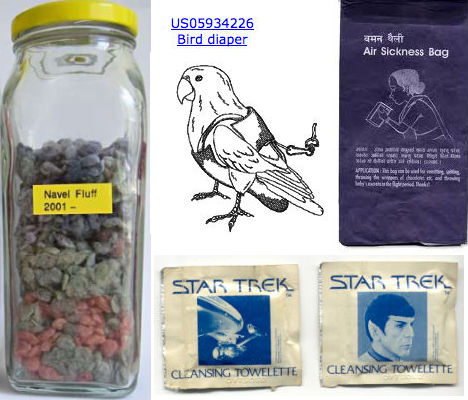 You don’t have to travel the back roads of the world to see bizarre and amazing collections of unusual objects – some of these wacky museums are open 24 hours a day, 7 days a week, right at your fingertips. Who can resist a lovingly curated collection of moist towelettes, airline spoons, or the world’s largest accumulation of belly button lint? 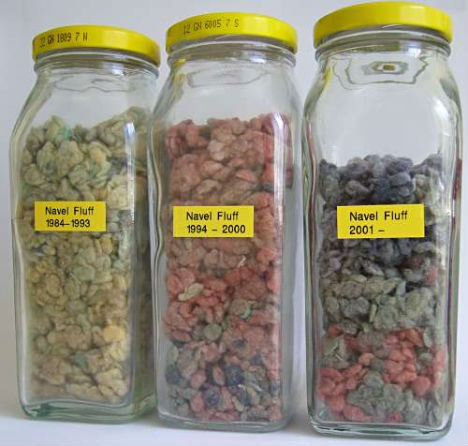 You say belly button lint, Graham Barker says navel fluff – but we can all agree that this is the world’s largest collection of those mysterious fibers from a single person. He has been collecting his own belly button lint since 1984. His three chronologically collected bottles are oddly color-coordinated, as if he wore only beige until 1993 and then went through subsequent red and blue periods. Barker’s collection started when he pulled some fuzz out of his navel and wondered how much it would take to stuff a cushion. 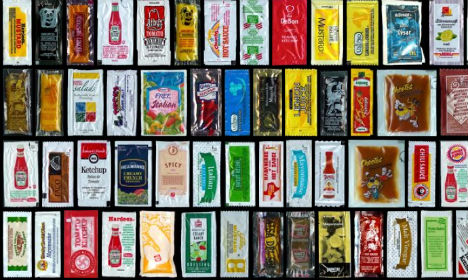 Have you ever seen so many condiment packets in one place at one time? Collector Chris Harne’s unusual hobby came about when he decided to stop spending money on ketchup. Gathering free condiment packets at every restaurant possible was a slippery slope that led to the madness that is now The Condiment Packet Gallery. 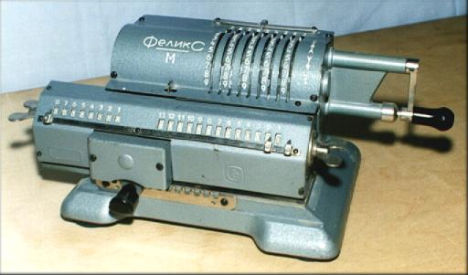 When hand-held calculators debuted in the West in the 1970s, the Soviets were desperate to catch up. But it took them a while to get the process down, and their many efforts – including some that are amazingly intricate and mechanical – are cataloged at the Soviet Calculators virtual museum. 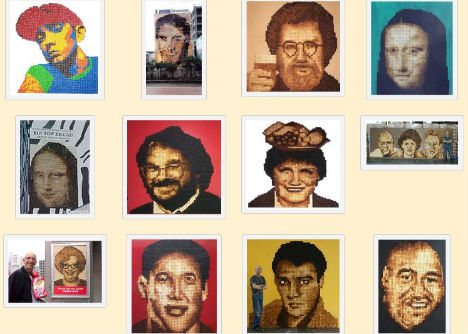 A virtual collection of toast art is unusual enough, but ‘Toastman’ Maurice Bennett – self-proclaimed “New Zealand’s most renowned artist” – makes more than just abstract compositions of burnt bread. He also creates billboard-sized toast portraits of famous people, which can be seen on his website as well. 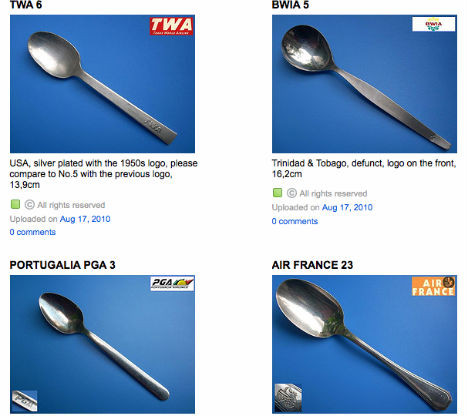 If you’ve always harbored a secret but intense curiosity about what the spoons on various airlines around the world look like, but can’t afford to travel the world to find out, you’re in luck. One Flickr photo set contains hundreds of spoons, and you might be surprised just how varied they really are. Some are specially marked, some are vintage or from defunct airlines and some are even designed by celebrities. 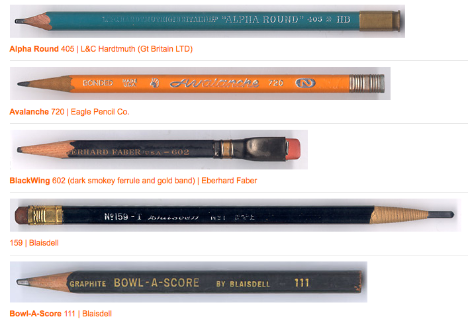 We would never get a peek into the diverse and fascinating world of brand name pencils if it weren’t for Bob Truby’s Brand Name Pencils website, which features photographs and descriptions of practically every pencil ever created. 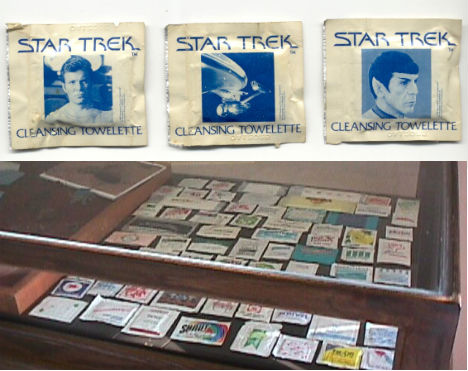 You might wonder, what exactly about moist towelettes could possibly merit collecting them? But that was before you saw the Star Trek ones above, which are indisputably amazing. Others in the collection come from Trump Castle, Quaker Steak & Lube and Iceland Air. And yes, there is in fact a brick-and-mortar Moist Towelette museum conveniently located in Dimondale, Michigan. 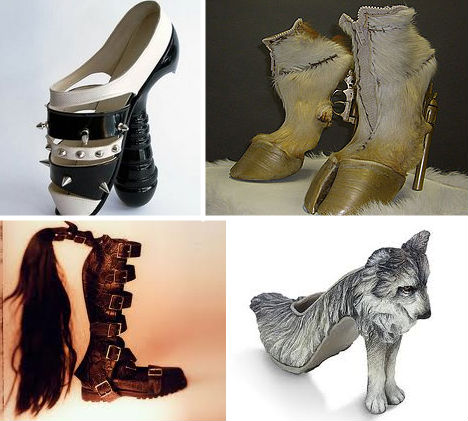 The weirdest shoes in the world are even crazier than you might think. Forget insanely towering heels or unusual materials – the collection at the Virtual Shoe Museum will blow you away with its weirdness, from buckled boots with 8-inch ponytails made from real hair to extreme point shoes with suggestive heels. 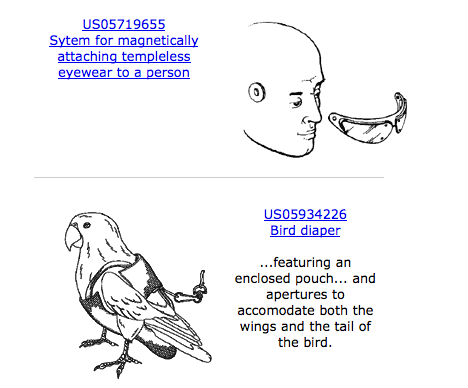 While some of the inventions at the Delphion Museum of Obscure Patents appear tongue-in-cheek, like the Santa Claus Detector, others seem oddly serious – including a gravity-powered shoe air conditioner and an apparatus for simulating a high-five, “providing the user with a convenient outlet for the release of excitement.” 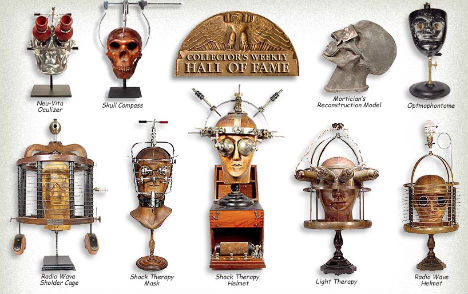 Looking for bizarre devices and gadgets, long since cast aside? Radio-Guy.net probably has one of the most complete collections around of everything from your run-of-the-mill antique radios to insane helmets used for questionable medical procedures, like the terrifying shock therapy mask. 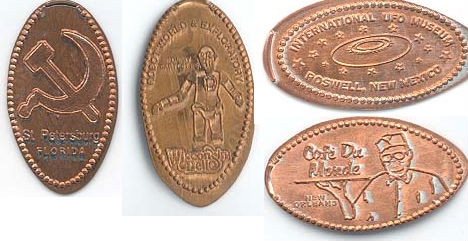 You see the machines at virtually every tourist trap around the country: the ones that take your pennies and turn them into oddly elongated, squished souvenirs imprinted with the name of the attraction. For people who travel a lot – like Ronald Dupont, who has a vast collection archived online – these pressed coins are a fun and cheap way to remember all the places they’ve been. 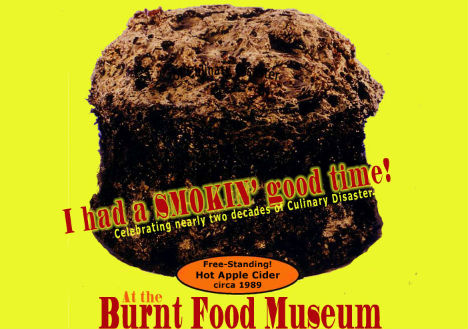 “To Cook the Museum Way — always leave the flame on low . . . and then take a long nap.” That’s the motto of the Burnt Food Museum, started in the late 1980’s when Deborah Henson-Conant left a pot of hot apple cider on the stovetop and took a long phone call. Today, the museum features such magnificent exhibits as “kruncheroni n’ cheese” and “hash blacks”. 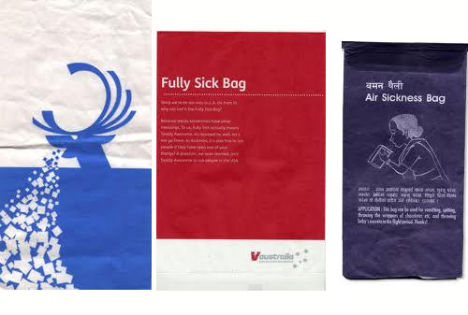 “One can tell a lot about an airline’s image from their Air Sickness Bags. Some barf bags are no more than a baggie with a twist tie, while other sickbags could win international design competitions. Are they art? I think so. You decide.” The Air Sickness Bag Virtual Museum certainly gives us more than enough to study, with 2,177 images to view.