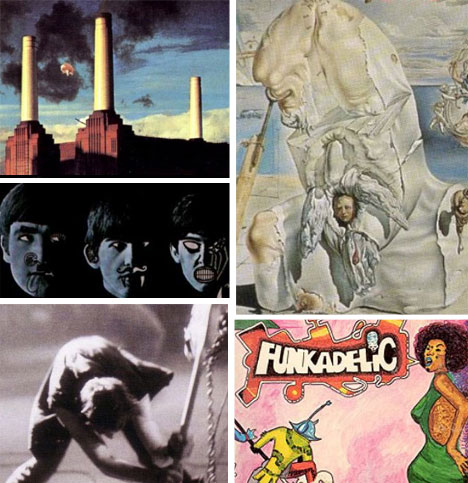 Album covers are a dying art form. With the digital age upon us, less and less artistic thought is being put into creating imaginative album covers. While CDs may offer cover art, it is a dwindled-down replica of a once extensive, detailed and in-depth image. Back to the days when vinyl was the primary technology for music reproduction one could find all types of intricate, unique, clever and even ingenious designs. Vinyl offers the artist a larger canvas on which to express their creative vision. Many bands know this and have returned to vinyl, offering LPs as well as the CD and digital downloads. Here 10 of the most amazingly artistic vinyl album covers. 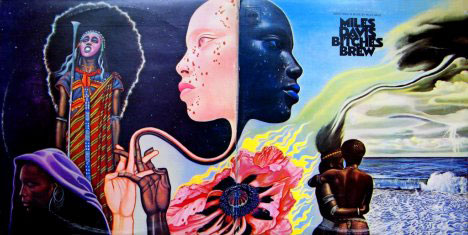 “Bitches Brew,” released in 1970, is generally tagged as one of Miles Davis’ best-selling albums and is believed by many to have marked a pivotal turning point in modern jazz. Its unconventional and progressive sound is credited with laying the foundation for the jazz-rock genre. It’s rumored Davis originally intended on calling the album ‘Witches Brew’ but, thanks to his former wife funk singer Betty (Mabry) Davis, settled on ‘Bitches Brew.’ Artist Mati Klarwein, whose work is known for its surrealist elements, created the cover art. Klarwein has also contributed cover art for Davis’ album “Live-Evil” as well as for other musicians such as Reuben Wilson, The Chambers Brothers, Earth, Wind and Fire and Santana.

“One Nation Under a Groove” Funkadelic 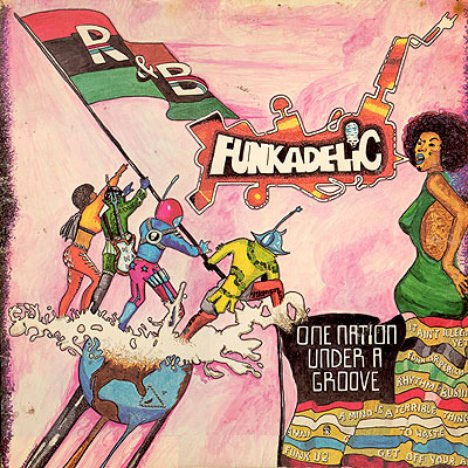 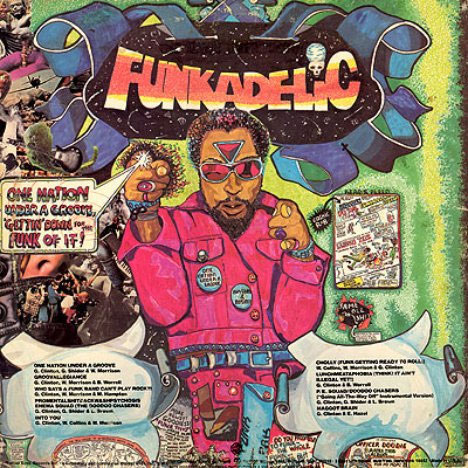 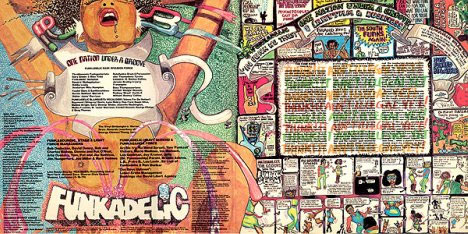 “One Nation Under a Groove,” released in 1978, launched Funkadelic into the mainstream eye and was the first Funkadelic LP to reach platinum status. It is a loose concept album on the power of funk music’s ability to evoke open-mindedness, happiness and dance. Many credit this album with introducing guitar funk into the mainstream. The album’s artwork and liner notes were created by artist and illustrator Pedro Bell. Bell has designed many album covers for Funkadelic as well as for George Clinton’s solo work. 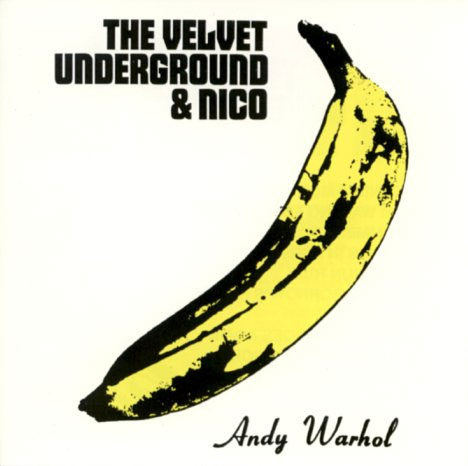 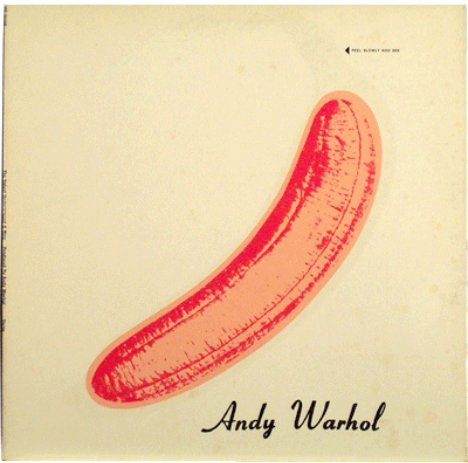 Referred to by some as the “banana album” the Velvet Underground’s debut album “The Velvet Underground & Nico” has become one of the most influential and critically acclaimed rock albums of all time. The album’s iconic cover art is probably the most recognizable in rock history. Loaded with New York street drug jive and tales of sexual exploration, the album’s musical content was revolutionary. The album’s cover art was created by artist Andy Warhol. Early copies of the album allowed the consumer to “peel slowly and see:” upon peeling back the banana’s skin a flesh-colored banana was exposed. Due to this unique feature special machines were required for the manufacturing of the covers, which is one of the causes of the album’s delayed release. The other reason for delay was due to the album’s first issue featuring a photo of actor Eric Emerson who threatened to sue over the unauthorized use of the photo. MGM recalled copies and were forced to stall distribution until Emerson was airbrushed from the photo. 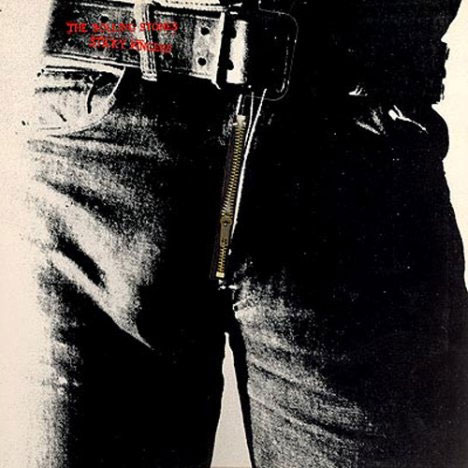 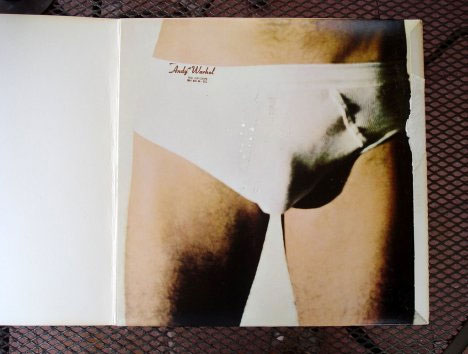 The Rolling Stones’ album art for “Sticky Fingers” was conceived by the avant-garde mind of artist Andy Warhol. The cover displays a close up shot of actor and Warhol superstar Joe Dallesandro’s crotch in tight blue jeans, which feature a working zipper. The cover opened up to another layer of cardboard (needed to protect the record from the zipper) that featured a photo of man in briefs who is still to this day unidentified. In order to prevent damage to the records caused by the zipper when albums were stacked for shipment, the zipper had to be unzipped halfway to the middle of the record where only the label would become dented. 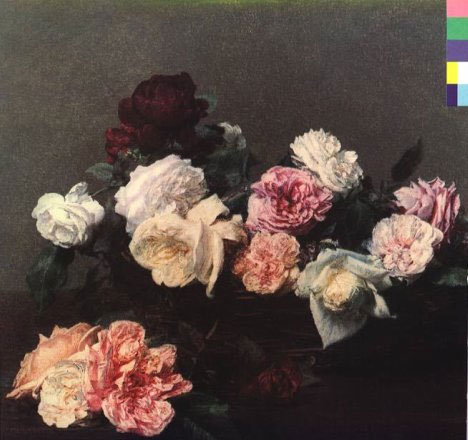 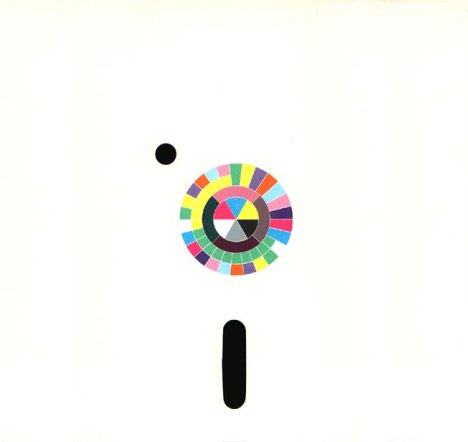 “Power, Corruption & Lies” is the second album released by New Order. The album’s cover is a reproduction of French artist Henri Fantin-Latour’s “A Basket of Roses.” Peter Saville, an English graphic designer famous for his record sleeve designs for various Factory Records artists, designed a color-based code for the album as well. The bands’ name and album title are not written on the album but are expressed through a color bar. A multi-colored wheel design was pictured on the back cover to serve as a decoder. 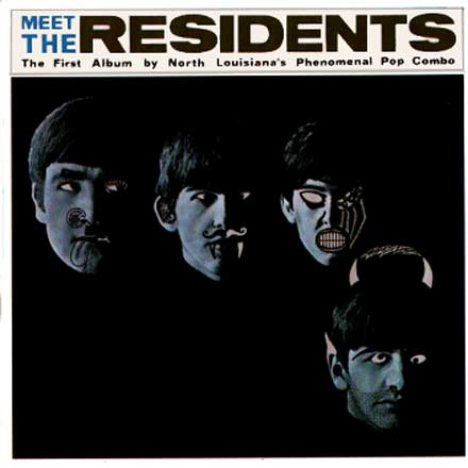 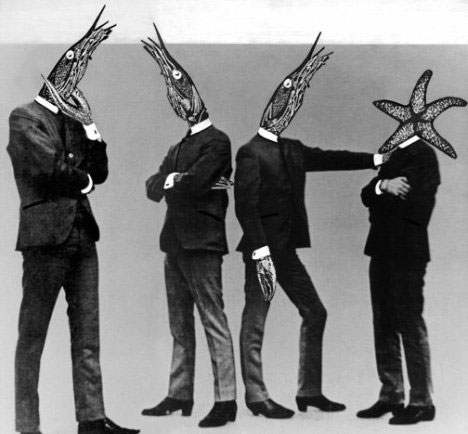 “Meet the Residents,” released on Ralph Records in 1973, was the first full-length record by the avant-garde group The Residents. The original album cover featured a defaced photo of the Beatles, a mockery of their second U.S. released album “Meet the Beatles!” Record companies EMI and Capitol threatened a lawsuit, resulting in a re-release of the record with a new cover. The new cover, still maintaining a Beatles theme, pictured sea creatures wearing Beatles suits. It is rumored that George Harrison found the original album cover to be quite humorous and purchased a copy of his own. 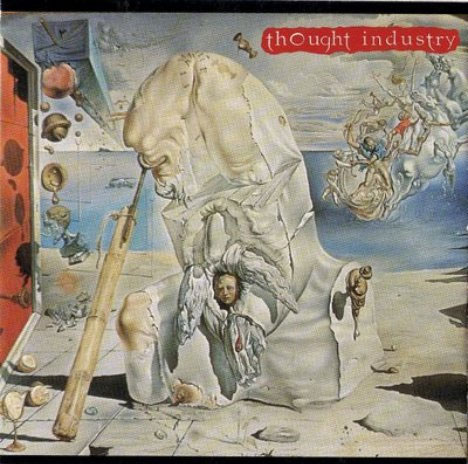 “In the Aeroplane Over the Sea” Neutral Milk Hotel 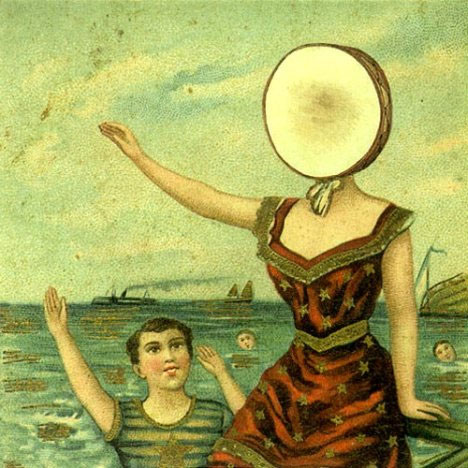 “In the Aeroplane Over the Sea” is the second album, released in 1998, by Neutral Milk Hotel, who are a part of the Elephant 6 Recording Company. The cover art was a collaboration of the band’s singer and guitarist Jeff Magnum and R.E.M.’s staff designer Chris Bilheimer. The album is still highly successful and was the 6th best selling vinyl album in 2008. 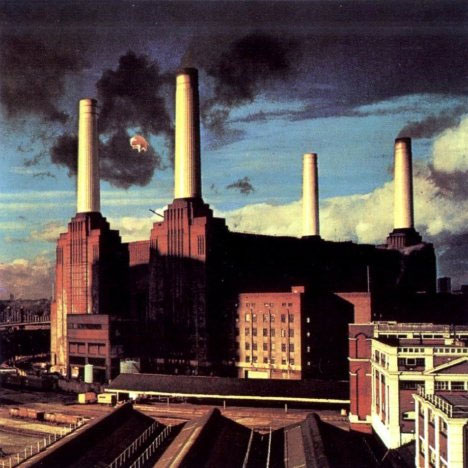 “Animals” is a concept album loosely based on George Orwell’s “Animal Farm” released in 1977 by progressive rock band Pink Floyd. The large pig floating over London’s landmark Battersea Power Station is no trick photography. An inflatable pig was constructed and filled with helium, then launched into the air secured by cables. On the day of the photo shoot a powerful gust of wind tore the inflatable pig from its securings and the pig sailed to a height of 18,000 feet – eventually landing in a farmer’s field. The pig was repaired and sent back up into the sky for a successful shoot the following day. 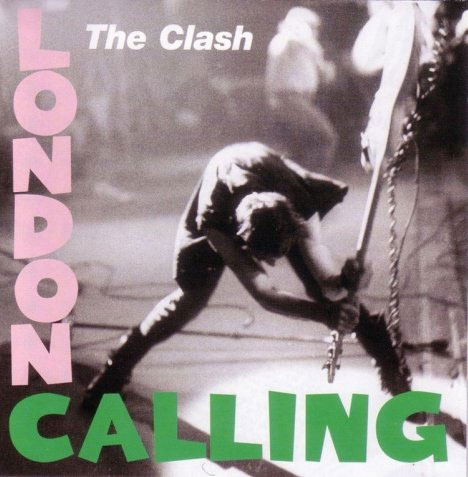 “London Calling” is the third album, released in 1979, by punk band The Clash. Pennie Smith, the photographer of the famous cover photo, did not want to use the photo originally but the band’s vocalist Joe Strummer and graphic designer Ray Lowry chose to make it the album cover. Lowry designed the cover artwork as a homage to “The King of Rock ‘n’ Roll” Elvis Presley’s debut album. London Calling’s cover photo, which captures the very essence of rock n’ roll, was named the best rock and roll photograph of all time by Q magazine.