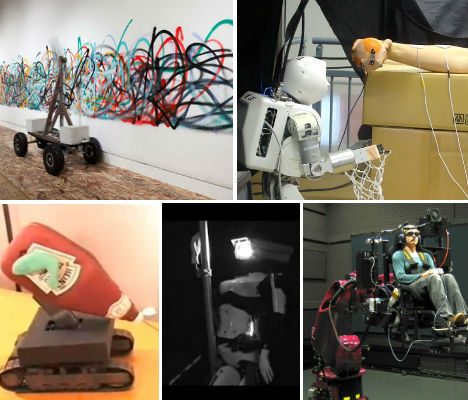 Artificial intelligence is getting more advanced by the day, in ways that are both scary and exciting. There are robots that can help make the world a better place – leading schools of fish away from turbines, or helping the disabled regain mobility. Then there are the pole dancers, ketchup squeezers and graffiti sprayers. These 16 robots run the gamut, with functions that delight and amaze. 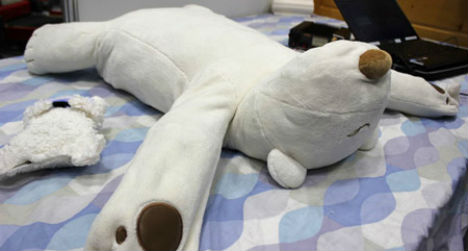 Does your partner have a snoring problem? Imagine buying them this totally innocent-looking bear pillow and watching their reaction when, prompted by the sound of snoring, it raises its arm and touches their face to make them stop. The Jukusui-Kun Robotic Bear Pillow not only listens to the volume of snoring, but also monitors oxygen levels, making them a great companion for people with sleep apnea. 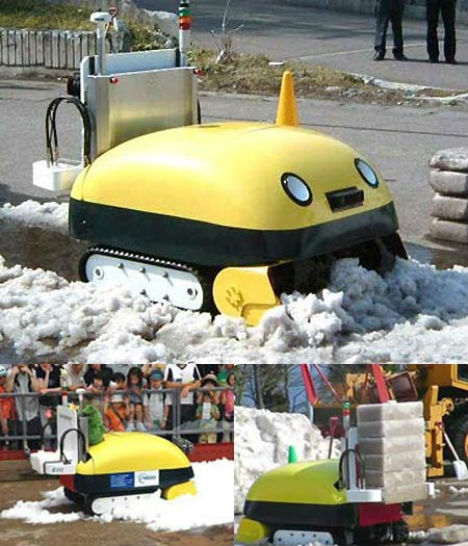 Nobody likes shoveling snow, and in some climates, winter clean-up is an exhausting, never-ending task. Too bad we can’t all have our very own Yuki-taro robots – autonomous snow plows that seek out snow, gobble it up and then excrete compressed blocks of ice which can be stacked and stored until summer, when they can be used for refrigeration or cooling. The researchers that developed it hope that it will be commercially available within five years. 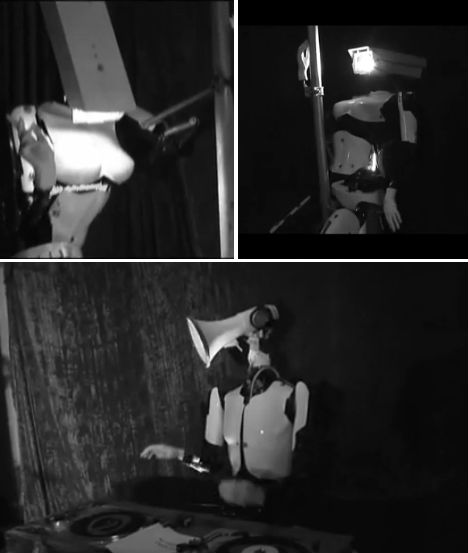 You might find these pole dancers a little stiff. The fully animated robots – along with a DJ – were made by Giles Walker out of raw materials found in scrap yards. Walker controls the robots through a PC using a DMX lighting program. 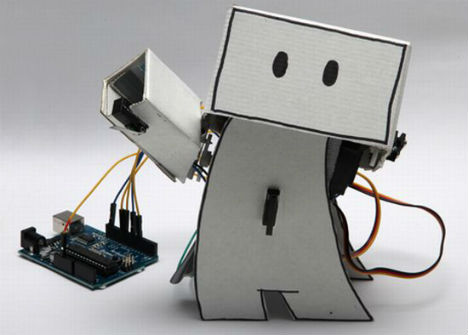 Most people don’t have the time to constantly monitor their Twitter stream for comments that indicate that their friends are either really happy or really sad. Well, there’s a robot for that too. Ken Lim’s ‘Guardian Robot’ will either raise its arm or lower its head in response to your friends’ comments. You can give it a high-five when it’s happy or a hug when it’s sad to return it to its idle state. 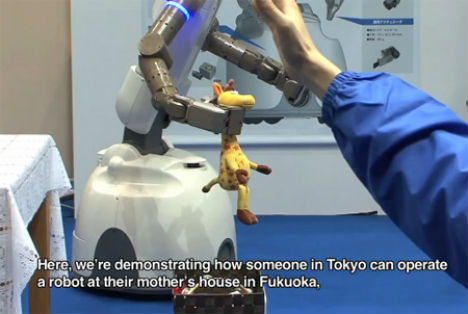 You’re having company tonight, but you haven’t had a chance to clean – you’re stuck at your office job instead, doing busy work. But if you had Yaskawa’s SmartPal VII, you could be cleaning your house remotely – using a robot powered by XBox Kinect. Maybe it won’t scrub the toilet, but it moves well enough to pick some things up off the floor. 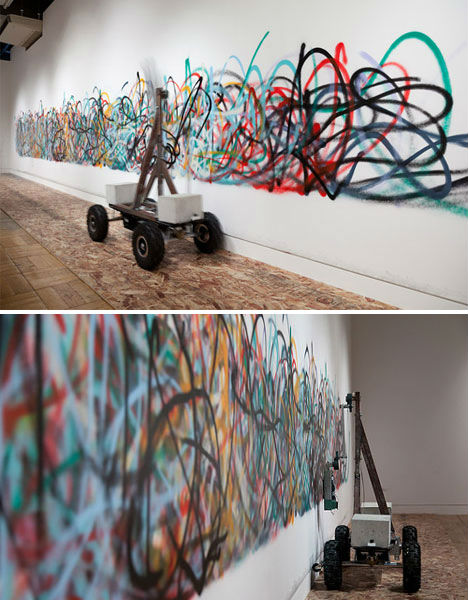 If you’ve ever felt the need to cover a surface in graffiti but couldn’t be bothered to do it yourself, there’s a robot just for you. The Senseless Drawing Bot by So Kanno and Takahiro Yamaguchi moves back and forth in a straight line along a wall, its mechanical arm spraying random scribbles in the colors of your choice. 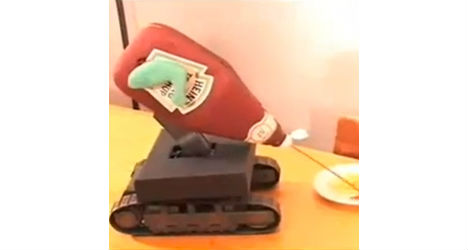 It’s a robot that squeezes ketchup, and it’s got its own theme song. The video speaks for itself. 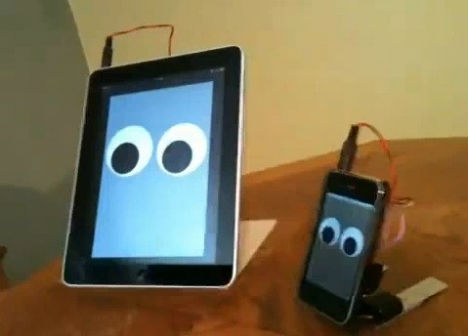 iPads and iPhones become walking, googly-eyed robots in the hands of Kazu Terasaki. When watching the video of this unusual modification, you can’t help but cringe waiting for these expensive gadgets to walk right over the edge of the table and crash to the floor.

Fractal Scene Robot Goes On and On Forever 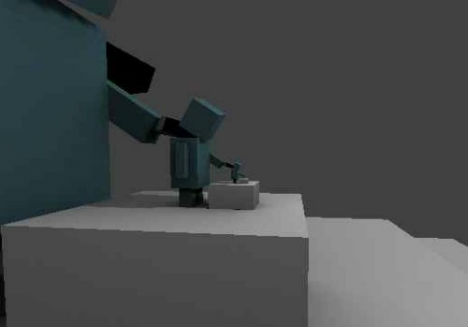 It’s not a physical robot, it’s a digital robot, but it’s still pretty cool. Programmer Matt Kozak created a fractal scene of a robot reproducing. Check out Matt’s website to view the scene from various angles and zoom in and out for the full trippy effect.

“Several years ago, I built a robot whose sole purpose in life was to create an even smaller robot just like himself… So much like himself, that this robot endeavoured to create yet another tiny robot, ad infinitum. This continued for a while until an extremely tiny speck of robot tried to endow purpose upon a cloud of molecules with ruinous result.” 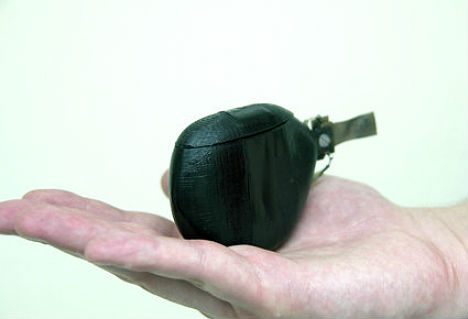 Professor Maurizio Porfiri has produced a robot fish that behaves with such realism, living fish can’t tell that it’s an impostor and will let it lead their school. Porfiri’s fish uses ionic polymers that swell and shrink in response to electrical simulation in order to power its tail for smooth, silent movement. The robot could actually be used to escort schools of fish away from dangers like hydroelectric turbines. 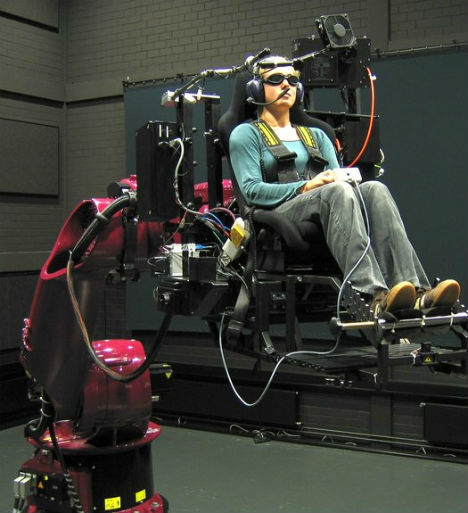 Ever wonder what it’s like to drive a Ferrari at top speeds? A robot by Paolo Robuffo Giordano and colleagues at the Max Planck Institute for Biological Cybernetics in Germany acts as a simulator to replicate the experience without the actual vehicle. A hot pink robotic arm, of the sort normally seen at amusement parks, holds an elevated seat that whips the rider around in front of a massive screen. While this might just be the world’s coolest simulated driving game, it’s also helping researchers study how the human body reacts to motion. 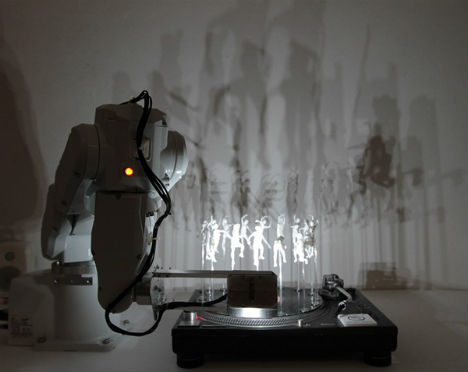 Displayed at this year’s DesignTokyo Tide, ’16 Forms’ by Daito Manabe and Motoi Ishibashi combines a robot arm, turntable, scans and 3D prints of a dancer to produce a strangely hypnotic audio and visual experience. Watch the video at vision.ameba.jp. 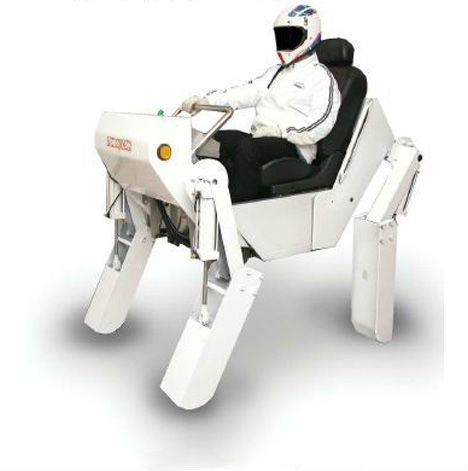 Korean company Robo3 produced a few amazing robots that were available for sale on the company’s website back in 2005 and 2006. Along with a robot bartender and a dinosaur, Robo3 offered the R7, a rideable robot that could have been yours for $5,250.

(images via: the play coalition)

Fitted with a woven planter basket, the ‘Plant Bot’ by The Play Coalition has four mechanical legs that move the plant around the room to find patches of sunlight. Its legs move something like those of a spider, and though it might help keep your plants alive, its best use might be surprising the hell out of unsuspecting guests. 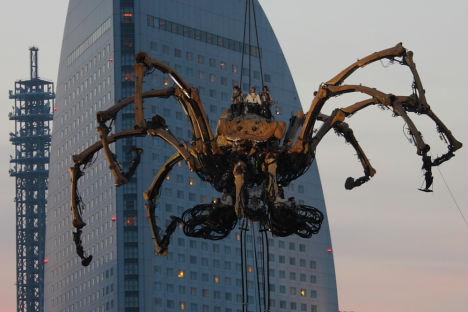 French performance artist group La Machine brought two insanely nightmarish robotic spiders to Yokohama, Japan in 2009 for Expo Y150, a 5-month festival in honor of the 150th anniversary of the opening of the city’s port. The spiders crawled along the streets in a spectacle that brought dubious 1960’s B-rated horror movies to life.

You Don’t Control This Robot, It Controls You 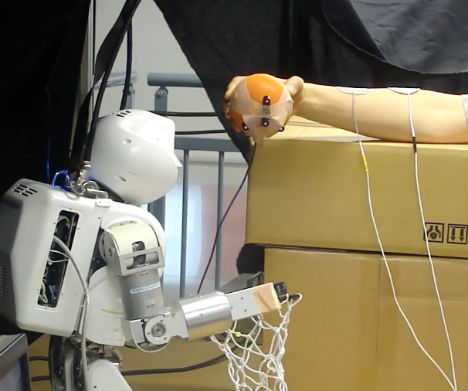 Sure, you can make robots do all kinds of cool and crazy things, but at least one of them turns the tables by controlling a human limb. The robot sends small electrical currents to electrodes taped to a person’s forearm to hold a ball and then drop it through a hoop. The technology could someday be used to help disabled people regain some of their motor skills.