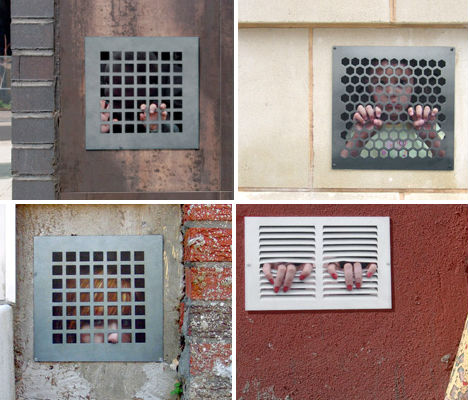 How would you react if you were walking down the street and happened to notice a pair of hands or a face pressed up against a ventilation grate on a wall? Getting over the initial shock of fear that someone really was trapped inside, you’d marvel at the incredible realism of these street art stickers by pioneering Brooklyn-based Dan Witz. 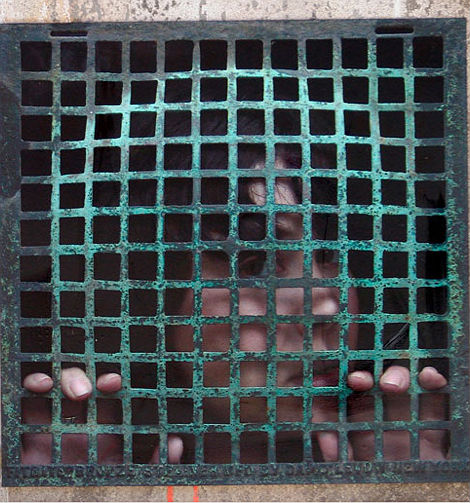 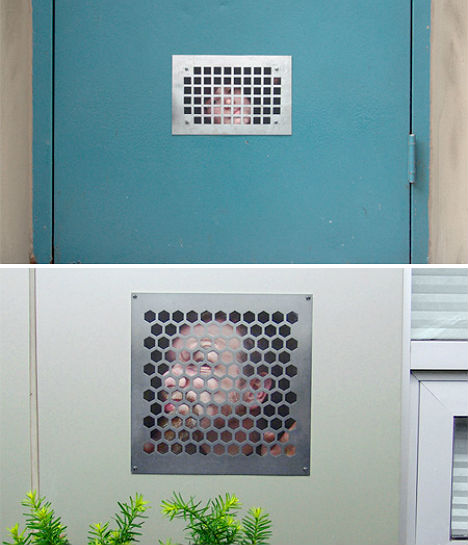 The artist is a trained realist painter, and his figures are stunningly lifelike. For his series ‘Ugly New Buildings‘, Witz places these tromp l’oeil figures in places where vehicles tend to bottleneck, telling SF Weekly, “People are in their cars and inching forward, and they’re like, ‘What’s that?,’ but they can’t get out and steal it because they’d be crazy to get out of their cars.” 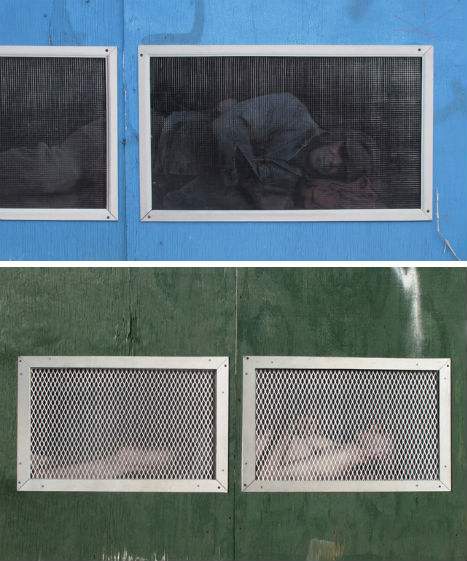 Of the series, Witz says, “In the past few years much of my neighborhood in Brooklyn has been torn down to make way for luxury housing. For better or worse it’s a whole new street-scape out here. Personally, I can’t say I like the new modern architecture very much, it’s sterile and so arrogantly disconnected with its surroundings sometimes it seems like giant alien space ships have landed in the night.”

“But, at the very least, there’s some interesting new textures and surfaces to interact with. These are photo-based, heavily re-painted stickers, mounted on plastic and glued to the walls of the Ugly New Buildings. I hit the Lower East Side and East Village in Manhattan, and Bushwick, Dumbo, Greenpoint and Williamsburg out here in Brooklyn.” 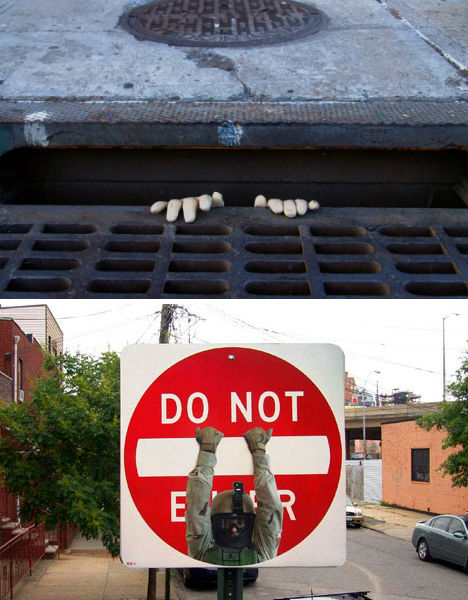 Witz, who has been covertly altering billboards and performing other “corporate vandalism” since the 1970s, appeared in Banksy’s 2010 film ‘Exit Through the Gift Shop’, featuring his ‘Do Not Enter‘ sign in Brooklyn. See a selection of Witz’ art from the 1970s to today at his website, or check out his latest book, ‘In Plain View: 30 Years of Artworks Illegal and Otherwise.’