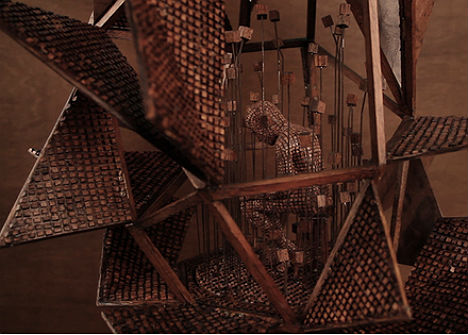 At the winding of a handle and the flick of a switch, gears begin to move inside a mysterious faceted wooden object. Then, as the panels are opened to reveal what’s inside, a solitary figure can be seen, hunched inside a spinning circle. This is the work of sculptor Levi van Veluw, demonstrating the strange beauty of Automata. 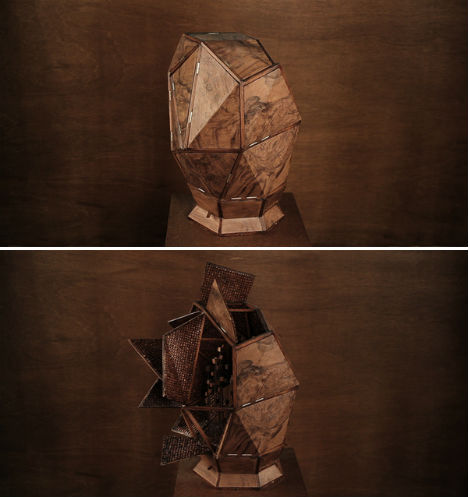 The Amsterdam-based artist is known for photography, sculpture and installations that explore the human form. In a series called Veneer, the artist created three interior spaces inspired by his childhood bedroom and covered them with over 30,000 wooden blocks, balls and slats. Other projects have seen live human models covered in moss and human hair. 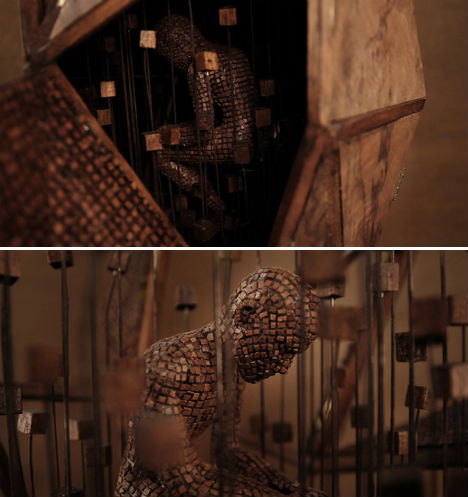 “The images that I make consist of often unlogical combinations of materials, patterns, colours, forms, with my head as the only constant factor,” says van Veluw in his artist statement. “Each element is consciously chosen so as to affect a pre-determined transformation. By playing with the value of the each material and by using them for a purpose that was not originally intended for them, I construct within the image, in a very small way, a different perspective on the world.” 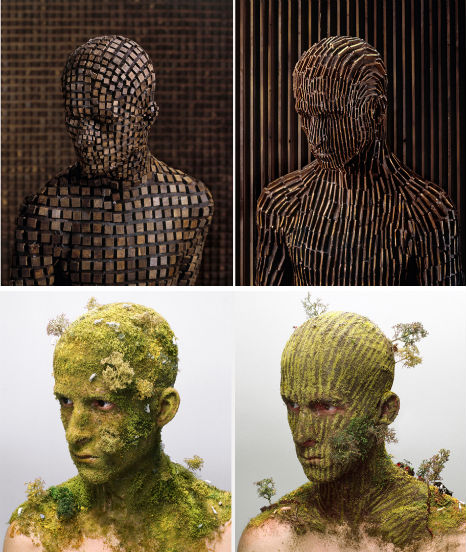 “In most cases it is my head that is the carrier of these transformations and combinations. The expressionless, and almost universal face, allows the viewer to project himself onto the work. Because the works have really existed and have not been digitally manipulated, each image contains a short history of a performance.”