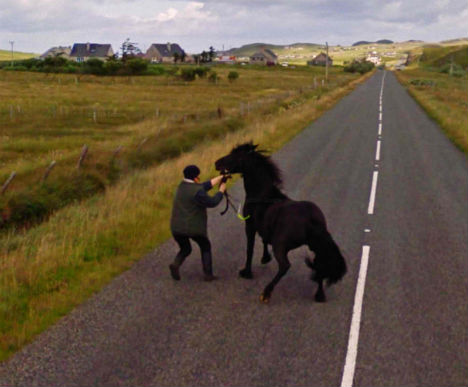 As Google’s Street View vans cruise around the world, they don’t just capture static images of roads, buildings and fields. They take candid snapshots of humanity – images that can be funny, disturbing, strange and haunting. They have frozen moments of grief and despair, of car accidents and burning houses, but also couples embracing and children laughing. A project called The Nine Eyes of Google Street View by Jon Rafman brings these images together into a poignant collection. 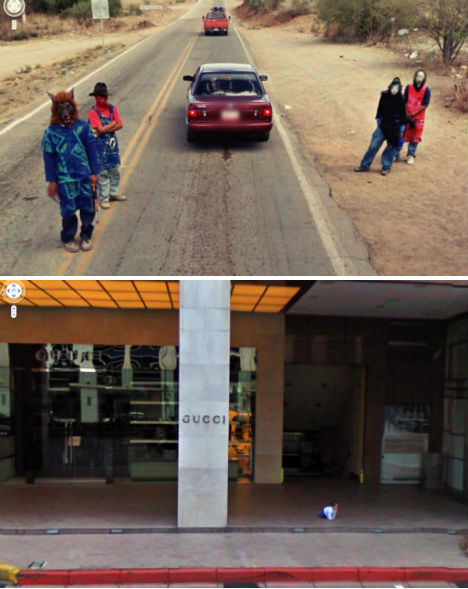 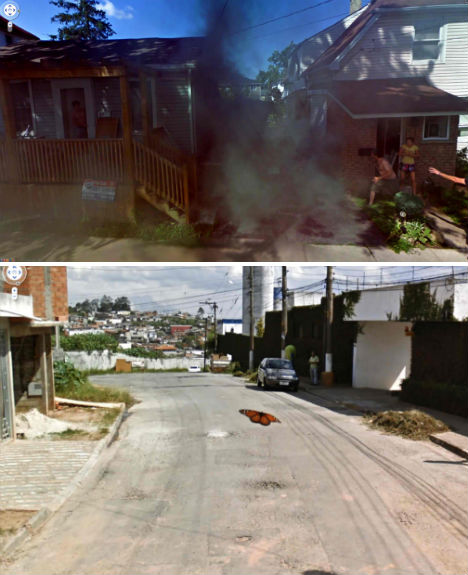 The title of the project refers to the nine camera lenses mounted to the roof of the Google Street View van as it travels. These images are stitched together digitally to create panoramic views, blurring out faces and license plates. Rafman combs through Google Street View images to find the most interesting shots. 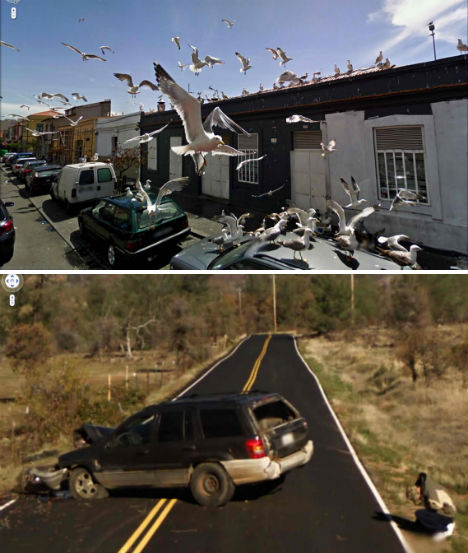 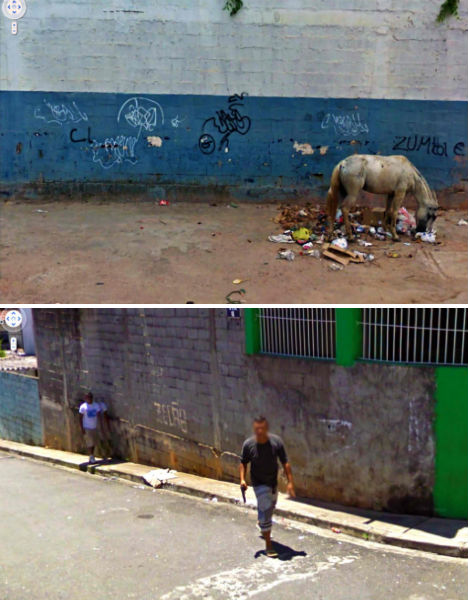 The project began in 2009, and Rafman continues to add more images to his Tumblr, 9-eyes.com. Some recent additions include children holding toy guns, a baby crawling alone on a sidewalk outside a Gucci store, horses running alongside a scenic cemetery and a busted fire hydrant spraying water into the lens. 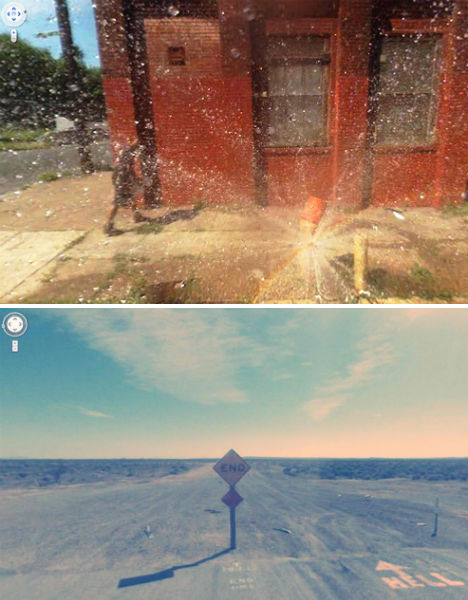 Says Rafman in an essay about the project, “Within the panoramas, I can locate images of gritty urban life reminiscent of hard-boiled American street photography. Or, if I prefer, I can find images of rural Americana that recall photography commissioned by the Farm Securities Administration during the depression. I can seek out postcard-perfect shots that capture what Cartier-Bresson titled “the decisive moment,” as if I were a photojournalist responding instantaneously to an emerging event. At other times, I have been mesmerized by the sense of nostalgia, yearning, and loss in these images—qualities that evoke old family snapshots.”