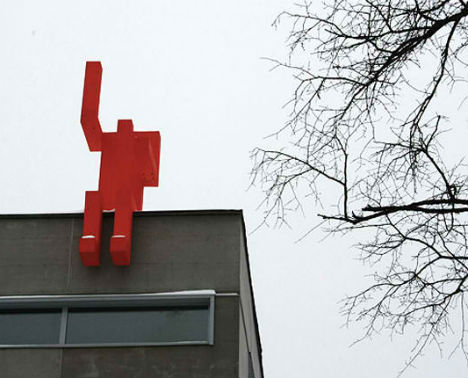 Thirteen red blocks provide endless possibilities for stick-figure people to ride scooters, pose, hold objects and cling to the sides of buildings. These ‘Red People’ have spread throughout the city of Moscow as part of a unique project by Russian art collective Pprofessors, and are even starting to infiltrate politics and popular culture. 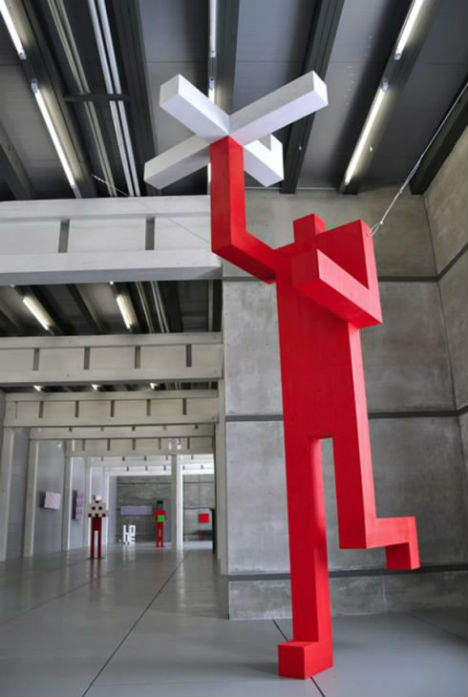 Each set of thirteen blocks used to build a ‘red person’ may be small, creating no more than a 12-inch-tall figurine, or oversized, so that they tower above pedestrians on the streets. 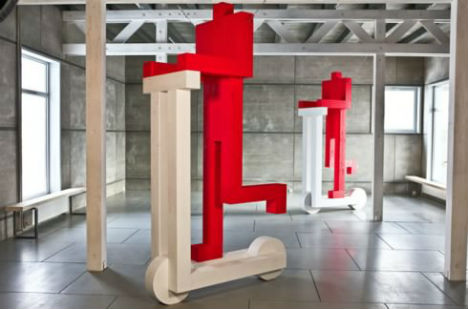 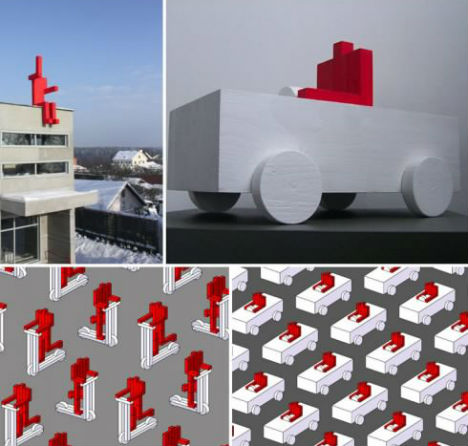 Collacubed translated the designers’ text from Russian, learning that the Red People have become a viral phenomenon since appearing throughout the city, and have even become comic book characters. 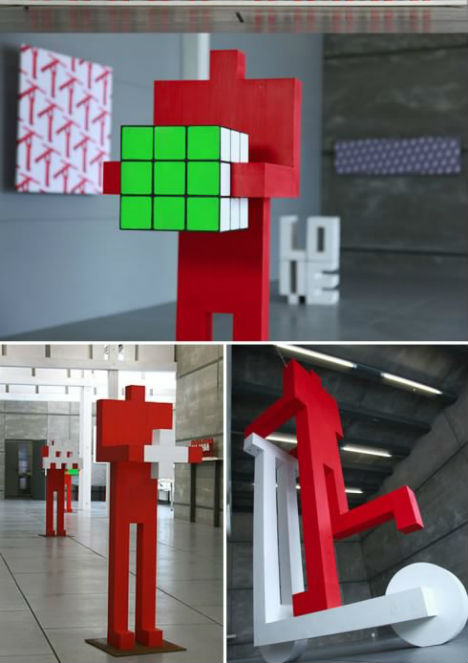 After appearing at the Gridchinhall Gallery in 2010, some of the figures now permanently reside on the grounds, including one perched on the roof over the gallery’s entrance. See more photos at the Pprofessors journal.