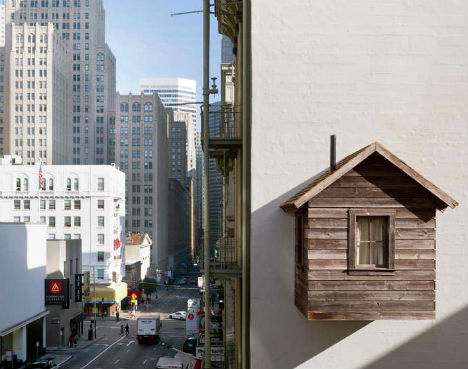 Jarringly out of place, a tiny, rustic cabin clings to the wall of an urban high-rise in the unlikely location of San Francisco, California. The cabin, which is fitted with a rocking chair and even a real, working wood stove, occupies one of the only remaining places in the heart of this cramped city to add a new structure. 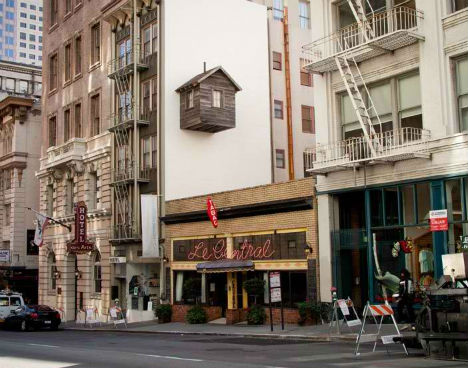 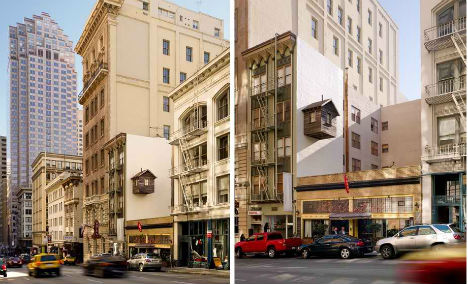 Entitled ‘Manifest Destiny!’, the installation by artist Mark Reigelman is intentionally absurd and incongruous. Affixed like a parasite to the existing infrastructure, the cabin seems to hang rather precariously from the Hotel des Arts above the Restaurant Le Central. The installation will remain in place – allowed to change and weather as a real cabin would – until October 2012. 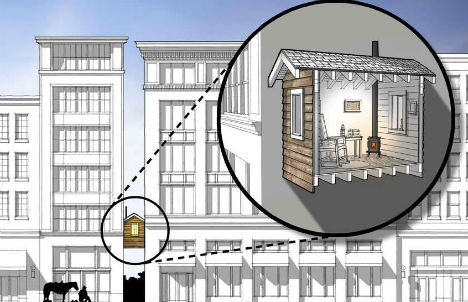 While the project seems to comment on the overpopulated nature of urban environments, the bigger message is about “the romantic spirit of Western myth” and the arrogance of westward expansion in the 19th century. San Francisco is not a welcoming new territory to be claimed, nor was the American west before pioneers began pushing their way into land that already belonged to other people. 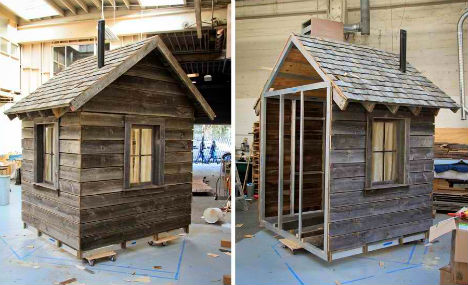 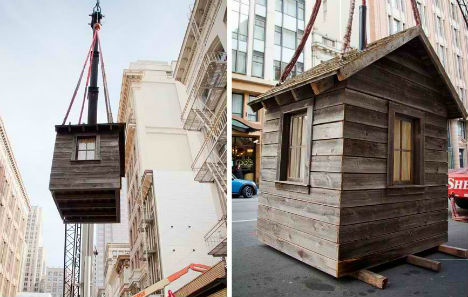