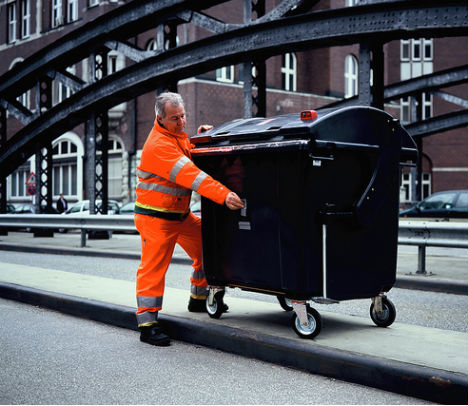 The images are breathtaking: black-and-white urban scenes with all the organic drama and character that only low-tech photography methods can produce. Would you believe that these beautiful photos were taken from inside the grimiest, least glamorous objects that lurk in alleys and on street corners? The ‘Trashcam Project’ transforms dumpsters into traveling pinhole cameras that roll around the city of Hamburg. 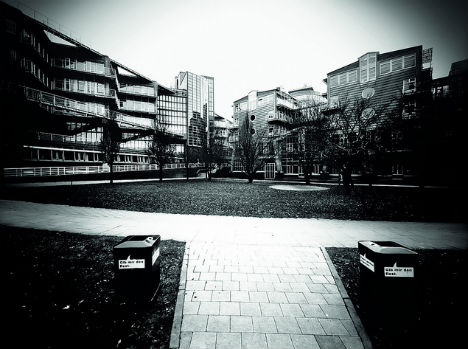 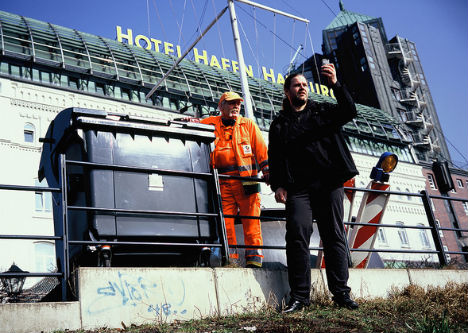 Photographers Christoph Blaschke, Mirko Derpmann, Scholz & Friends Berlin and Matthias Hewing teamed up with the Hamburg sanitation department to alter ordinary dumpsters. Drilling tiny holes into the containers, they taped Ilford photo paper to the back wall of the interior. The length of the exposure is calculated based on the strength of the sun or other ambient lighting present in the scene. 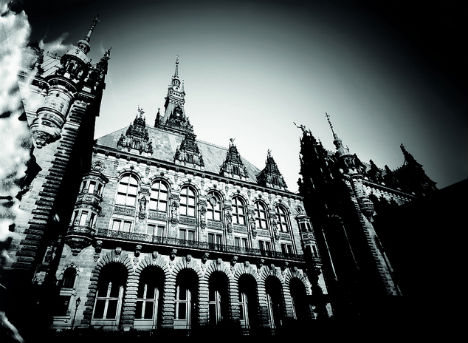 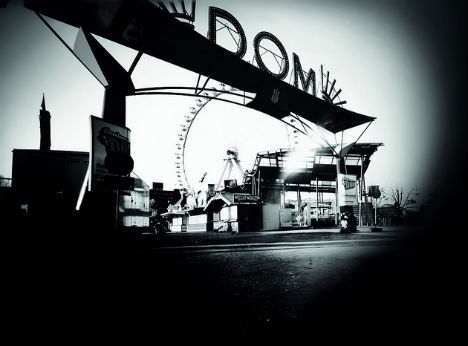 The Trashcam Project has produced a rather haunting series of photographs of the city of Hamburg. The images have the typical vignetting, slight light leaks and other imperfections that often come with this photography technique. The single small hole drilled into the dumpster projects an inverted image of the scene outside on the opposite side of the container. The smaller the hole, the sharper the image produced. 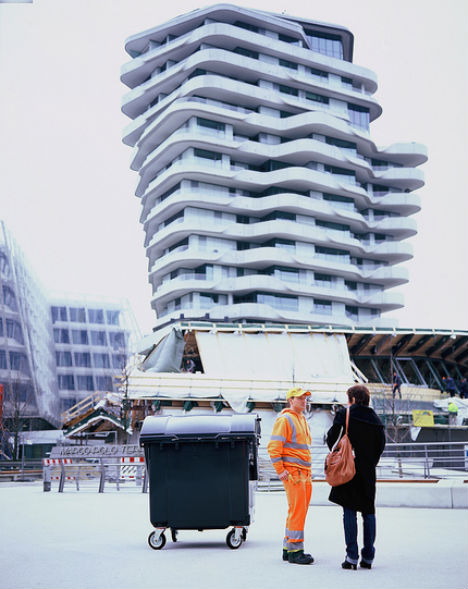 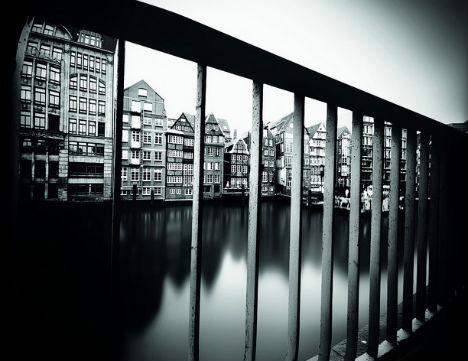 As opposed to high-tech photographic innovations, pinhole photography is all about simplicity and unpredictable results. Among the first forms of photography to emerge in the 19th century, it’s based on a concept that has been around since the 5th century BCE. The first lens was added around 1600 CE, and it wasn’t until 1850 when pinhole devices were first used to take photos rather than simply displaying an inverted image inside a box or a room.

See the whole series at the Trashcam Project’s Flickr.