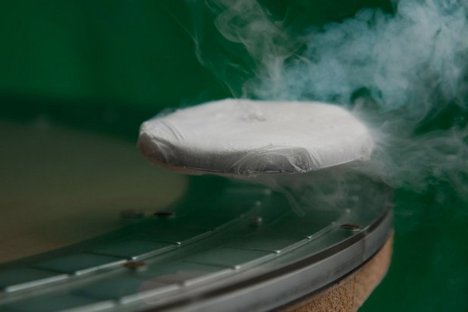 If you ever needed proof that science is completely amazing, the mind-blowing phenomenon of quantum levitation might just do it. A group of researchers from Tel-Aviv University demonstrates the incredible effect in the video below. We aren’t physicists, but the science behind the phenomenon goes something like this: a crystal sapphire wafer is coated with an extremely thin ceramic layer. When it is cooled to an extremely cold temperature, the ceramic-coated wafer becomes a superconductor. 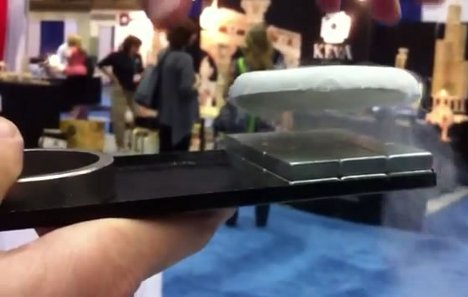 The effect is nothing short of stunning. The wafer appears to levitate effortlessly – and it doesn’t hurt that it gives off impressive amounts of vapor, making the demonstration look almost like magic. It even seems to float upside-down. We have a feeling that if every high-school science teacher used a demonstration like this in class, we wouldn’t be saying “we aren’t physicists” today.