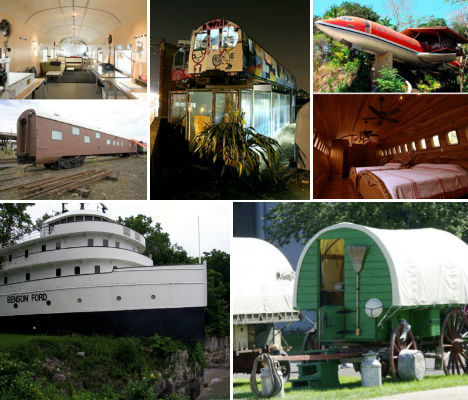 When airplanes have made their last flight, ships are no longer seaworthy and school buses are finished ferrying children to and fro, where do they go to die? Many end up in object graveyards, but some get reincarnated into strange and amazing residences. These 13 converted homes make use of a surprising array of decommissioned vehicles including rail cars, subway carriages, horse boxes and 727s. 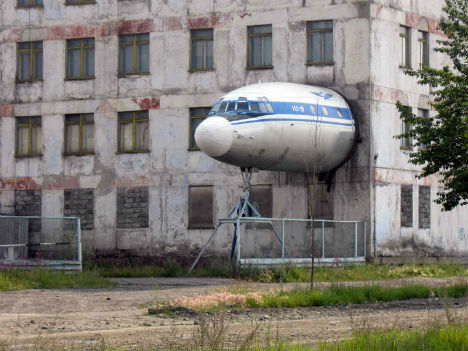 Sticking out of the side of what looks like a dilapidated Soviet apartment building is a bit of an unusual sight: the front end of a plane. This bizarre airplane conversion seems to be simply adding some space to a unit inside. It’s certainly a creative use of a decommissioned plane. 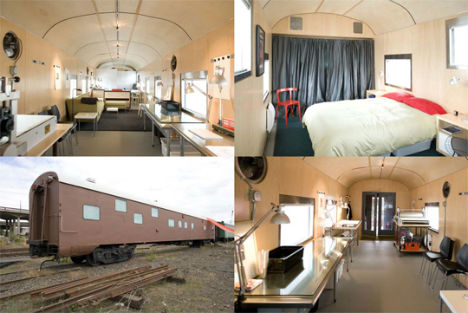 This 1949 Portland sleeper car may not be housing passengers as they cross the Northwest by rail any longer, but that doesn’t mean it’s no longer useful. It’s been converted into a sleek and modern home complete with a bedroom, living room, electric kitchen, DSL and an incinerator toilet. It’s surprisingly roomy at 807 square feet with 10-foot ceilings and went up for sale at $225,000 in 2009. 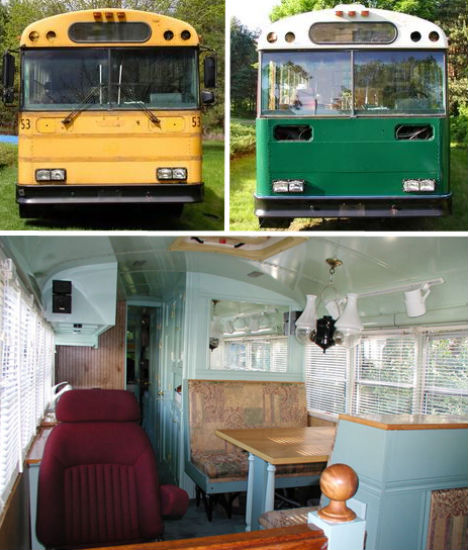 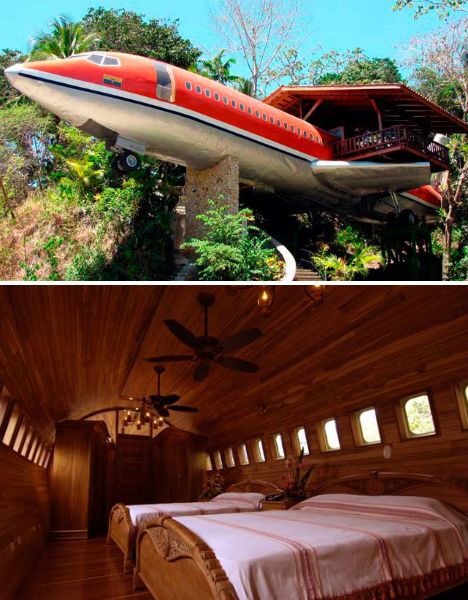 At the Costa Verde hotel in lush tropical Costa Rica, you can experience the luxury of a multi-million-dollar private jet – for the night – without ever taking off. The hotel’s 727 suite consists of a vintage 1965 Boeing airframe once used by South Africa Air, which has been converted to include two bedrooms. Perched on a 50-foot pedestal, the suite has the kind of views that will almost make you feel like you’re flying, after all. 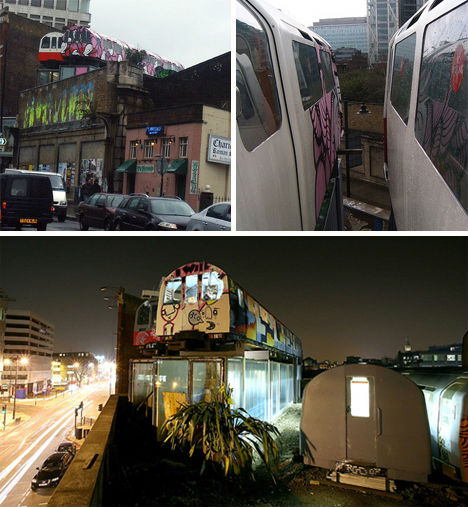 Perched atop more conventional buildings in the Shoreditch area of London are a few disused Tube carriages that have been converted to offices and studio space as part of a community called Village Underground. The carriages, which are still covered in graffiti, have become an area landmark. 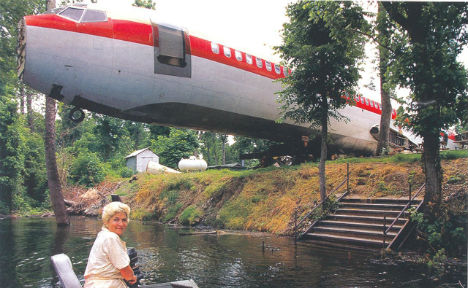 Yet another Boeing 727 has landed in an unexpected place: lakeside in small-town Mississippi. Jo Ann Ussery bought the decommissioned plane when ice-laden trees flattened her conventional wooden house, and spent $24,000 renovating it into her dream home. The tail is anchored in 18 inches of concrete and the nose sticks out over the lake. Inside are three bedrooms, a living/dining room, a fully-equipped kitchen, a laundry area and a master bathroom with a Jacuzzi in the old cockpit. 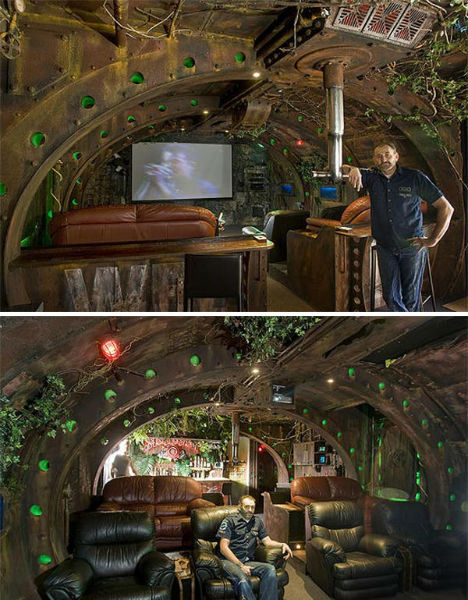 Unfortunately, this steampunk wonder was not crafted from a real submarine – but by the looks of it, it might as well have been. Homeowner Wayne Eyre turned his den into a ‘Steampunk Submarine Room’ designed to look like a real submarine complete with ‘plutonium leaking’ torpedoes 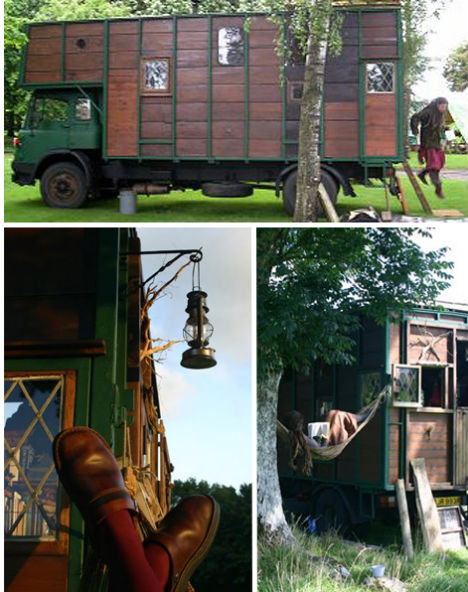 (images via: into the hermitage)

A wooden ‘horse box’, as they call them in the UK, served as a quirky handmade home on wheels for a nomadic couple traveling through England and Scotland. The travelers gave the Bedford TK horse box beautiful reclaimed church windows and a dutch door, with the inside meticulously organized in order to fit as much function into the tiny space as possible. Construction of the room came at no small cost – about $72,000 USD. 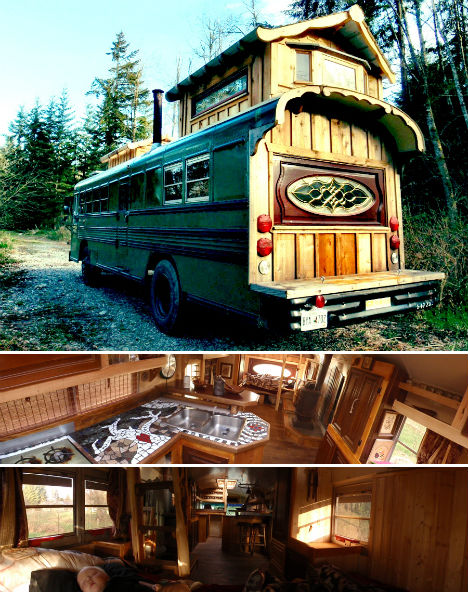 How adorable is the Green Cedar Bus, a school bus that’s been converted into a highly detailed and customized home? The old Bluebird bus has the same level of craftsmanship that you’d expect to see in a more conventional home, including hand-carved wood trim on the rooftop expansions, stained glass windows, mosaic countertops and wood flooring. 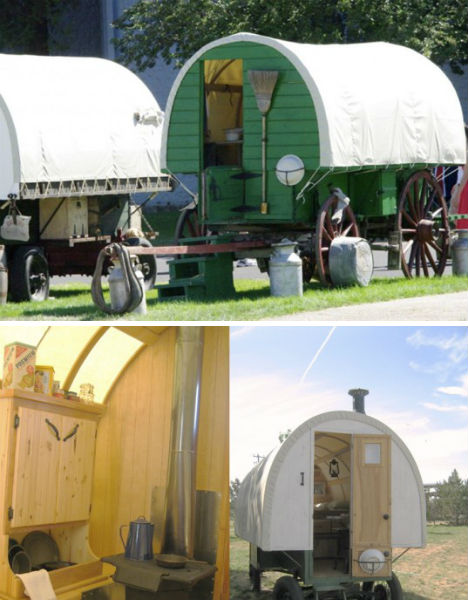 Want to live out the classic computer game Oregon Trail in real life? Okay, maybe that doesn’t sound so appealing, given the dysentery and all. But hey, living in a covered wagon could actually be a pretty fun novelty. A company in Idaho converts sheep wagons into canvas-covered homes that come with memory foam mattresses, 110-volt outlets for gadgets, pull-out dining tables and even antique wood stoves. 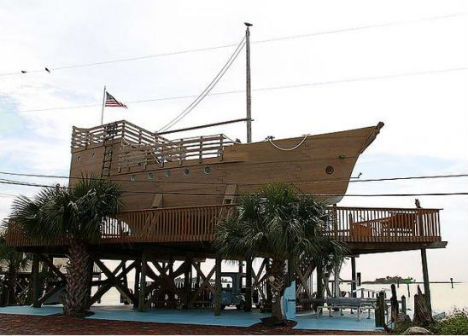 Raised on a wooden platform to give it a view of the ocean, this boat in Dixie, Florida was originally built to be used on the water, but never did make it in. As it was being built, the man who owned the land it sat on decided he wanted to turn it into a home. It’s become a point of interest on Horseshoe Beach, and also serves as a perch for osprey and other birds. 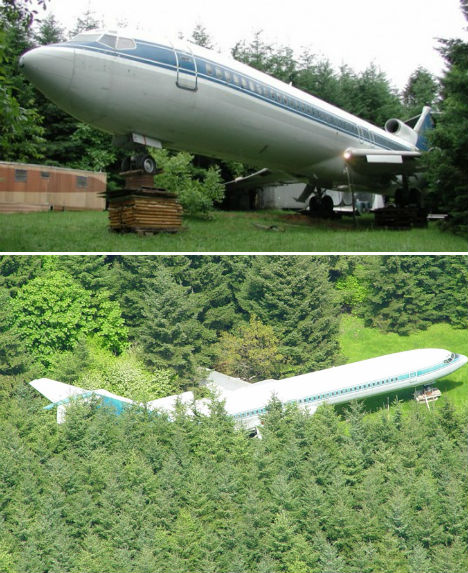 When these images first went around the internet, removed of their context, many people wondered what the story could possibly be about this plane, seemingly plopped down in the woods in the middle of nowhere with no explanation as to how it could have gotten there. The plane is, in fact, Oregonian man Bruce Campbell’s dream home, and to get it to his rural property, he disassembled it, trucked it in and then put it back together. Rather than totally transforming the inside, as many other plane-to-home owners do, Campbell (not that Bruce Campbell, FYI) kept as many of the original components as possible. 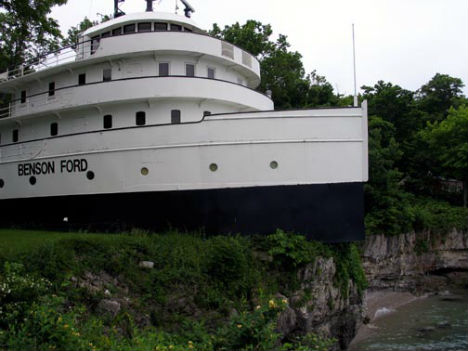 The way this boat is set on the edge of a lake, it almost seems like it could have been swept up there by high water during a storm. In fact, it was carefully placed on Ohio’s South Bass Island in Lake Erie using a number of cranes by a couple who couldn’t bear to see the magnificent residence inside the boat scrapped when it was decommissioned in 1986. Built by Henry Ford for his grandson, the Benson Ford boat features walnut-paneled state rooms, a galley, dining room and passenger lounge.