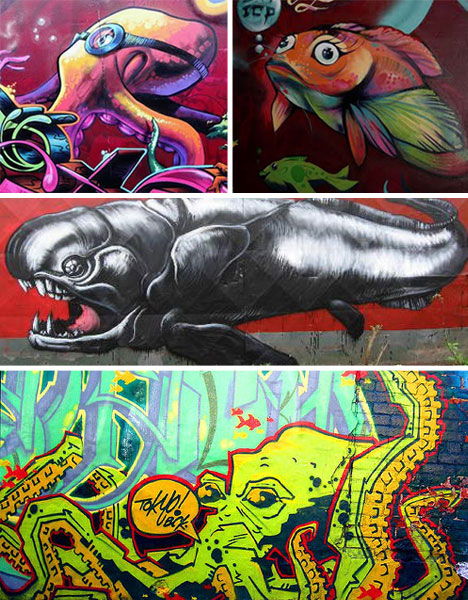 If Aquaman had a spray can, he would fill the streets with exotic visions of giant octopi, and vicious sea monsters. Thankfully, street savvy artists have taken the ocean theme into their own hands. 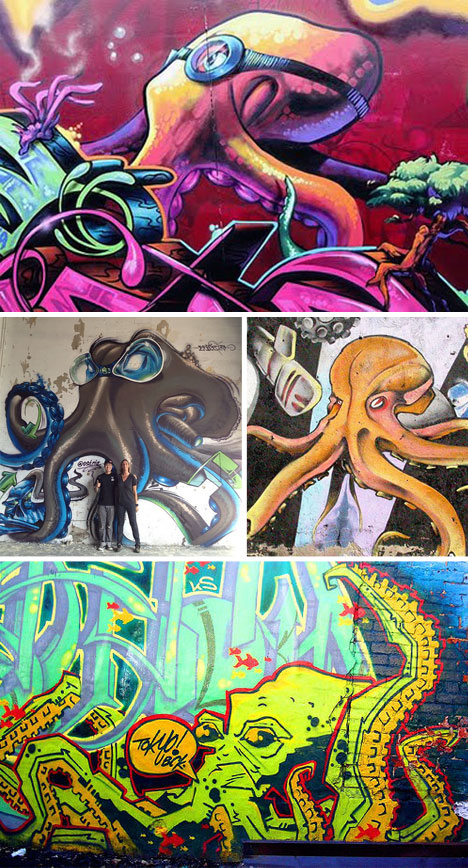 Anonymous artists created most of these octopus images, with styles ranging from the fanciful, to the realistic, and to the more abstract. The large gray octopus was created by artist Estria in Hawaii. 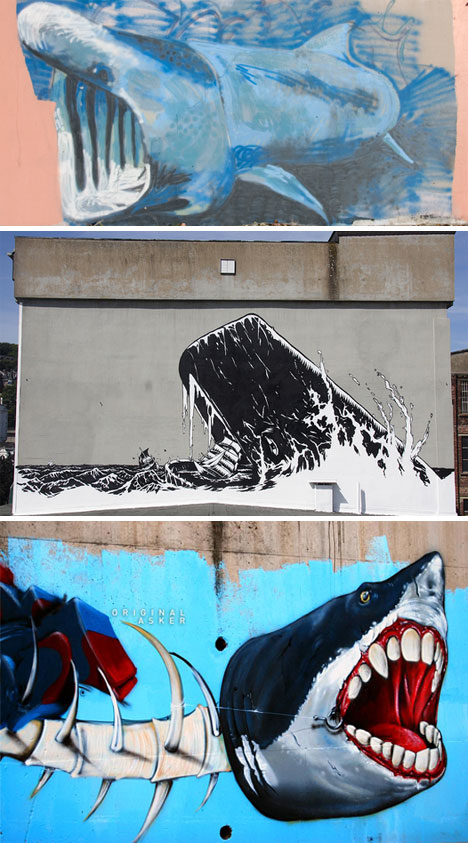 The shark featured here is the last remnant of a mural in Miami. The gigantic whale is the creation of Felix Gephart and Dominik Hebestreit, two German artists. The final shark, having a very bad day, was painted by Asker, an Italian artist who has a real eye for the surreal. 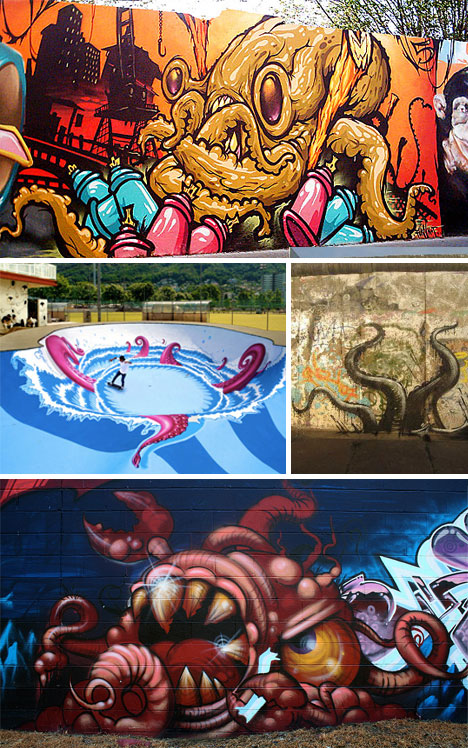 The graffiti loving octopus is known as “Octopussy” and was painted by street artist Flannmd. The dark tentacles are found in an alleyway with no artist attribution, while the menacing sea monster can be found on a wall in Ohio. The once pool, now skate park is located in Lugano, Switzerland. 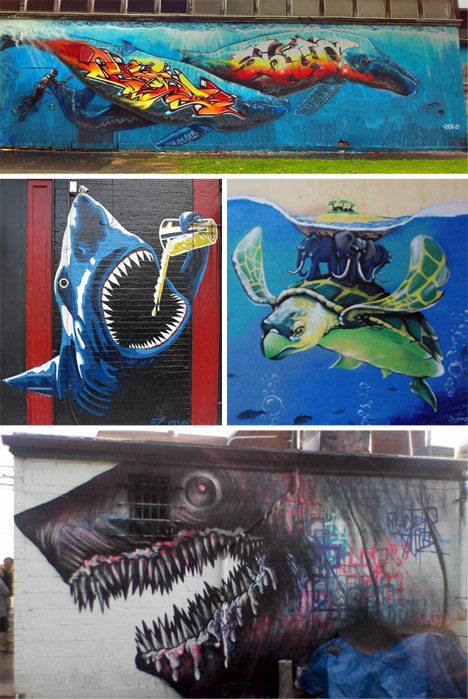 These whales are sporting some colorful graffiti tags in Germany, while this Russian turtle is carrying the weight of the world on its shell. This fearsome-toothed shark dominates an entire wall, overlaying the other tags that once decorated it. A much less scary shark is enjoying a nice beer in this portrait. 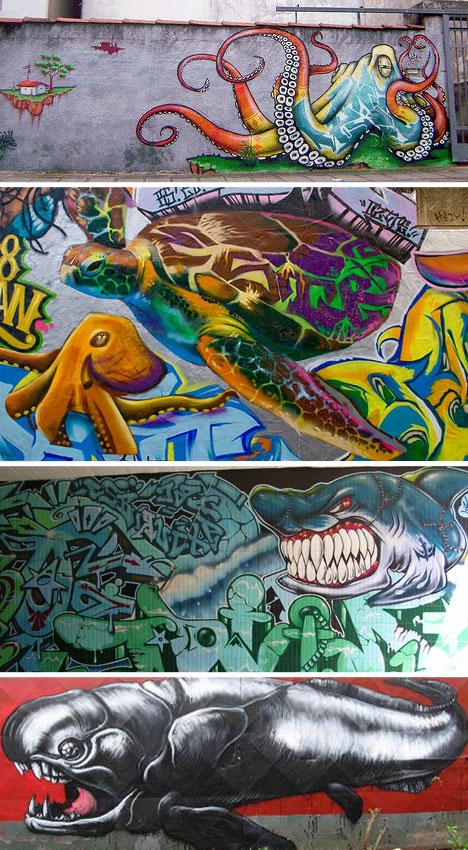 This gorgeous octopus fills most of the scene, while a brightly decorated sea turtle stands out against an ocean backdrop. A shark in Munich shows off its grin while a prehistoric fish rounds out the photos. 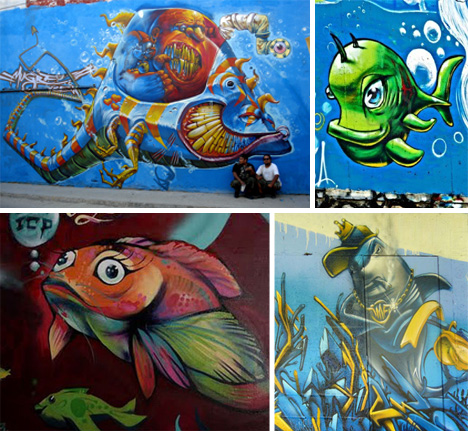 Graffiti artist Cix Mugre brings us this gorgeous underwater scene. This fish was created as part of the “Creatures from the Black Sea” graffiti jam in Bulgaria. The street artist, Spot, created this thug shark. The doe-eyed fish shows a great use of color.