106 years ago, San Francisco was in ruins. The earthquake of 1906 destroyed over 80% of the city, with 30 fires that broke out as a result burning down 25,000 buildings on 490 city blocks.  But reconstruction preserved much of the city’s architecture, and today you’d never know that it occurred at all – as evidenced by a set of amazing composite images by photographer Shawn Clover. 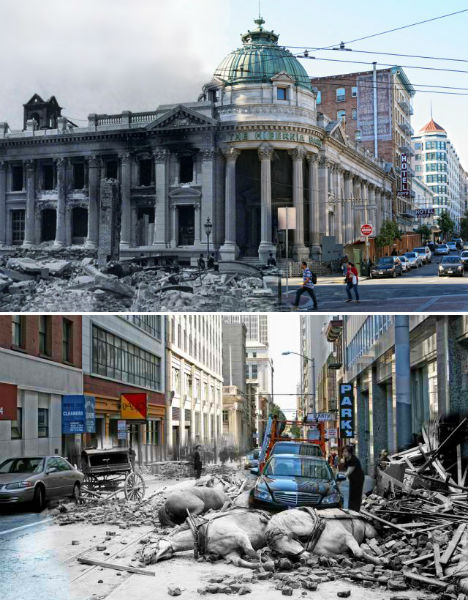 Clover has released his painstakingly researched and constructed images in two parts, with the first released in 2010. Reminiscent of Sergey Larenkov’s Ghosts of WWII series, in which archived photographs of war damage were mixed with modern photos of the same sites, Clover’s images display the regeneration of one of America’s greatest cities. 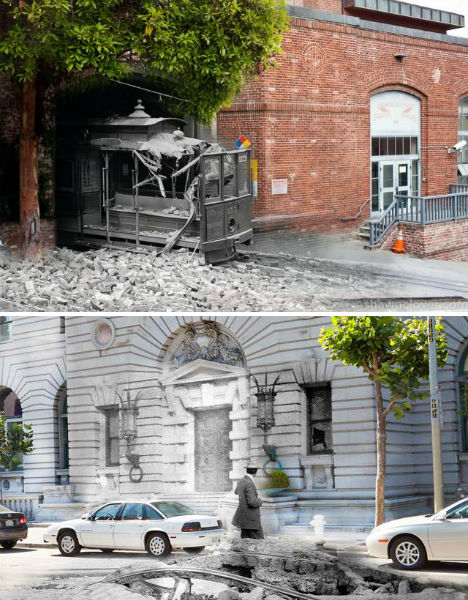 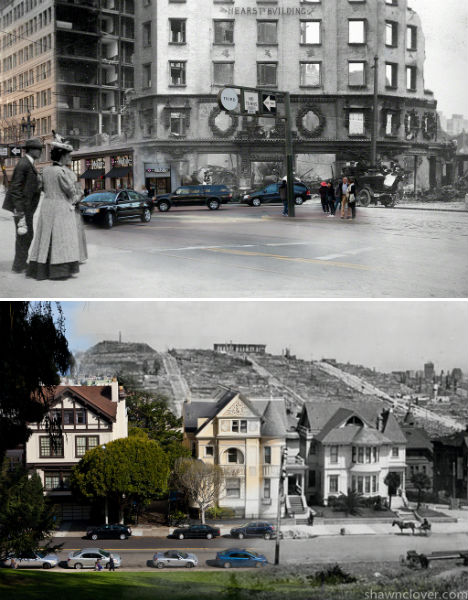 “To put these photos together, I first create a catalog of historical photos that look like they have potential to be blended,” says Clover on his website. “Unfortunately most of these photos end up on the digital cutting room floor because there’s simply no way to get the same photo today because either a building or a tree is in the way.” 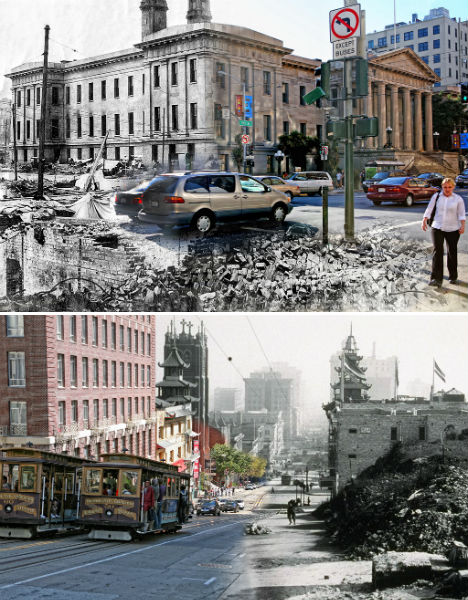 “Once I get a good location, I get everything lined up just right. My goal is to stand in the exact spot where the original photographer stood. Doing this needs to take into account equivalent focal length, how the lens was shifted, light conditions, etc. I take plenty of shots, each nudged around a bit at each location. Just moving one foot to the left changes everything.”