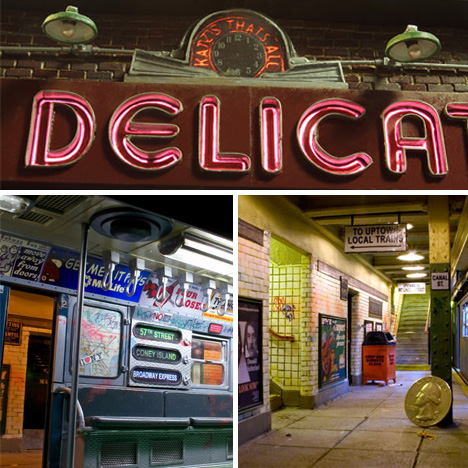 Alan Wolfson is a master of the miniature. His urban sculptures are tiny, incredibly detailed views of the mundane city landmarks that urban citizens interact with on a daily basis. 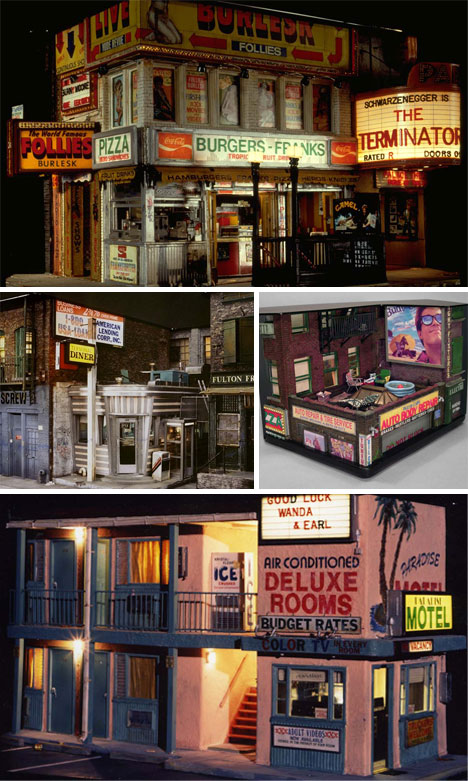 Alan Wolfson’s artistry is not just confined to his technical ability; his true artistry is how he captures the atmosphere of a specific time and place. “Follies Burlesk” is the top piece, made in 1987. The box is “Brooklyn Rooftop”, a creation he made in 2005 and depicts an interesting view of the city mainstay; the rooftop patio. Alan is so particular, that you can even look into the windows on this piece and see the interior of an apartment. Alan created “Paradise Motel” in 1989, and the final piece is “Terminal Diner”, which is part of his “Diners and Eateries” collection. 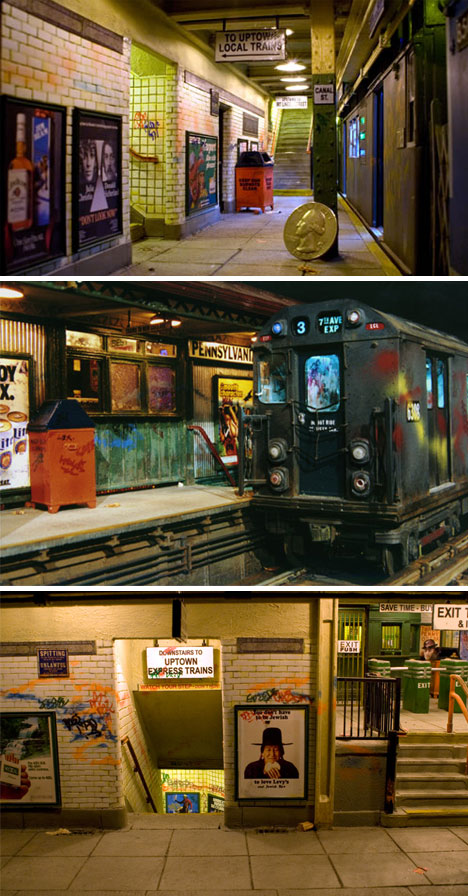 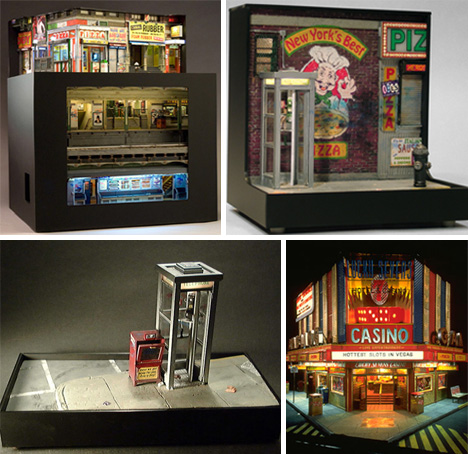 “Canal St. Cross-Section” is featured again, with a full view of its three descending levels. “New York’s Best Pizza” and “Street Corner #1” are both from a collection featuring phone booths. “Lucky Sevens Casino” is brilliantly lit, making it look like it was torn straight from a real street corner. 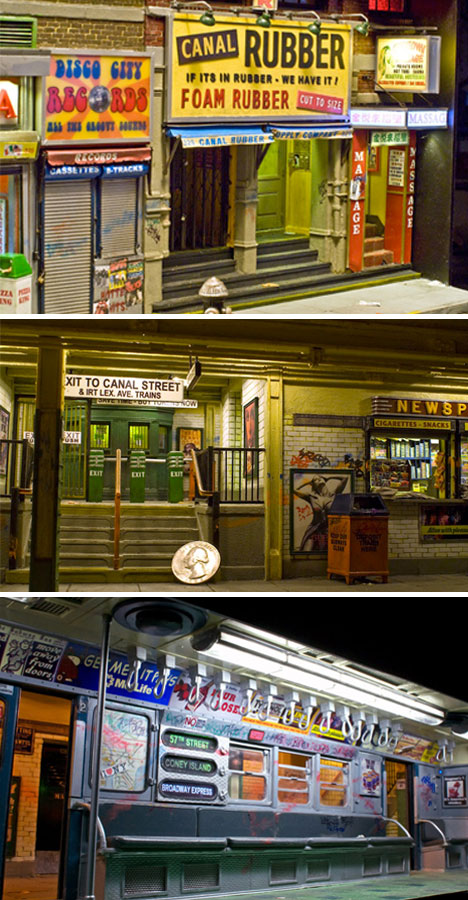 These three detailed views of “Canal St. Cross-Section” display the different levels of the piece and highlight the incredibly hyper-realistic details. From real-looking ads, to intricate brickwork, it is difficult to differentiate these urban sculptures from real photographs. 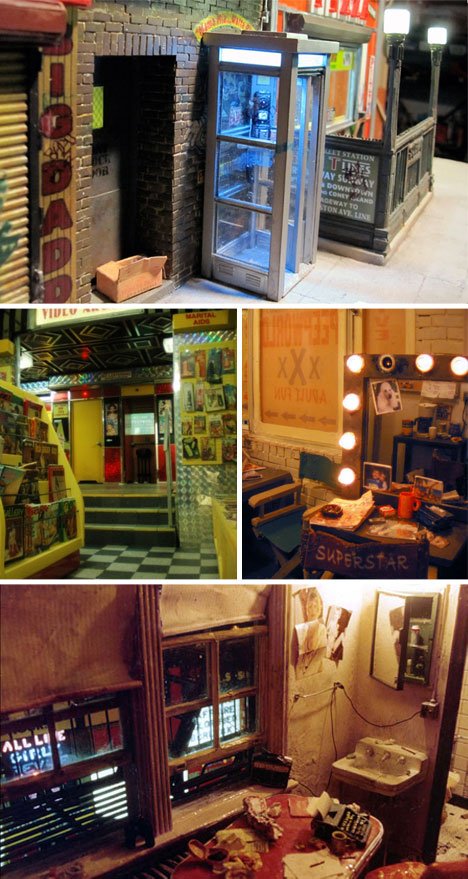 A detail from the tiered masterpiece “Canal St. Cross-Section” and one of his most intense projects to date, “Peep World”, which depicts the inside of a dirty video store and peep show. “Times Square Hotel Room” has a beautiful view out of its windows, and “Peep World” makes another appearance, with this detailed view of its magazine collection. 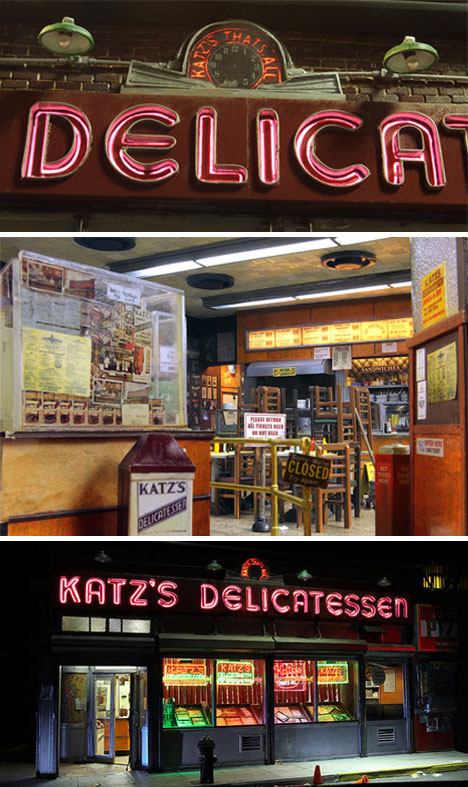 “Katz’s Delicatessen” is Alan Wolfson’s newest piece, and it’s most stunning feature is the intricate neon lighting that looks incredibly realistic. It would be difficult, if not impossible, to find another miniature artist with such a consistent quality and tone to their work. To see more images from Alan Wolfson’s portfolio, visit his site here.