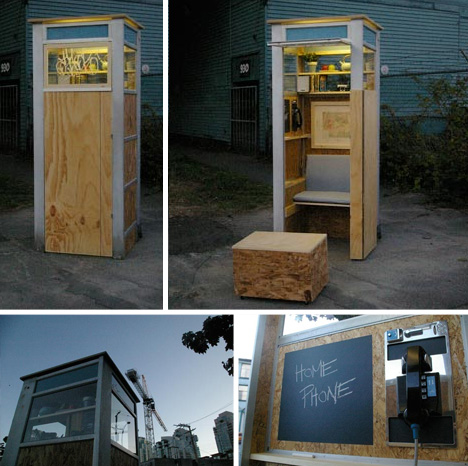 A more conceptual proposal from Contexture Design, the so-called Home Phone addresses (in either sense) the “many homeless without the benefit of a cell phone, the public phone booth is an important amenity to connect beyond local neighborhoods. We see the loss of the phone booth as a loss of public infrastructure in our cities. Our design reshapes that public facility by creating a stylish, small home – a home phone.” 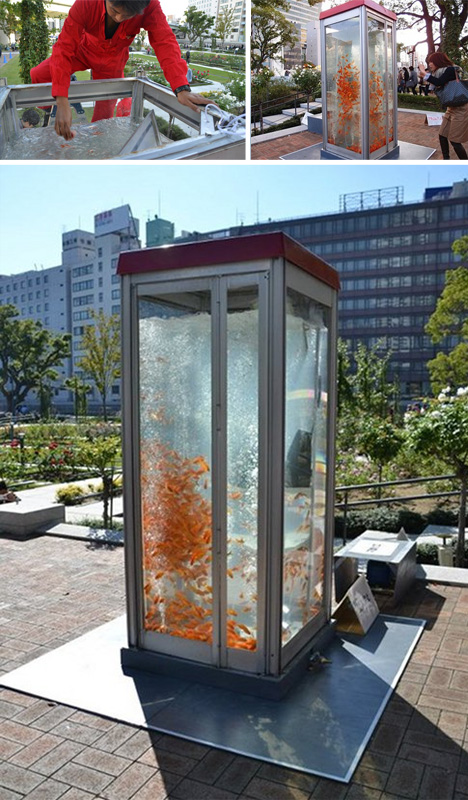 A few fun artistic projects have come from merging the concept of a clear-sided phone booth with a classic aquarium.  The Kingyobu Collective went for the traditional goldfish – a simple project that speaks for itself. 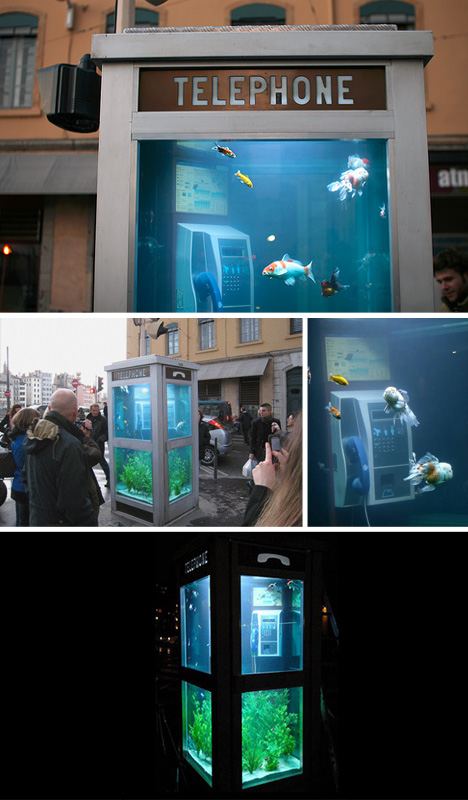 By contrast, Benoit Deseille and Benedetto Bufalino spiced things up with additional tank-typical decor and more exotic species of fish, as well as some tanks lights that really bring their work to life at night. 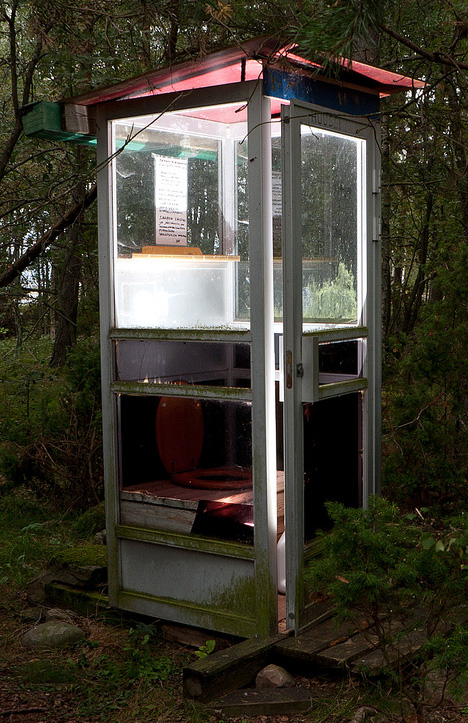 Fragment.fi on Flickr documented a fairly offbeat reuse in the wild (and rather wild itself, for that matter): a phone booth box turned into a rural toilet, giving you just a little less privacy than you might want from a public outhouse, but still fascinating.