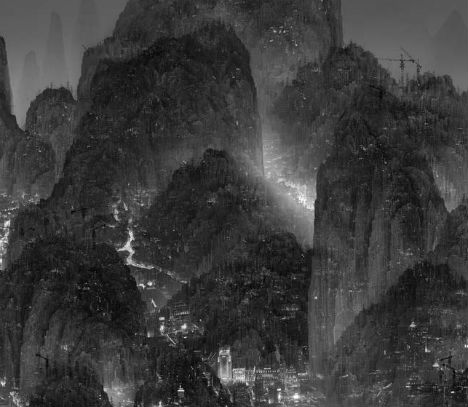 The rapid industrialization of China and its effects on the nation’s beautiful natural scenery are depicted taking over traditional landscape scenes in a stunningly detailed series of digital works by artist Yang Yongliang. The imagery of Song dynasty artists, who painted pastoral scenes filled with peaceful mountains and pristine waterways, is juxtaposed to disconcerting effect with futuristic megacities, leaving little land untouched by urban growth. 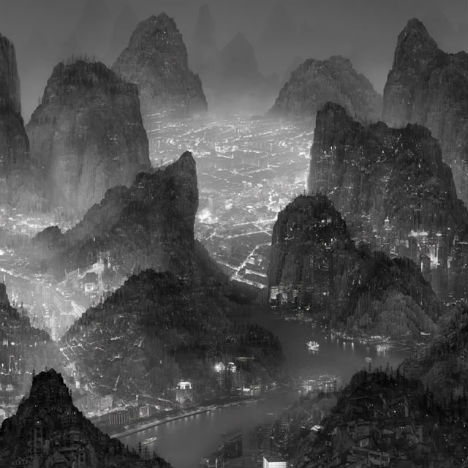 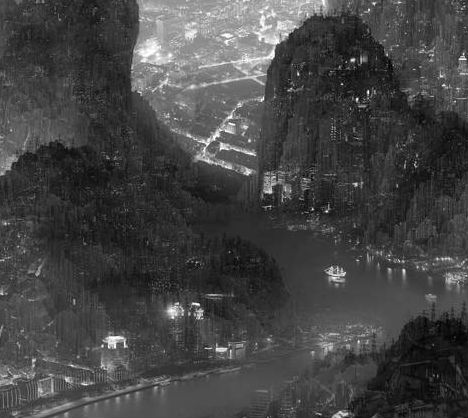 The viewer must get very close to each work to see all of the complexities contained within them. Yongliang has envisioned a future in which there is virtually no escape from the hand of man, with skyscrapers clinging to the sides of mountains and rivers clogged with boats. What might be a dark nighttime scene is hazy with light pollution, made even brighter by presumably smog-filled skies. 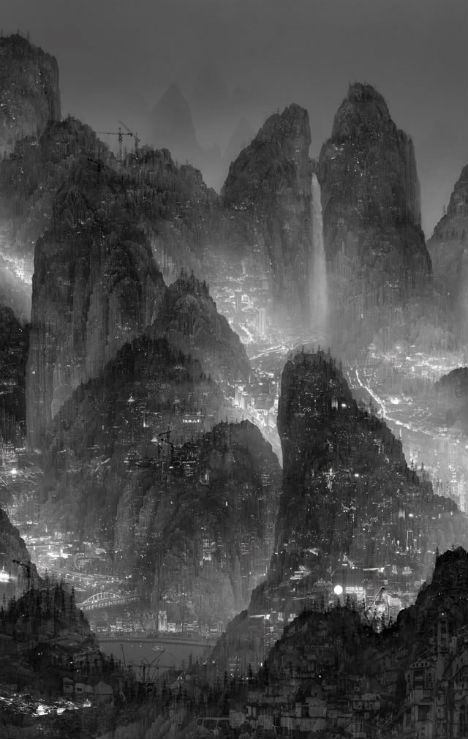 ‘Sleepless Wonderland’, pictured above, even mimics the artistic style of 12th century Song dynasty painters with ‘cun’, traditional texture strokes that were used to outline trees and texture land surfaces. These Song landscapes have long been considered an ideal representation of the beauty of Chinese nature. 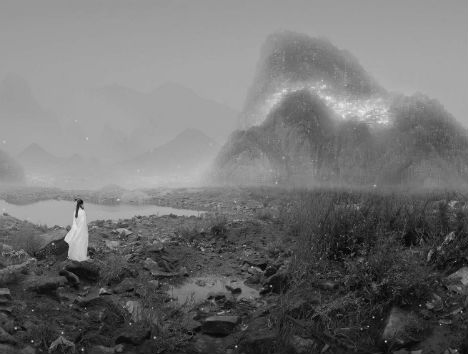 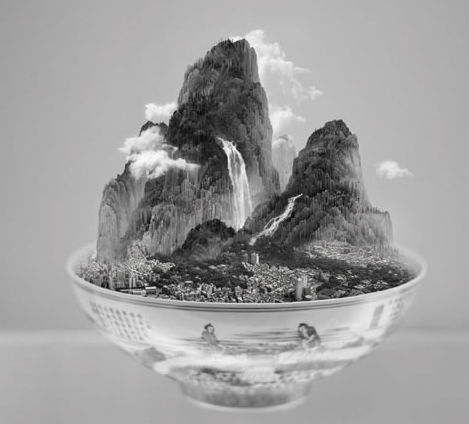 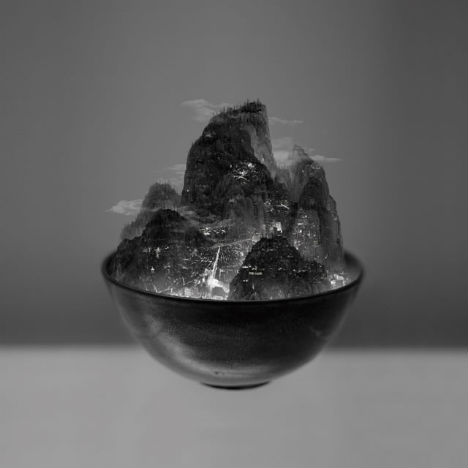 In other works, such as ‘Crocodile and Shotgun’, figures in traditional Chinese dress look out upon wasted landscapes filled with industrial remnants and land mines. ‘Bowl of Tapei’ offers two variations of the city: one idyllic, with hovering clouds, the other dystopian and steaming with factory smoke. See more at Galerie Paris Beijing.