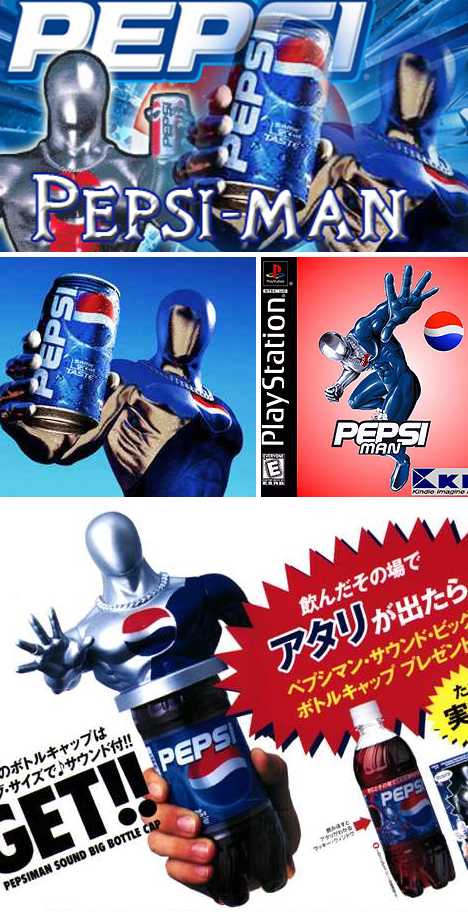 Pepsiman… he’s a long tall drink of water, plus a few added additives and extracts. Created in the mid-1990s by Canadian comic book artist Travis Charest, Pepsiman became an official Pepsi mascot for Pepsi Japan and starred in a dozen popular TV commercials. Like Kool-Aid man, Pepsiman runs to the assistance of thirsty people though without all the wall-breaking and associated mayhem. Good for homeowners, bad for lawyers and home repair contractors. 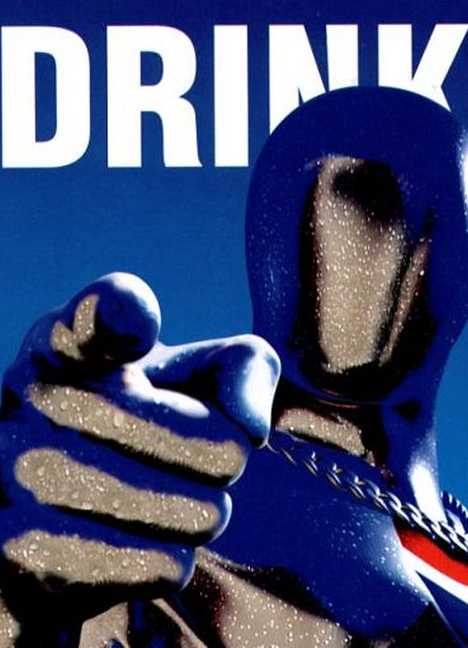 In 1996 Pepsiman got a new lease on life starring in Sega’s Fighting Vipers arcade fighting game. This led to the 1999 release of the Pepsiman video game for Sony’s PlayStation platform, which features Pepsiman dodging obstacles and avoiding danger in his never-ending quest to soothe the world’s thirst. 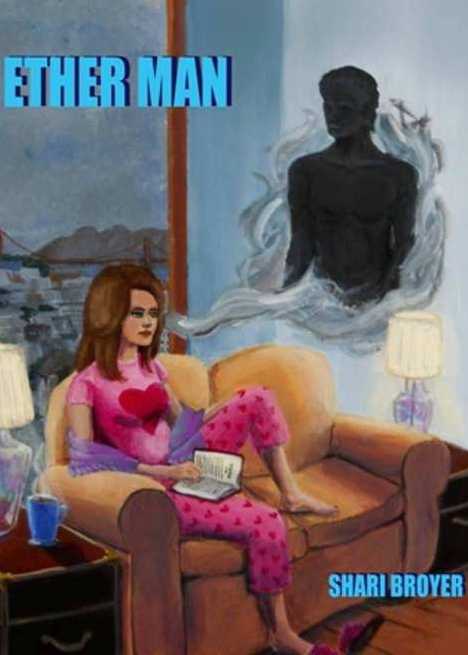 Ether Man isn’t the patron saint of discount dentistry, nor is he a crime-fighting anesthesiologist who gently subdues evildoers with a blast of mind- and body-numbing gas. He does, however, take pride of place on the cover of Shari Broyer’s well-received 307-page novel of romantic escape… a cover featured at LousyBookCovers.com. 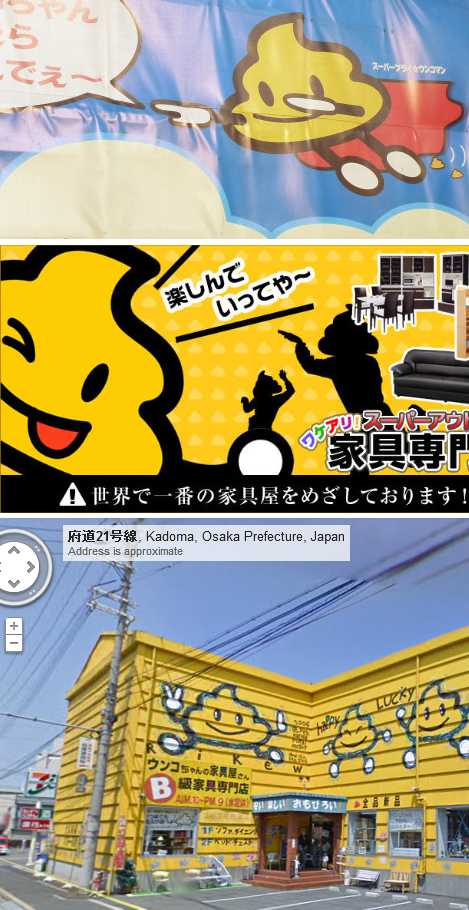 (images via: Gigazine and Unkochan.com)

When all the cool superheroes have been taken, it’s time to scrape the bottom of the barrel… or do like Japan’s Unko Furniture did: break through the barrel’s bottom and plunge into the septic tank. Indeed, “unko” is the Japanese word for poop and that makes Unko Man “Poop Man”, just in case the amusing and alarming graphics don’t make that point perfectly clear. 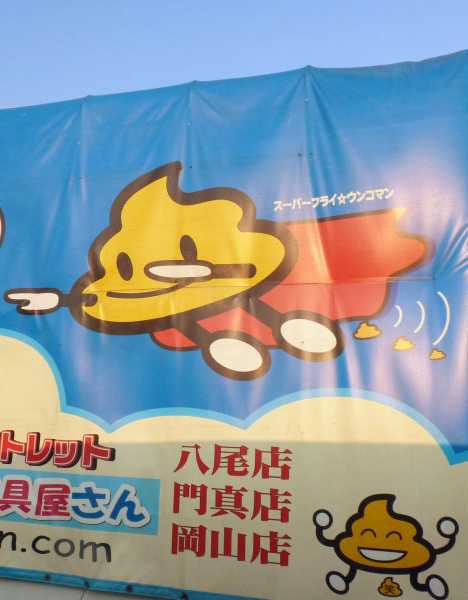 Unko Man flies through the formerly sweet-smelling air, trailing a bright red cape while bombing open-mouthed onlookers below with a B-17 style string of mini-poops – a recipe for disaster if ever there was. The character is prominently featured on the company’s website, delivery trucks and factory warehouse. Why? Perhaps the name of the game is lowering expectations so customers ordering their crappy furniture will be pleasantly surprised.