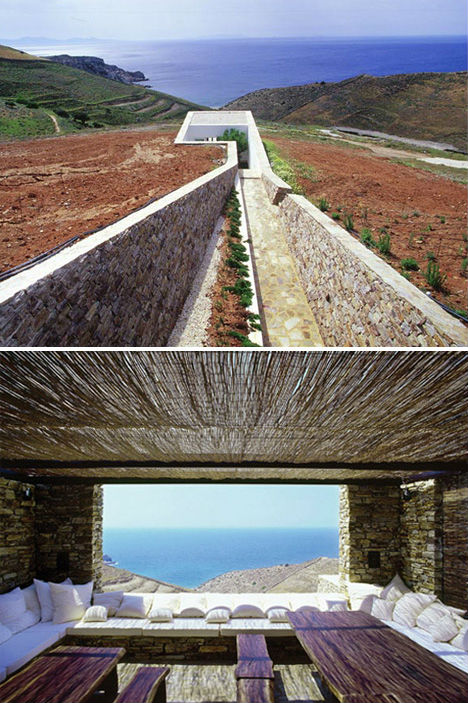 This partially subterranean house in Greece blends into the terraced hills that surround it. Made of traditional stone and white stucco, the modern home features an enviable view of the Aegean Sea. 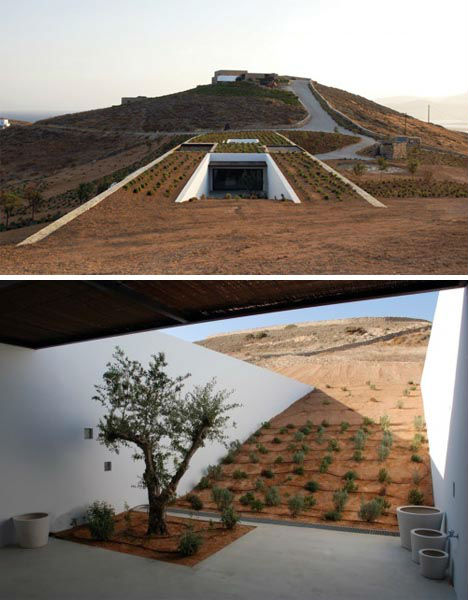 Another underground residence in Greece is camouflaged in a hill, with a similar balance of natural and modern elements that make it an architecturally striking half-hidden home. The home’s flat roof gives it a bridge-like appearance from the air, but from the ground it’s only partially visible, the hillsides swooping down into the interior courtyards. 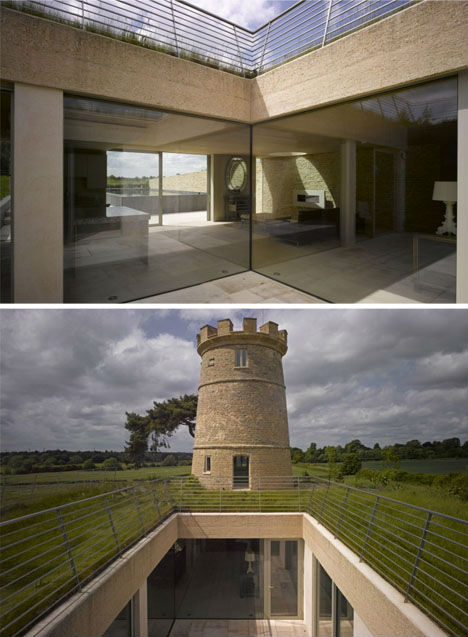 A turret that had been left to weather and burn for decades is now the sole marker for a modern underground home, complete with a swimming pool. The tower contains the main entry, master bedroom and bathroom, while the rest is hidden underground. Steps lead from the grassy landscaping down into a sunken terrace. 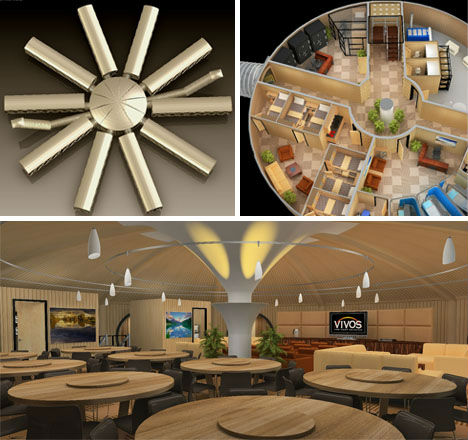 If you’re paranoid and you’ve got a lot of money to blow, you can skip the whole process of looking for an underground missile silo and just buy one of these prefab apocalypse-proof homes by Vivos. But you’d better get together with some similarly deep-pocketed friends, because these units are actually neighborhoods with individual houses connected to a large central living space. The luxury homes were designed to be built in 120 locations within close range of most major U.S. cities. According to Vivos, they’ll withstand volcanoes, tsunamis, earthquakes, biological and nuclear war, and other disasters. 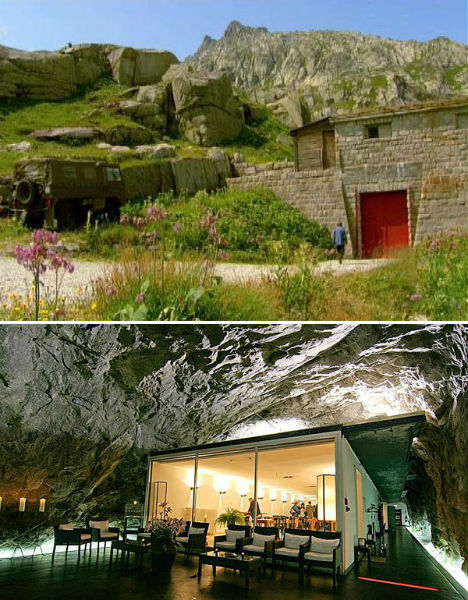 One lucky man who showed up to an auction for an underground hotel in Switzerland snagged this incredible luxury cavern for just $1,000. The surprised buyer, who didn’t even plan to make an offer, was the only bidder. La Claustra, built in what was once a secret military installation deep within the St. Gotthard Mountain, consists of 17 rooms and was founded by artist Jean Odermatt in 1999. 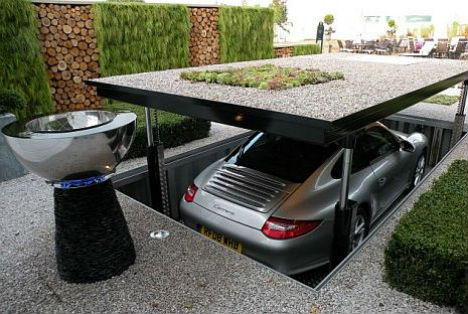 Need a fancy underground garage to go with your fancy underground home? If you’ve got $60,000 to spare, you can get your very own high-tech, hidden single-car garage that comes up out of the ground at the push of a button. For an extra ten grand, it’ll be made strong enough to hold another car on top, and if you want to spend even more cash, you can get a multi-car version.