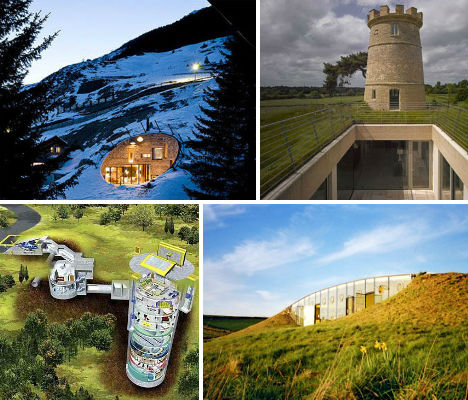 Nuclear missile silos, former quarries, natural caves and man-made hills camouflage homes ranging from rustic and understated to modern and luxurious. Seeming ideally suited to shield unsavory dealings from view, these subterranean lairs are perfect for villains – or just ordinary people who want to live in a really cool place. 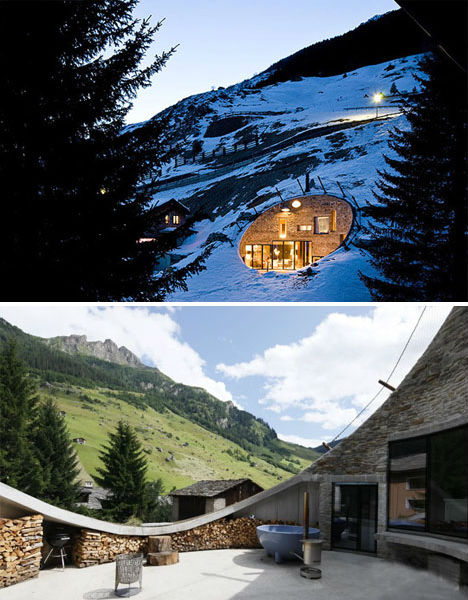 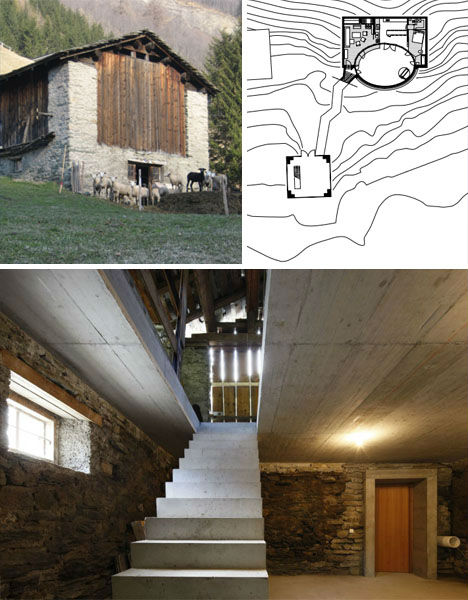 Looking out over the land, all you’ll see here is a very unassuming stone-and-wood barn. But go inside that barn and you’ll discover a concealed entry to an underground passage that leads to a hidden home. Villa Vals emerges from the hillside to look out onto a beautiful view. Located in Switzerland, this subterranean residence is also a part-time rental. 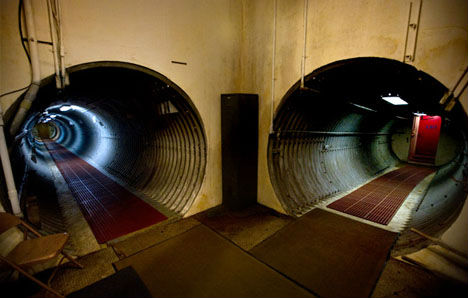 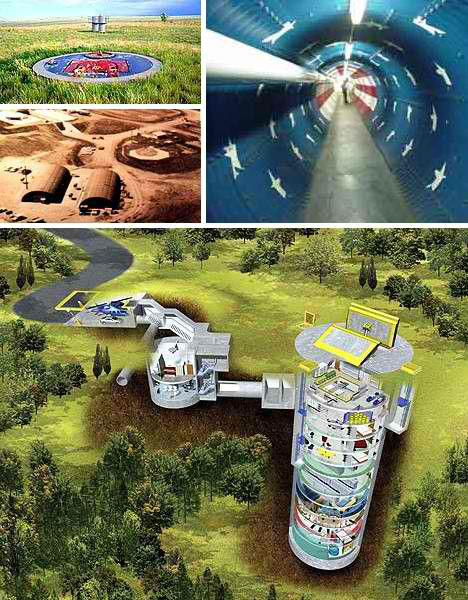 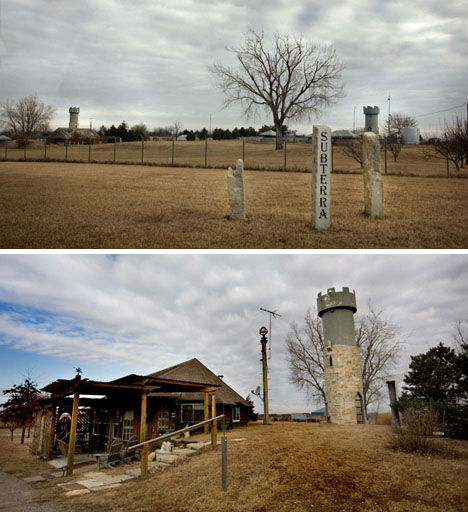 When Ed Peden first laid eyes upon what would later become his home, it was little more than a dark, dark, unmaintained hole in the ground. This underground nuclear missile silo wasn’t exactly welcoming, but Peden bought it for the relatively low cost of $48,000 and transformed it into a comfortable family residence. The home is topped by a modest-looking wooden structure, and nothing would look amiss at all if it weren’t for the escape hatches that have been altered to look like castle towers. The home takes up just a third of the nearly 20,000 available square feet of space underground. 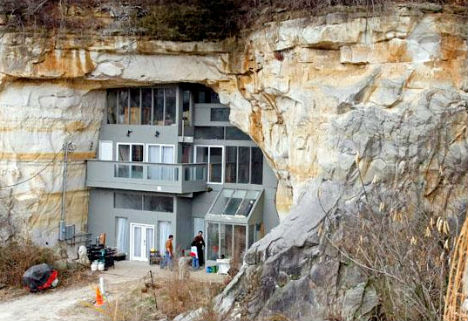 A 17,000-square-foot artificial cavern left by a 1930s sandstone mine in Festus, Missouri is now a beautiful modern family home. Located 45 feet below a forest (and a neighboring home), Cave House was temporarily a roller rink and concert venue hosting the likes of Tina Turner and Bob Seger, and the back chamber still has the stage they performed upon. The middle chamber measures 80 by 80 feet, used by the family as a ‘party room’, and the front chamber holds most of the home. The property is 2.8 partially wooded acres with three freshwater springs and fourteen waterfalls. 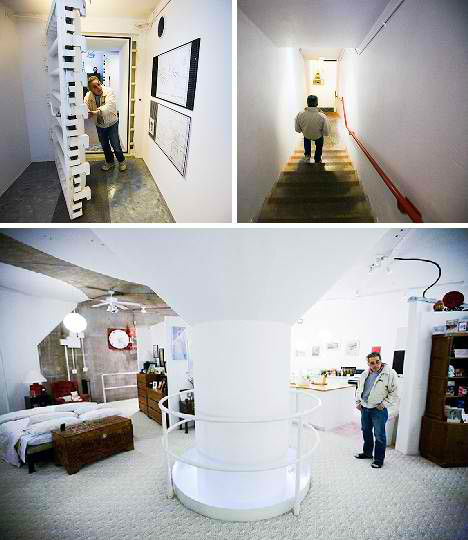 Inspired by Ed Peden’s Subterra, a man named Bruce Townsley purchased an Atlas F missile base near Abilne, Texas for $99,000. Townsley transformed just 1,000 square feet of the sprawling base into his living space. Notable features like the massive blast doors have been preserved, while much of the home now has a coat of bright white paint that makes it feel surprisingly welcoming. 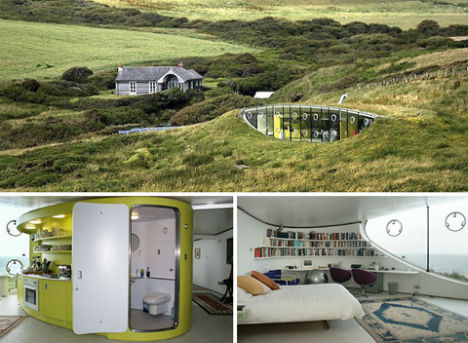 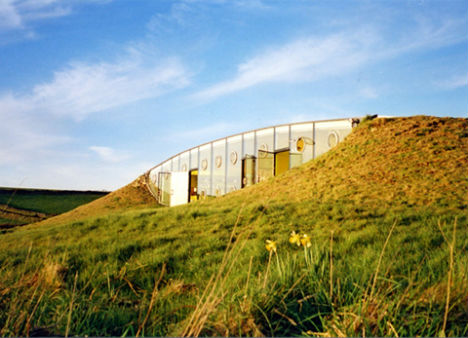 Commonly known by neighbors in Wales as the ‘Teletubby House’, Malator is mostly hidden within a hill, with no more than a clear glass facade and a steel chimney to give it away. Built in the town of Druidstone in 1998, the small underground dwelling has a turf roof and working porthole windows.

Underground House in a Former Quarry 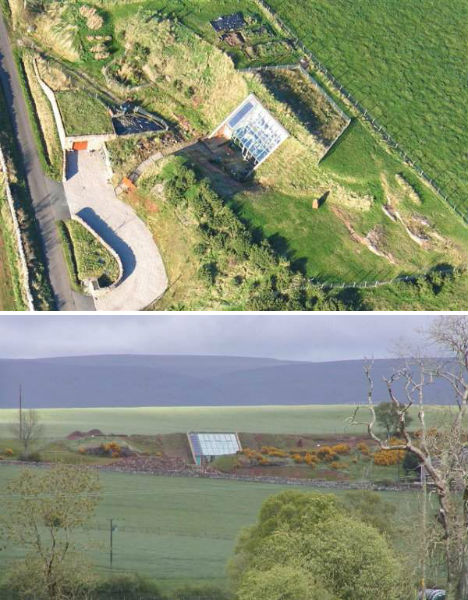 An old quarry in the Eden Valley of Cumbria, UK hosts a two-story house with a massive glass facade to bring in daylight and warmth. The earth-sheltered, eco-friendly home was designed by architect John Bodger for Phil and Helen Reddy.