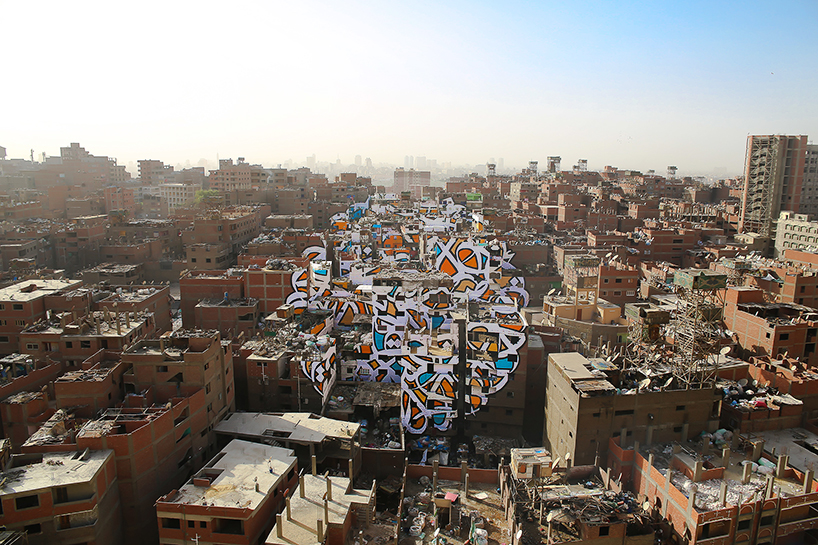 On the outskirts of Cairo, Egypt, lies the community of Manshiyat Naser, famous for providing informal trash and recycling services for the city, but also notorious for the mess and smell that go with that role. 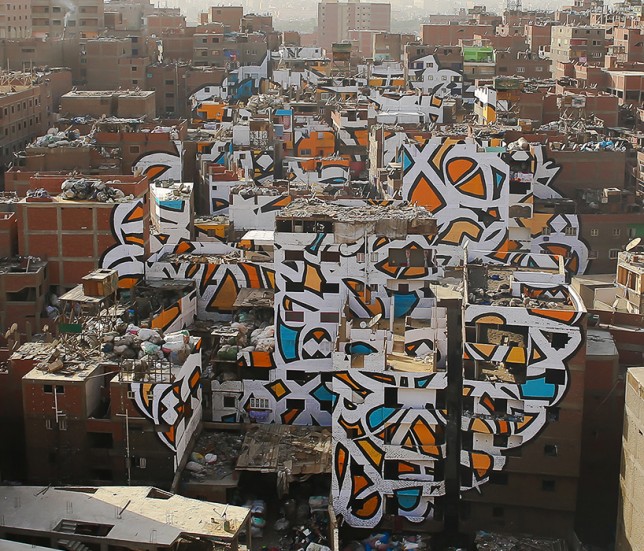 ‘Calligraffiti’ artist el Seed worked with the ward to develop an incredible mural spanning 50 buildings, aiming to change perceptions and raise awareness about the community. 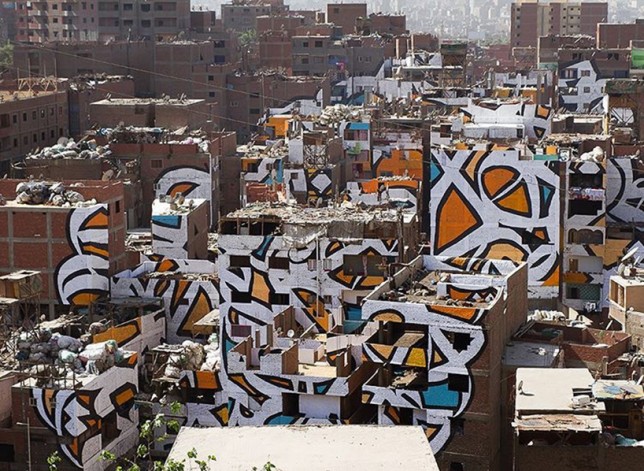 Marginalized and belittled, the residents are incredibly industrious, sorting out garbage from recyclables by district within the community, literally turning Cairo’s trash into lucrative treasure. 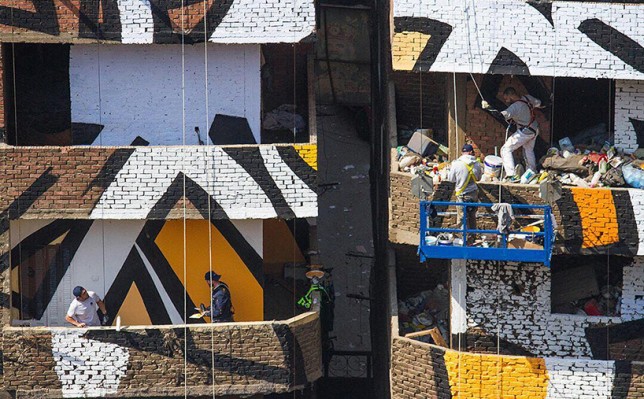 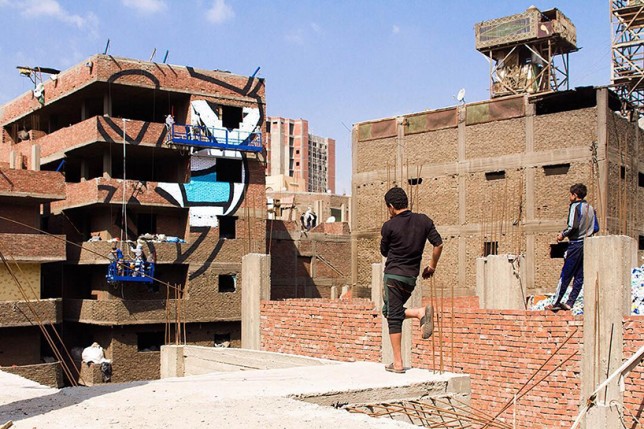 The mural blends aspects of Arabic calligraphy with contemporary graffiti, all while highlighting the architecture of the area. The entire work is only visible from the nearby Mokattam Mountain. 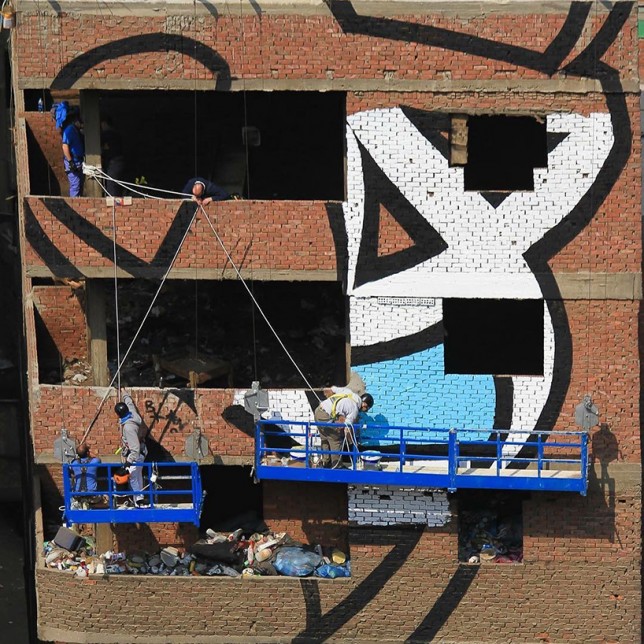 The piece spells out the words of Saint Athanasius of Alexandria, a Coptic bishop from the 3rd Century, who said: “anyone who wants to see the sunlight clearly needs to wipe his eye first.” 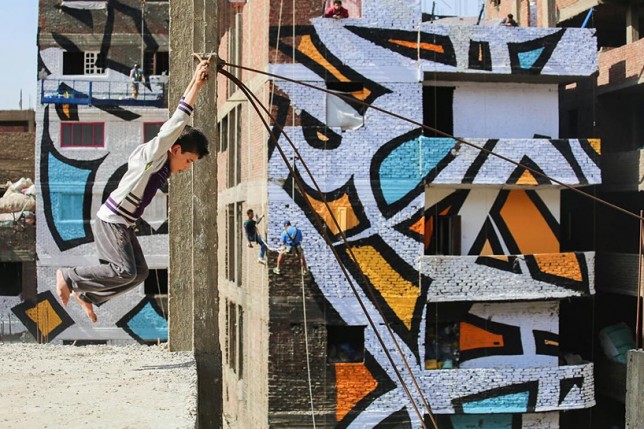 “The zaraeeb community welcomed my team and I as if we were family,” said the artist. “It was one of the most amazing human experiences I have ever had. they are generous, honest and strong people. They have been given the name of Zabaleen (the Garbage People), but this is not how they call themselves. They don’t live in the garbage but from the garbage; and not their garbage, but the garbage of the whole city. they are the ones who clean the city of Cairo.”