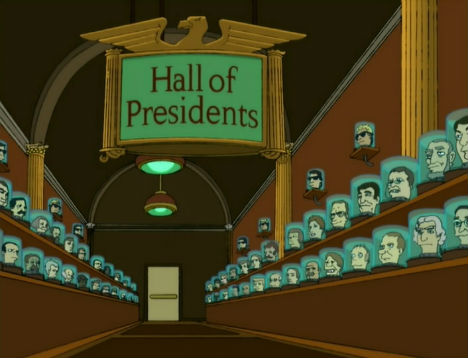 (image via: the infosphere)

Could we live long beyond the lifespan of our natural bodies by transplanting our consciousness into artificial carriers? Immortality seems absurd now, but some insist that it’s entirely possible. Russian mogul Dmitry Itskov has outlined a plan called the Avatar project that would create human cyborgs within the next thirty years. The first step, he says, is to create a robot controlled by the human brain. Next comes transplanting a human brain into a humanoid robot. Finally, he envisions ‘uploading’ a person’s consciousness into a surrogate robot, eliminating the biological component altogether. Phase one of this plan has already been completed, but the other two steps are quite a jump.

Even putting technicalities aside, there are all sorts of philosophical and ethical questions that come up in regards to this concept; where, for example, are the boundaries of self? But it’s fun to imagine us all walking around as robots in another century or two, or maybe just sitting on shelves waiting for new parts when we malfunction. 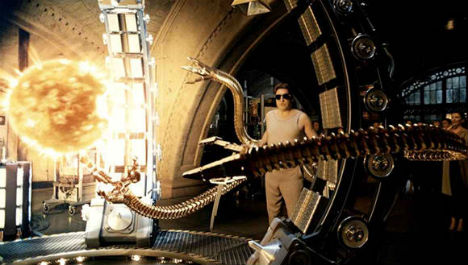 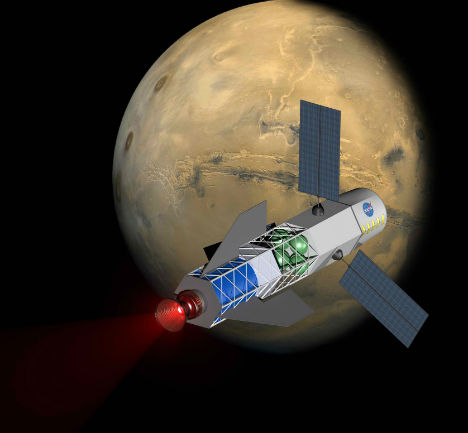 Nuclear fusion is considered the ultimate power source – using the heat from breaking apart radioactive elements and isotopes to drive steam-powered turbines, this technology would be virtually limitless. It’s far from a new concept, but complications in the physics have prevented it from being achievable. Holding two isotopes of hydrogen at 200 million degrees until they collide and fuse to make helium would require building a device that runs at ten times the temperature of the sun.

Thirty-four nations are collaborating to construct the $1.6 billion ITER fusion power project in France in an attempt to work out the bugs. The project took a major step forward in April 2013, gaining approval for the fusion reactor’s ‘blanket’ that will handle the super-heated nuclear fuel. Check out a graphic at The Independent that explains how it works. 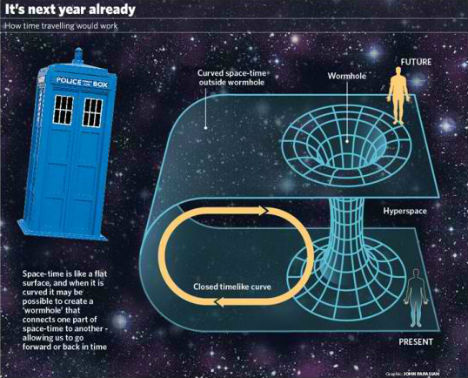 Can we open a portal to the past, or a shortcut to the future? There are a number of theories about the viability of time travel. Renowned physicist Stephen Hawking tells us to envision time as the fourth dimension, full of tiny holes and wrinkles that could function as ‘wormholes’ from one time and place to another. Another theory involves a special theoretical type of black hole named for mathematician Roy Kerr. Kerr proposed that if dying stars collapsed into a rotating ring of ‘neutron stars’, their centrifugal force would prevent them from having a singularity, meaning they could be entered without fear of the infinite gravitational force at their cores. If these black holes exist, scientists say, passing through them could lead to an exit: white holes. This opposite force pushes out and away rather than sucking in, possibly leading to another time, or even another universe.

Of course, all of this is still so theoretical, it’s hard to imagine it ever actually being a reality. It’ll take a much deeper understanding of physics, far beyond what we’ve already achieved, to make it happen. But that doesn’t mean it won’t.