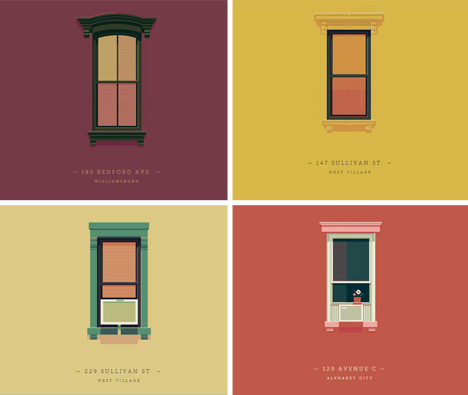 Fascination bleeds into fixation in this wonderful ongoing series of illustrations by a graphic designer who enjoys the nuances of fenestration in his favorite city. 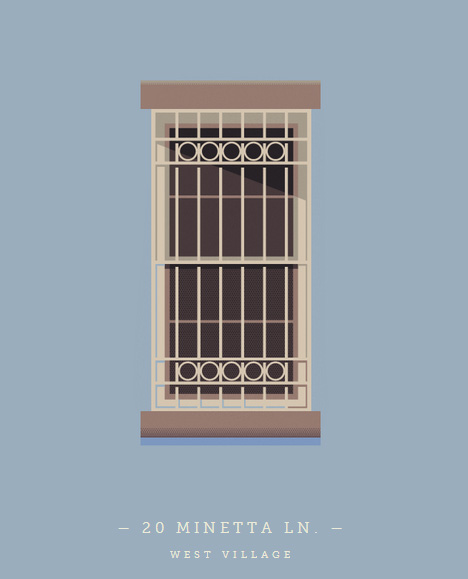 Each piece in the series specifies not only the neighborhood (Hell’s Kitchen, West Village, East Village, Lower East Side, Alphabet City, SOHO, Williamsburg and more) but the actual address so truly curious fans can map out routes to find the source material. 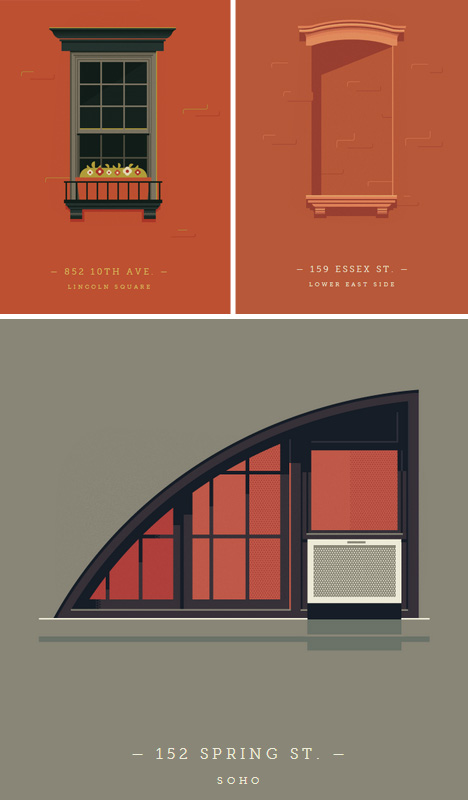 From creator Jose Guizar, “The Windows of New York project is a weekly illustrated fix for an obsession that has increasingly grown in me since chance put me in this town. A product of countless steps of journey through the city streets, this is a collection of windows that somehow have caught my restless eye out from the never-ending buzz of the city. This project is part an ode to architecture and part a self-challenge to never stop looking up.” 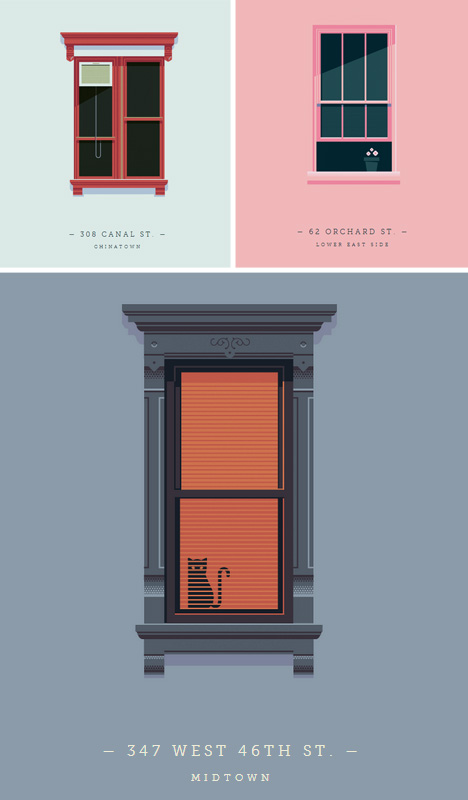 There is a consistency to the visual language (from shapes to color palette) employed in each piece, which only serves to highlight the surprise differences between the various windows featured. Hacks and modifications make their way into the images as well, from protective metal grating and air conditioners to window-hanging flower boxes and curious cats. Even former windows, now filled in with bricks, or covered by doors, are candidates.