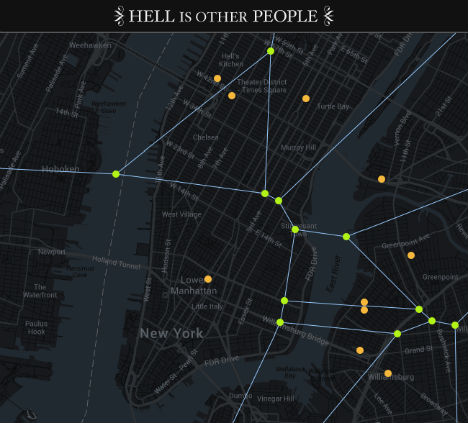 Social media was invented to bring people closer, but the more antisocial among us can use it in a different way: to avoid the people we know. ‘Hell is Other People‘ is an interactive smartphone app coded by the same team behind Buzzoid that will show you exactly where your friends are based on Foursquare check-ins, and provide ‘safe zones’ where you can hang out without fear of being recognized.

Using the GPS function on your phone and your contacts’ public check-ins or location updates on Facebook, Twitter, Foursquare, Instagram and other social media, the app will show you yellow points on a map that indicate where your friends are. The green points represent ‘safe zones.’ 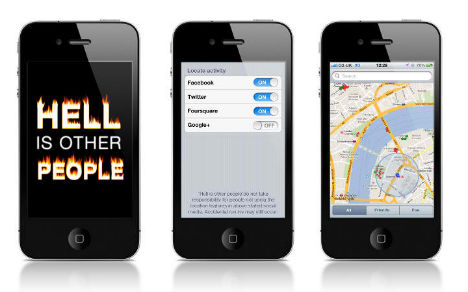 Of course, the map only works if your friends are avid social media users, checking in to virtually every place they go, and you still run the risk of running into them when they’re in route. You also might be relegated to unexpected places in the city. But as creator Scott notes in the video, “It’s kind of nice that I’ve been pushed into parks.”