Jinshitan (“Golden Pebble Beach”) near Dalian in northeastern China has a lot going for it, such as, er, a golden pebbled beach and a cool rock formation called “Dinosaur Swallowing the Sea”. It also has this statue, which sort of looks like the unfortunate lovechild of Princess Fiona and the Great Gazoo. The story goes that “Sandy” was built in honor of the world beach volleyball championships held in Jinshitan several years ago. The tour has moved on but the statue remains… sorry, Jinshitan. 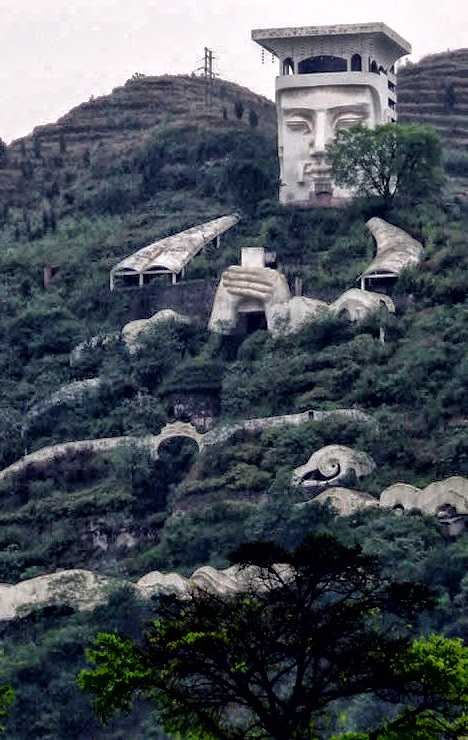 Cruise the Yangtze River for about 170 km (110 miles) downstream from Chongqing and gaze out towards the mighty river’s northern bank, and there you’ll find Fengdu. A modern ghost town designed to express the Chinese concept of the underworld, Fengdu is basically Hell on Earth. Ghosts may indeed find it appealing, people not so much. 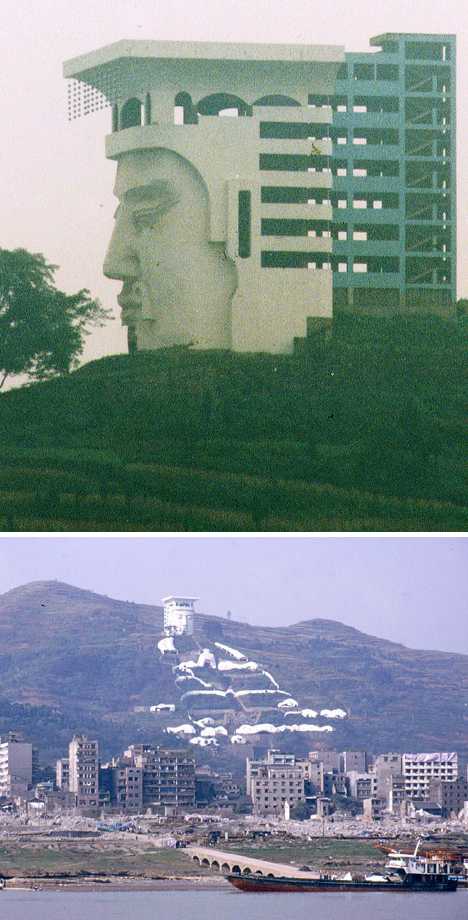 (images via: George Draskóy and Galitz)

With that kind of drawing power it’s wonder Fengdu is a ghost town and the partially-finished hotel looming eerily over it remains unfinished. Lessee, stay at a hotel with one entire side that looks like the God of the Underworld? Most tourists would have reservations… not!

One of the cool things about monumental statues is that they may be huge but they’re obviously not real. Chinese artists Zhang Huan evidently didn’t get that memo because his oversized animatronic Bathing Confucius is both towering AND life-like: internal motors make the figure appear to be breathing in and out. Let’s just hope it (a) doesn’t have gas and (b) isn’t on permanent display around pregnant women, children or, well, anyone.