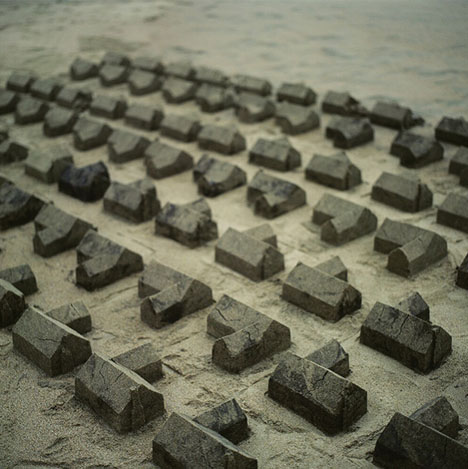 If castles of sand are ordinarily creative (if childish) works of artistic expression, then these are their opposite – boring and relentless repetition of identical houses inspired by postwar suburbia and deployed on an incongruous grid. 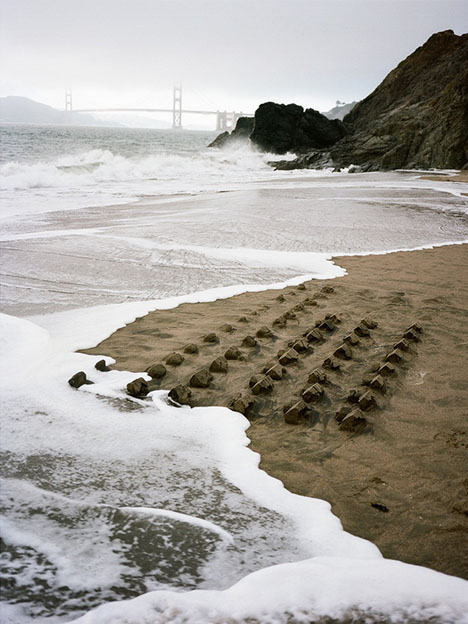 This piece of Master Plan is (or rather: was) the first small and temporary installation of an ongoing series by Chad Wright (photography by Lynn Kloythanomsup of Architectural Black). The project is intended as a personal reflection on his own history as well as commentary on the American Dream in light of recent history, particularly the housing crisis. Much like market shocks (metaphorically) or the passage of time (literally), each incoming wave cracks and erodes the constituent buildings in a relentless yet unpredictable fashion. 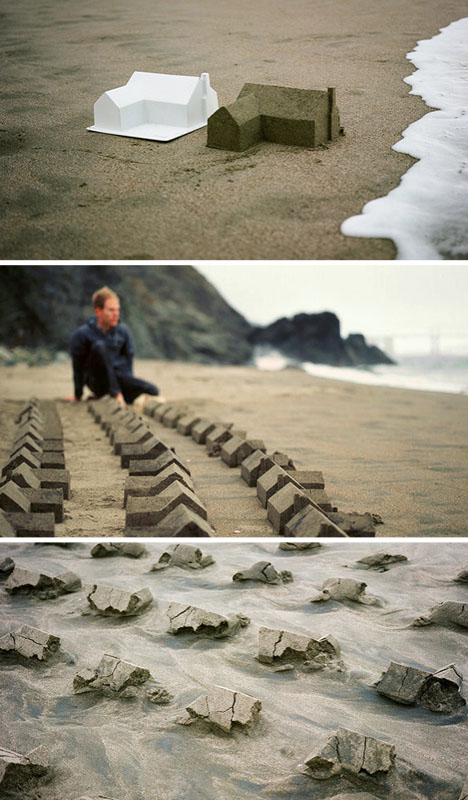 About the artist and how his history is intertwined with this work: “I was raised in Orange County—a sprawling suburb of Southern California built by disciples of Levittown. We lived in a tract house, a symbol of the American Dream, just like our neighbors. Dad, a realtor, and mom, a preschool teacher, met while working at JCPenneys in 1970. We spent our summers in Breezy Point, New York, at the yellow beach bungalow that my grandma Stella bought with war bonds, unknown to grandpa who was stationed in Iwo Jima soon after they eloped. As children, my big brother Christopher and I would build cities in the sand, beneath the bungalow’s slatted porch floorboards. Phase One [of Master Plan] focuses on the mass-produced tract house, re-examining it as symbol for the model American Dream.