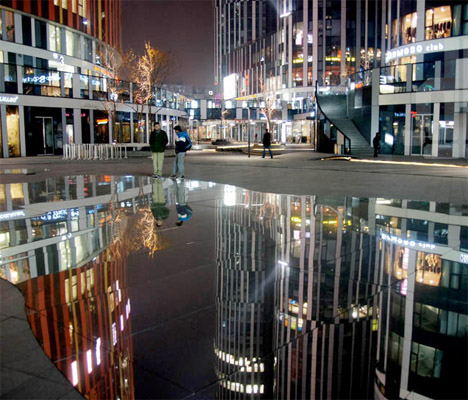 As China has transformed from a largely agricultural society to an industrial superpower, vastly changing its landscape with both construction equipment and the unintended effects of climate change, over 240 of its lakes have disappeared. In less than half a century, so much of the nation’s natural beauty and tranquility has been lost. A project called The Lost Lakes brings it back temporarily in the illusory form of lake-shaped mirrors installed in the middle of urban Beijing. 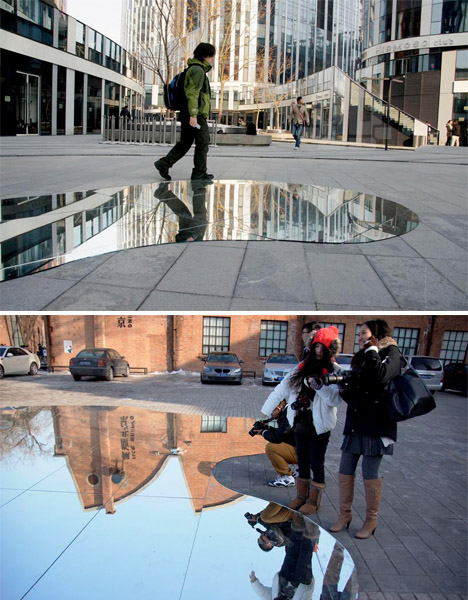 The lost lakes haven’t just impacted China’s ecology; rapid urbanization has caused severe droughts and water shortages across the country. The problem affects every Chinese citizen. The Lost Lakes installation brings this problem home to city dwellers in the form of customized mirrors mimicking the reflection of water in unexpected places. 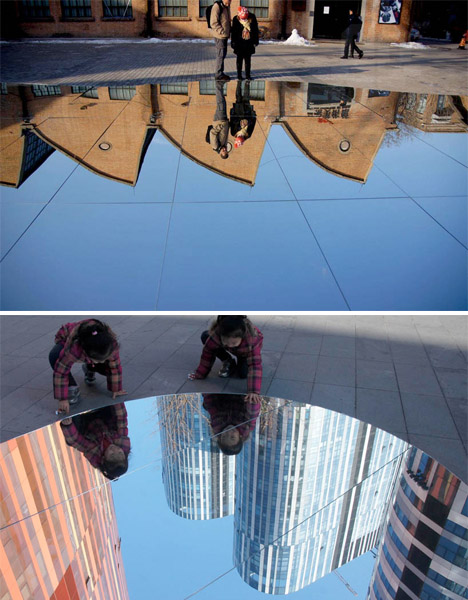 Fifteen craftsman spent six weeks creating mirrors with curved edges that fit together like puzzle pieces. They’re designed to stand up to weather and curious onlookers, and can be transported and reassembled in a new location. 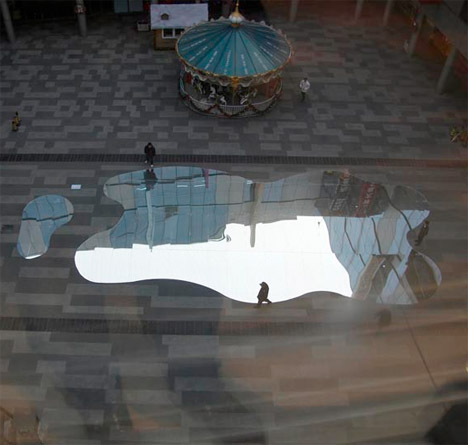 Over 350,000 people have visited the installation to ‘reflect’ upon what the loss of natural bodies of water means to them (or maybe just to gaze at themselves and the skyscrapers around them.)