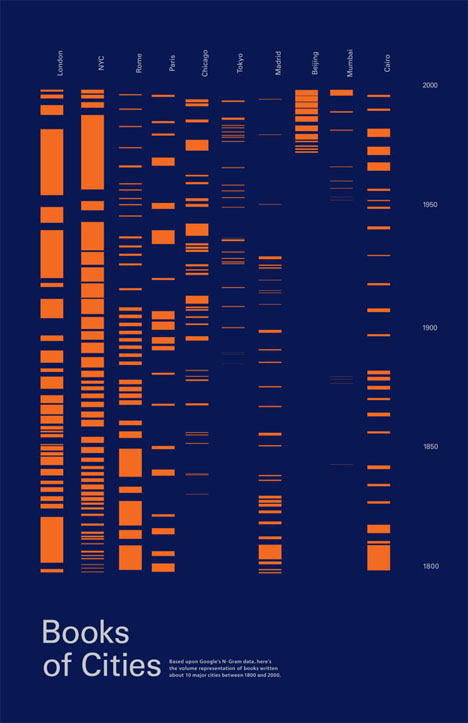 We take it for granted that London and New York will grace the pages of books, but would you be surprised to learn that Madrid and Cairo were once as commonly referenced, or that Mumbai and Beijing are now two of the most popular cities capturing global imaginations? 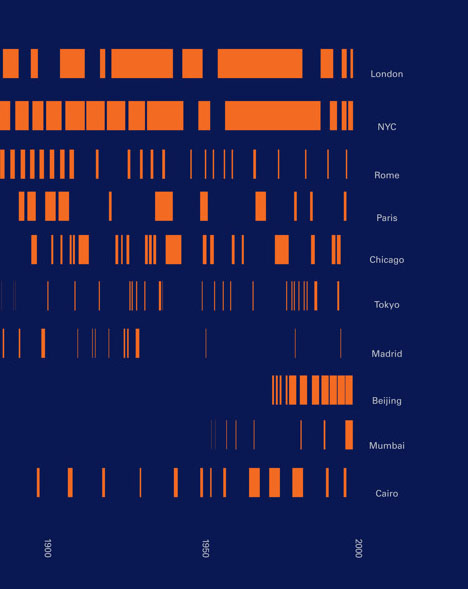 Edgard Barbosa created this infographic (above) and other associated graphics (below) to explore the ebb and flow of famous cities in works of fiction and non-fiction alike. 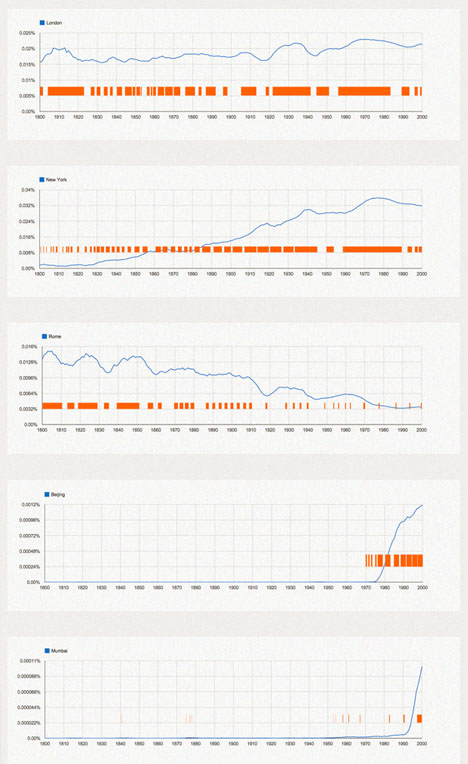 From its creator: “Books of Cities measures the quantity of books, written in the English language, that refers to 10 major cities in the world between 1800 and 2000 … it gives an overall idea of the amount of literature produced in each era about the same city.” 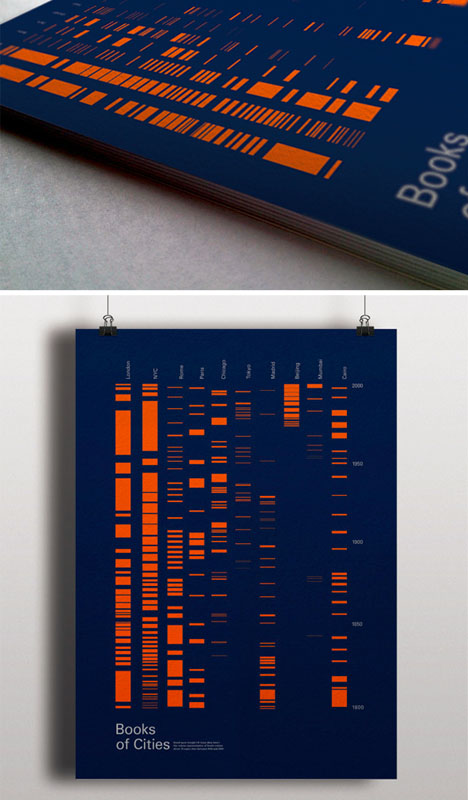 The graphic covers London, New York City, Rome, Paris, Chicago, Tokyo, Madrid, Beijing, Mumbai, and Cairo, and shows how some cities, like Mumbai and Beijing, have recently hit the scene in a major way. Others, meanwhile, like London and NYC, have consistently attracted attention for much of the last few hundred years.