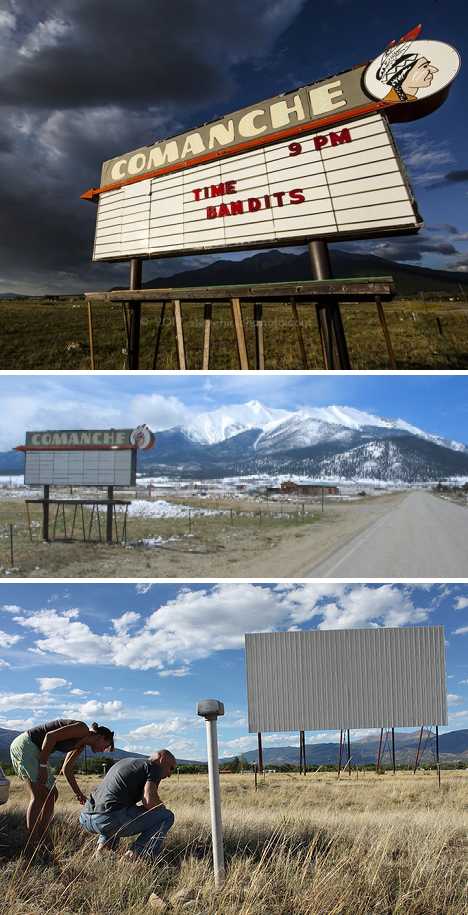 The Comanche Drive-In of Buena Vista, Colorado was late to the party when it opened in 1967 but once there it had an admirable run: a full forty years, with the final show being Time Bandits in 2007. If it seems an injustice to block the area’s purple mountain’s majesty, fear not: only a handful of years since it closed, the Comanche Drive-In is well on its way back to being a patch of bare prairie. One imagines the real Comanche would approve. 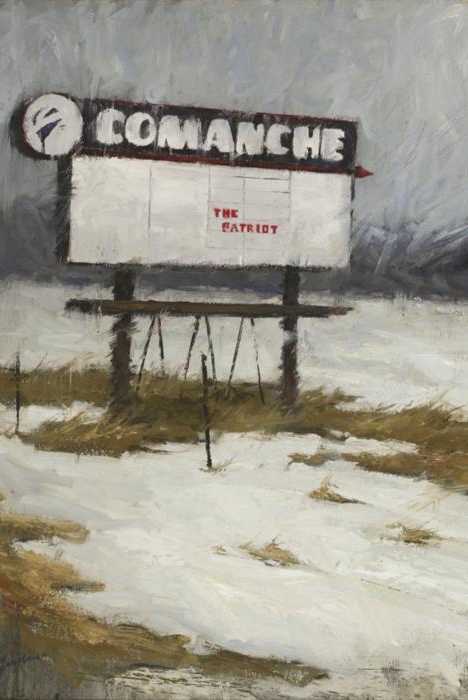 The Star-Vue Drive-in theater in Anthony, Kansas entertained countless car-driving patrons from its grand opening in far-off 1950 to the dark day of its closure in 2003. Was setting up a drive-in movie screen in the heart of Tornado Alley really such a great idea? Evidently it was, as the Star-Vue managed to dodge one twister after another over a half-century span, though since it closed the weather seems to be making up for lost time. Judging from the state of the screen, “Star-Vue” is an apt name at last… at least it is on cloudless nights.

The Deer Lake Drive-In on Route 61 in Orwigsburg, PA was fairly large as such operations go; the 600-car capacity outdoor theater must have been buzzing on any fair-weather weekend from the late 1950s to its last show sometime in 1996. The site sat dark and abandoned until 2008 when the facility’s remaining structures were demolished and scrapped. 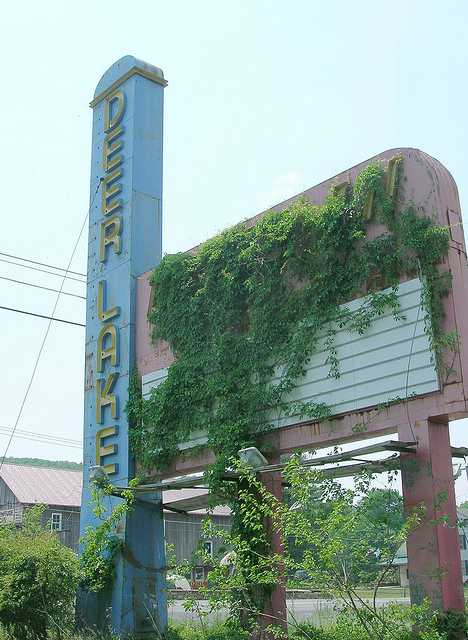 Images of the Deer Lake Drive-in’s sign exude a decided “Art Deco meets Space Age” vibe season in and season out; lack of maintenance since ’96 has allowed Mother Nature to get a grip on things – literally. Full credit to Flickr user Carolyn for capturing the, er, growth of the sign since the business went belly-up.