Abandoned coin laundries, laundromats and washaterias (for you Texans) have proliferated as utility costs rise and prices for domestic machines fall.

We’ve chosen artist Lori Nix’s spellbinding “Laundromat at Night, 2008”, part of her eerie THE CITY series of post-apocalyptic images, to lead off this collection of abandonments. Nix’s theme for the series revolves around an unnamed global catastrophe that suddenly and effectively removed humanity from the equation. “All that’s left of mankind is the cultural and economic spaces we once inhabited. Now these are falling into disrepair,” explains Nix, as Mother Nature inexorably reclaims her rightful domains. 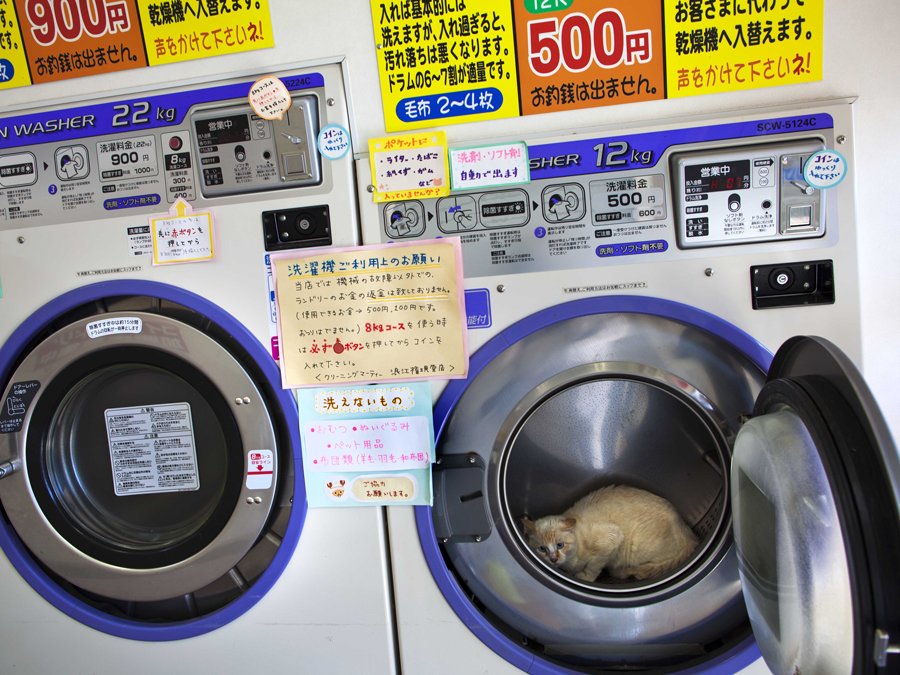 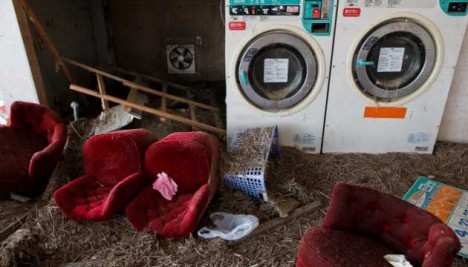 Photographer David Guttenfelder (on assignment for National Geographic Magazine) explored some of the abandoned towns located within a 6-mile radius of the Fukushima Daiichi nuclear plant in the months following the Great East Japan Earthquake and subsequent tsunami. One of these towns is Namie, now officially inside the government-declared, radiation-contaminated Exclusion Zone surrounding the troubled power plant, where the above abandoned coin laundry offers precarious shelter for a lost pet cat. 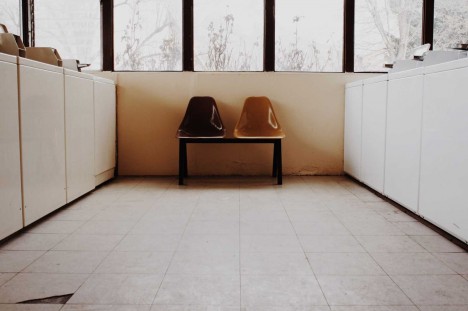 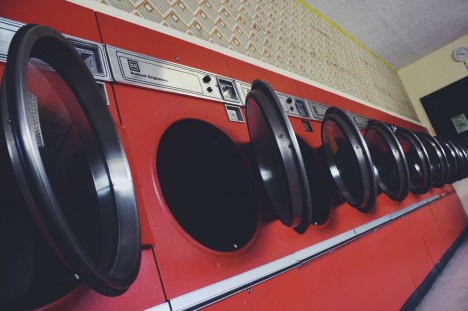 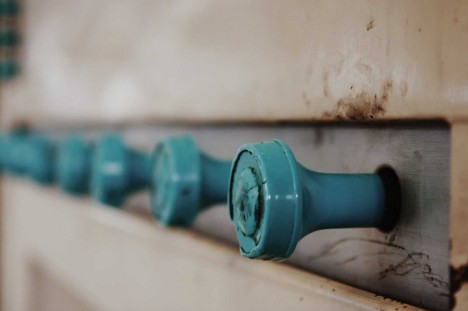 Credit LMK Photography for the above images of a recently abandoned laundromat in Provo, Utah, that according to the photographer “has a nice charm”. We have to agree… and at least stray animals haven’t begun hogging the dryers. Gotta love those classic mid-century “bowling alley” style plastic chairs, by the way – talk about discouraging loitering.