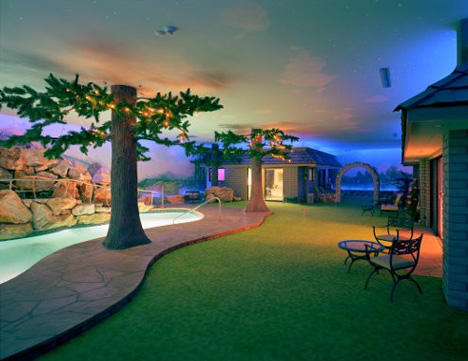 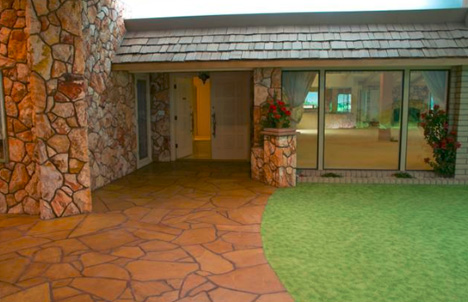 Perhaps most remarkable of all the subterranean trimmings of this bunker house are the fake landscapes painted on the walls and fake plant-life landscaping throughout. 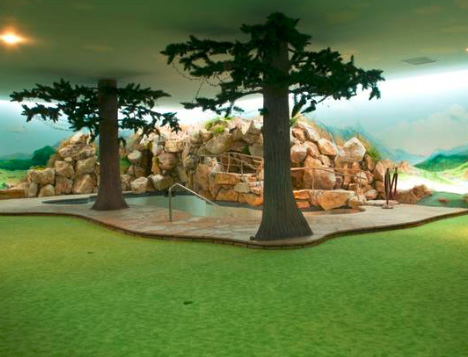 Coupled with ‘sunlight’ during the day and ‘stars’ that come out at night, these details are intended to make the whole place feel less like a claustrophobic bunker and more like a spacious above-ground dwelling. 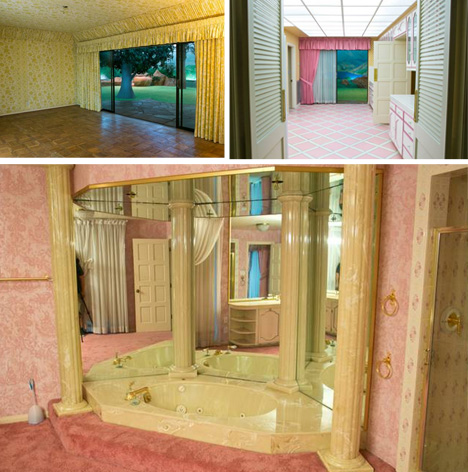 Girard ‘Jerry’ B. Henderson had the structure built in the late 1970s as a prototype for a larger business model: he was going to construct subterranean homes for others who feared global nuclear disaster and, presumably, the ensuing apocalypse. 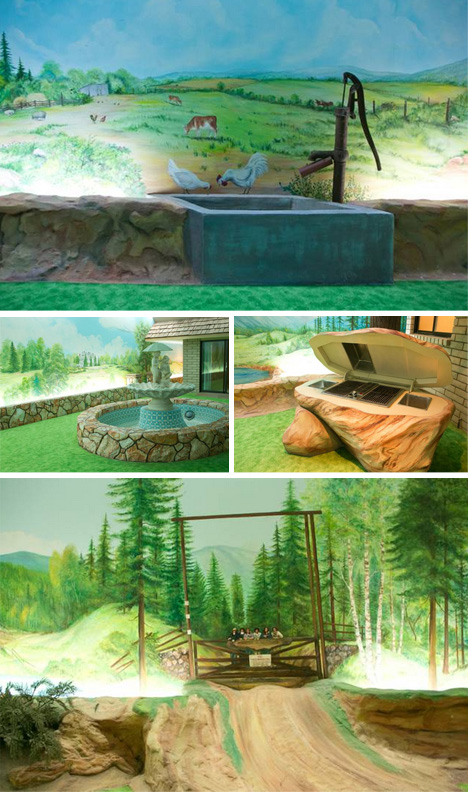 Like some kind of retro time capsule, the design, decor, furnishings and fixtures all date back to aesthetics of the time. Other amenities include a swimming pool, sauna, jacuzzis, dance floor, BBQ and bar – no need to forgo luxuries just because you are living underground. 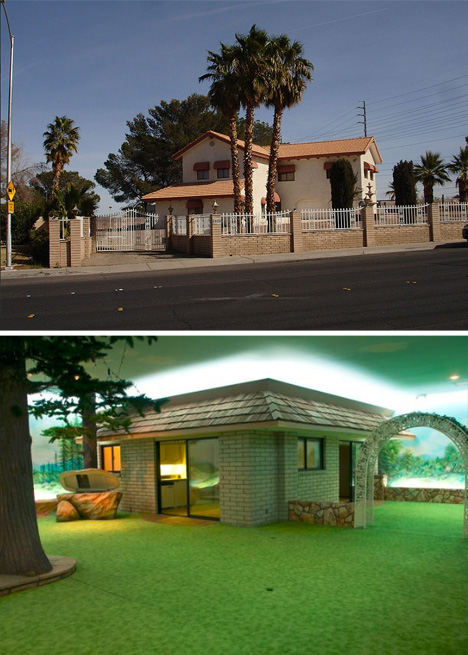 Meanwhile, the rest of the above-ground structure is intentionally unremarkable – just another Spanish-influenced piece of period architecture. Of course, now that the secret is out, it is hard to saw how useful the formerly-hidden areas below would be in an actual disaster.