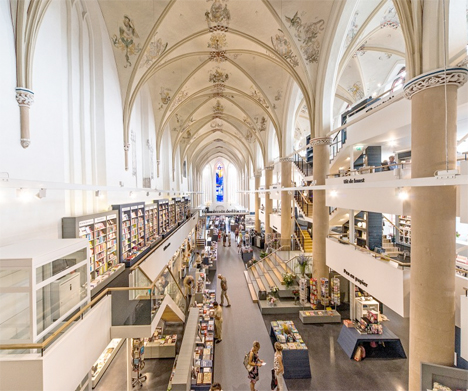 This stunning 15th-century Dominican church is dedicated to much more than just one book – it contains thousands of them, in fact, stacked row upon row in a modern three-story addition. Located in The Netherlands, ‘Waanders In de Broeren‘ opened to the public in July, offering a large selection of tomes as well as an assortment of retail goods. 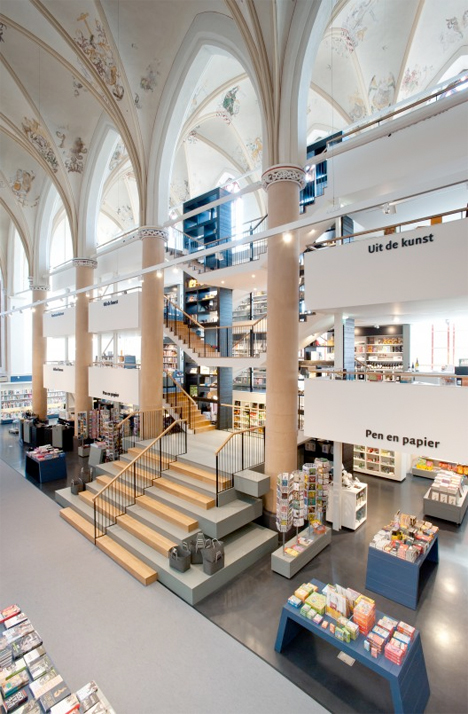 The new converted church bookstore is highly reminiscent of Selexyz Dominicanen, a similar concept in Maastricht, Holland with a multi-level black volume sitting lightly within the church’s arches and vaulted ceilings. Where that structure was darker and more dramatic, this one is light and bright, complementing the original colors of the church. 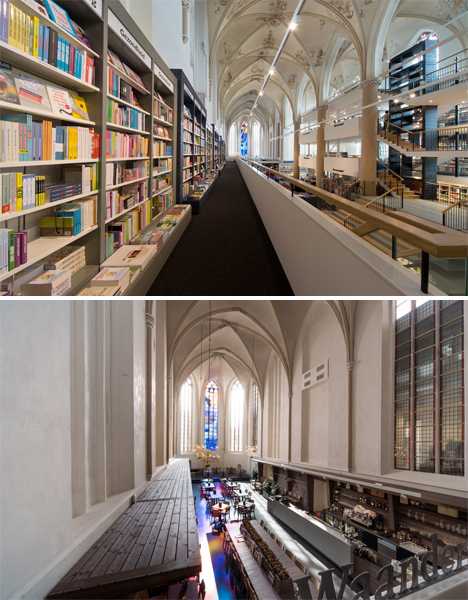 The three additional floors  were placed in the side wing of the church, between the original pillars. The central axis was left open so visitors can still appreciate the grand scale of the building, with views of the organ  and a modern stained glass window. 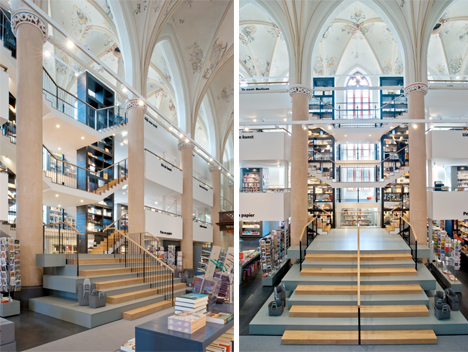 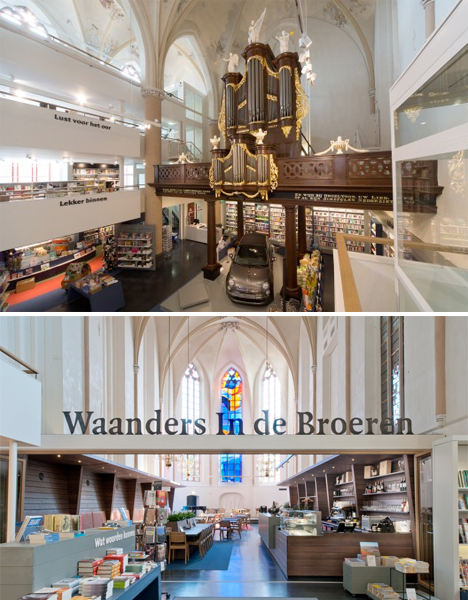 A central staircase routes customers through the merchandise display area a half-level at a time, ending right under the renovated church arches. Inspiration for the furniture was taken from Dom Hans van deer Laan, a Dutch architect who was also a monk. The addition is not secured in any way to the original architecture, so it can be easily removed without damage