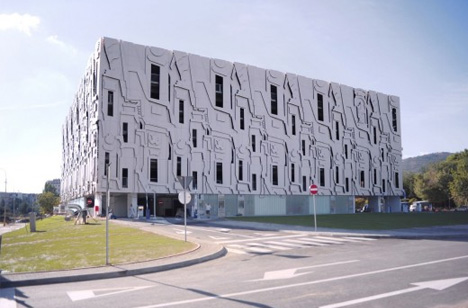 Challenged with designing something to fit a historic city-center context in “baroque, classic, neo-classical, romantic and neo-romantic style” is itself difficult if not paradoxical, but making that work for a multistory parking structure without devolving into kitsch seems nearly impossible. 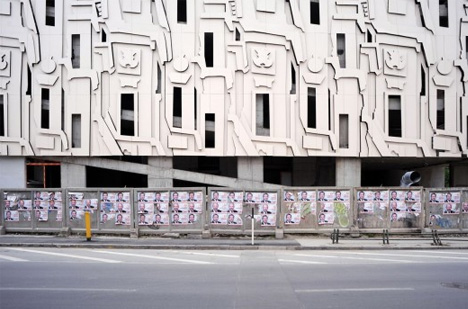 Set in Skopje, Macedonia, the competition-winning solution by Milan Mijalkovic and  PPAG architects (images by Darko Hristov) is at once traditional in its aesthetic undertones and distinctively contemporary at the same time. It stems a careful study of cultural context and revisiting of architectural history in a place with a complex geographical and political past. 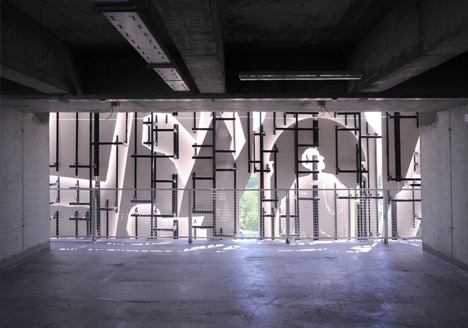 From the designers (via ArchDaily): “The façade interprets the wish for a historicist appearance without explicitly using the traditional language of historicism. It adapts the baroque idea of creating reality by the means of illusive perspective. Baroque artworks expand into the real space as well as vice versa the reality merges into the illusive perspective of the artwork.” 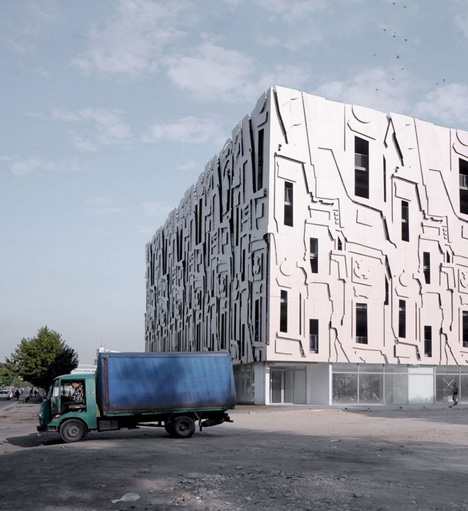 The finished product is thus neither faux-historical nor fully modern – it is interpretive yet highly original, playing on baroque themes without looking like a poor attempt to mimic past styles. 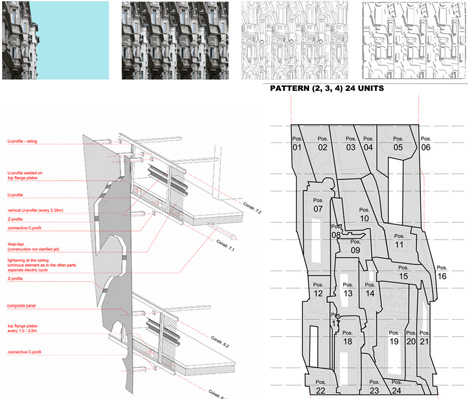 The pattern itself was derived from a single photograph of period residential architecture, distorted through a series of iterations rendering it intentionally unrecognizable. 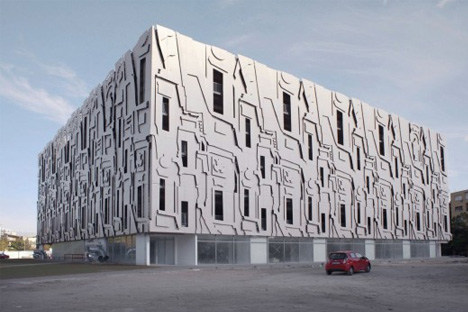 Beyond the aesthetic accomplishment, there is a pragmatic balance of form and function in the project. The underlying garage is utilitarian while the overlapping exterior panel system provides shade and visual relief at various scales. 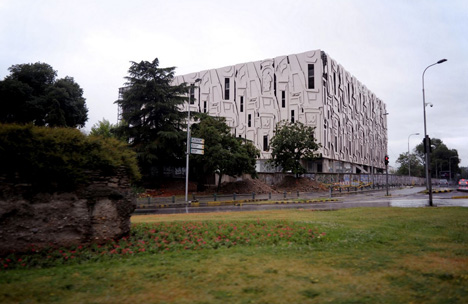 More from the architects on the origins of this bold approach: “Almost twenty years after the dissolution of Yugoslavia, this project is reinventing and re-affirmating Macedonia´s separable, undeniable and glorified national identity through urbanism and architecture. Macedonian culture is celebrated by a large number of memorials, religious symbols and new public buildings which are mostly designed in a historicist style. Neo-baroque is the favorite one, with its connotation of power and impact on the masses. The extensive use of these styles is supposed to establish Skopje as the European, Christian, bourgeois city that it has never really been – and to deny its oriental, Islamic as well as it socialist, modern past.”