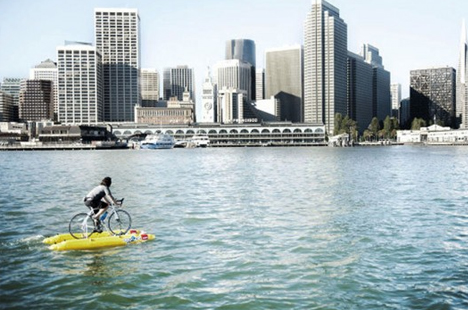 Both the first person to bike across the San Francisco Bay and over the Hudson River is great, but being able to skip traffic jams and cycle to work over the water daily is even better, according to Judah Schiller. And now he is looking to take his invention into the mainstream, so to speak. 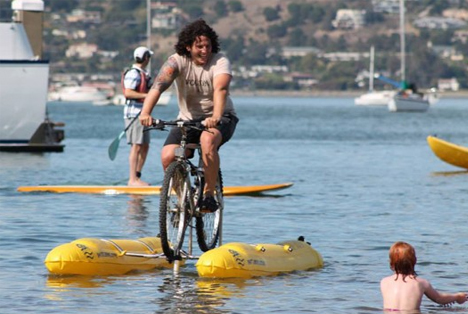 Co-founder of the Aiko Agency (focused aptly on innovation and design), this tinkerer built his own bike from a kit, then hacked it to work on the water. He has since founded BayCycle in an effort to make such mods widely available, particularly given the shortcomings of regional bike lanes. 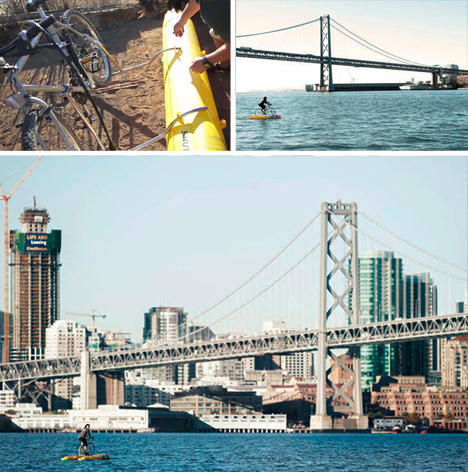 Schiller’s augmentations fit inside of a backpack and can be deployed in a matter of minutes. They consist mainly of a pair of inflatable pontoons, metal mounting rods and a propeller attachment. 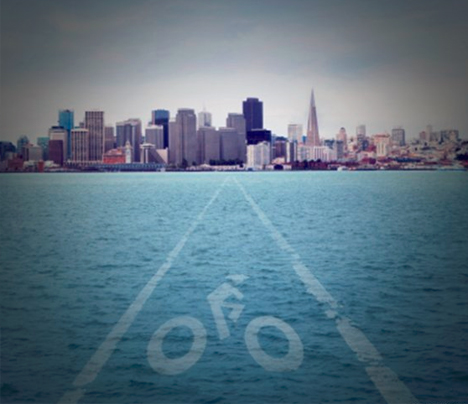 During peak traffic, he can compete with cars clogged up in a tunnel or on a bridge, peddling along the water at his own pace, enjoying the exercise and fresh air to and from the office. 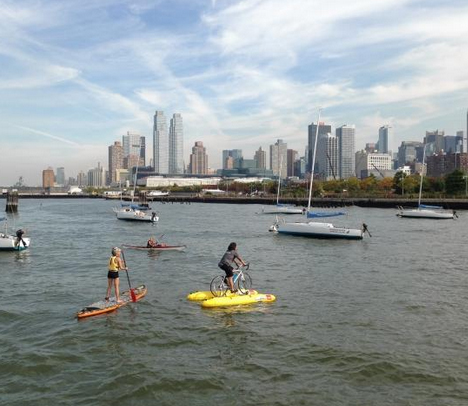 Along his way, he encounters a different set of more leisurely traveling companions, from sailors to paddlers, many of whom are naturally quite intrigued by his contraption.