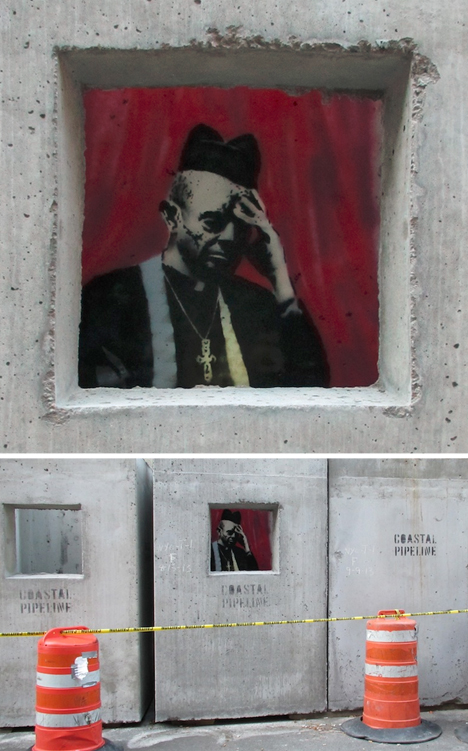 Some of Banksy’s pieces are simple, small and hard to spot in situ, but contextual and clever nonetheless, like a concrete confessional in a construction site. 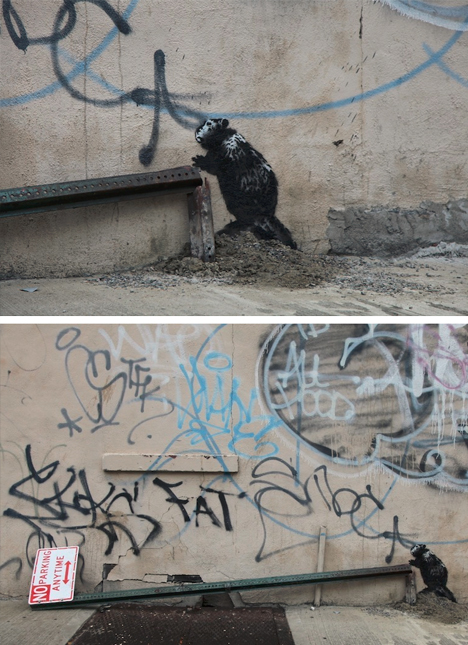 A graffiti beaver standing over a chewed-through street sign is almost lost in the noise of surrounding tags unless you know to look for it. 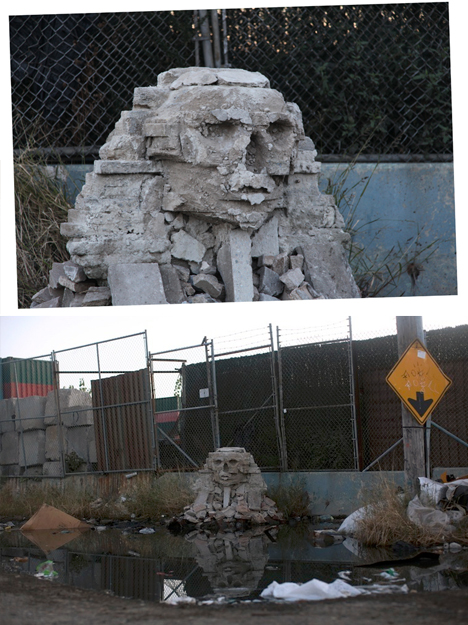 Others go unnoticed until he posts about them simply because they don’t fit the more recognizable elements of his style, like a miniature sphinx made of discarded cinder blocks. 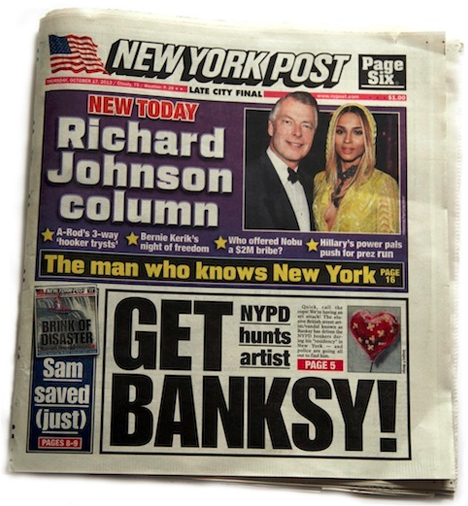 There is even talk that a few half-finished works, interrupted in progress, have been spotted around the city, but of course it it has to tell whether they are his unless he confirms them online. Meanwhile, the cops are theoretically on his tail, but he has shaken police attention previously and has a good deal of experience on that front. 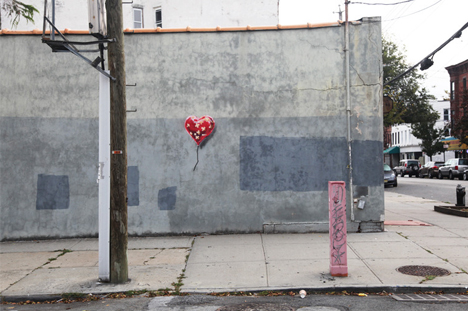 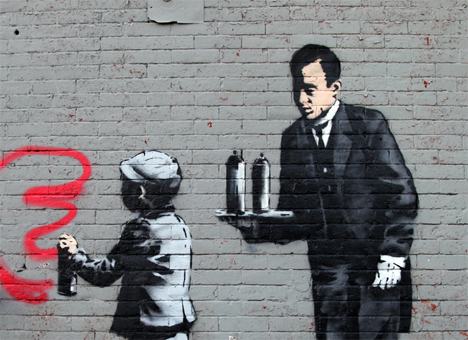 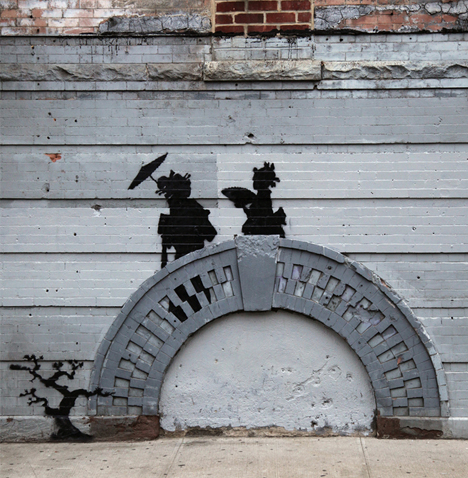 For more of his work from the streets of New York, see our previous articles on his signed-work pop-up shop in Central Park and the subsequent booth selling fake Banksy art as well as our summary and images of his first week in the city.