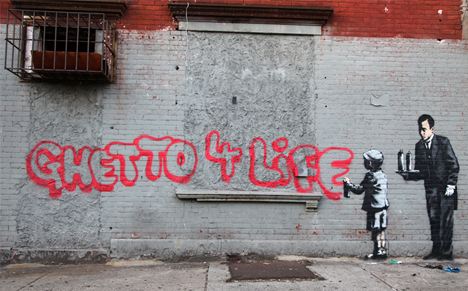 Banksy’s artwork is all over the map this month, both literally and metaphorically, showing up in Manhattan, Brooklyn, Queens, The Bronx and Staten Island – some of it is even traveling in between. So far, his pieces ranged from mobile installations and mixed-material sculptures to old-fashioned graffiti tags and signature Banksy-style stencils. Here are some of the fresh highlights from his work over the past two weeks of his Better In Than Out residency work. 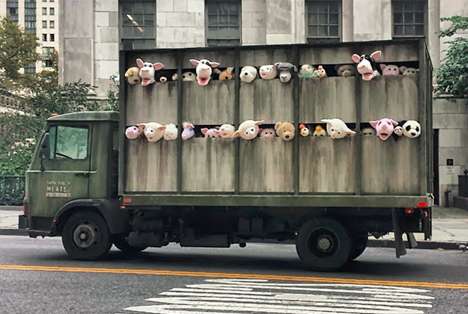 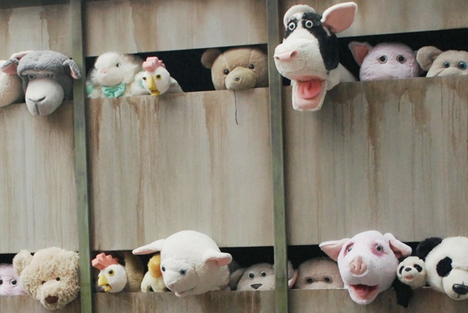 The Sirens of the Lambs is a dark buffet of faux livestock that started its citywide tour aptly in the Meatpacking District. A slaughterhouse delivery truck packed with screaming animatronic stuffed animals, it was tagged by a fan with a tracking device, to which Banksy responded on his website: “Please note: If you’re the person who stuck a tracking device on the garden truck you’re now following a car service in Queens.” 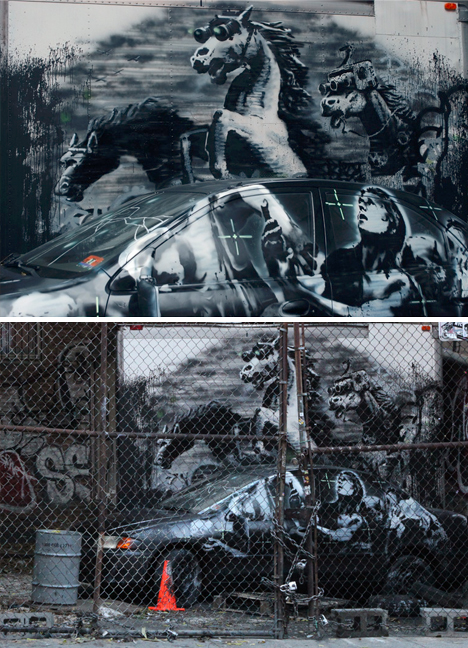 Murals and installations like the truck-and-car art above have been shown from the Upper West Side to the Lower East Side and beyond. “People ask why I want to have an exhibition in the streets, but have you been to an art gallery recently? They’re full,” writes Banksy on his blog, which has featured a flurry of updates as he has made his way daily to different parts of town. 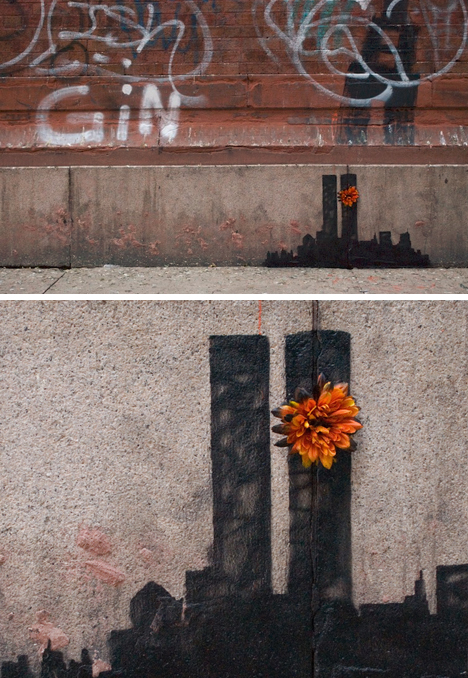 Some days he comments or quips about briefly on his site, but others he stays silent on, letting them speak for themselves – particularly the more potentially-controversial works like his 911 tribute in Tribeca. A stencil and single flower says all he wants to say on the subject. 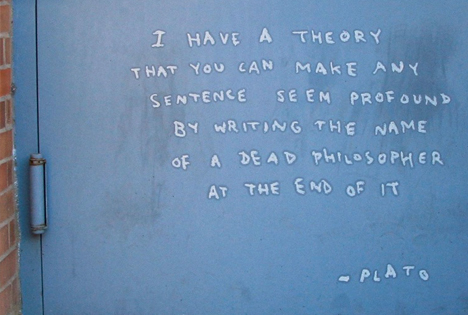 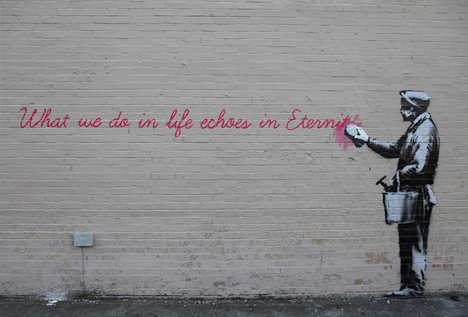 Meanwhile, about the above, spray-painted on a wall in Queens, he snarks: “Some people criticize me for using sources that are a bit low brow (this quote is from ‘Gladiator’) but you know what? ‘I’m just going to use that hostility to make me stronger, not weaker’ as Kelly Rowland said on the X Factor.”