Instagram might have made it famous, but the fine art of crafting a delicious pie so intricate you’re almost loathe to cut into its crust is much older than the modern ‘food art’ trend. Centuries ago, the richest and most flamboyant members of high society sought out talented head cooks who could present a sufficiently impressive dining experience filled not just with the finest ingredients, but also edible sculptural wonders. 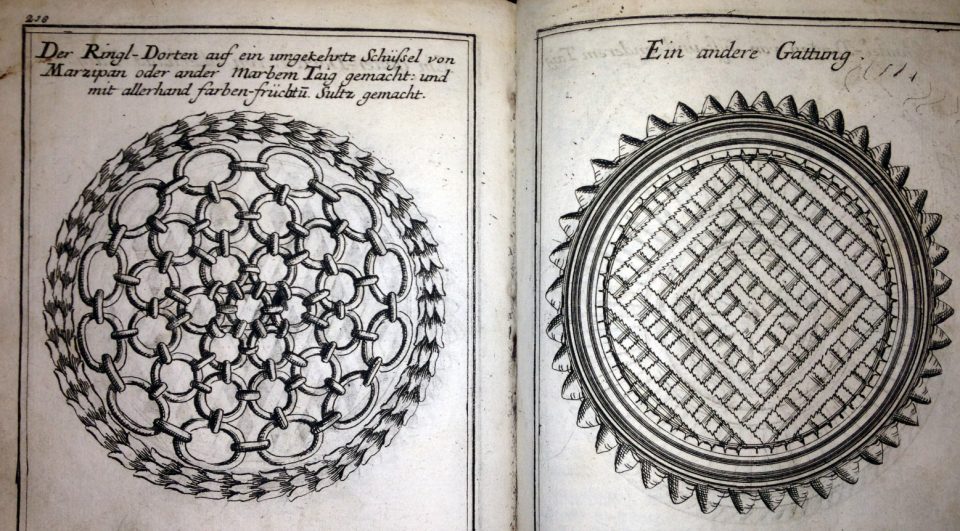 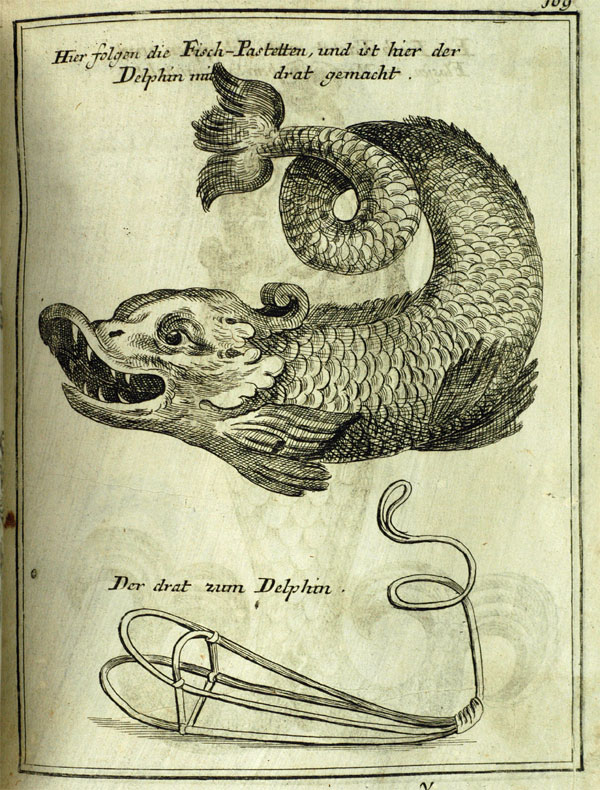 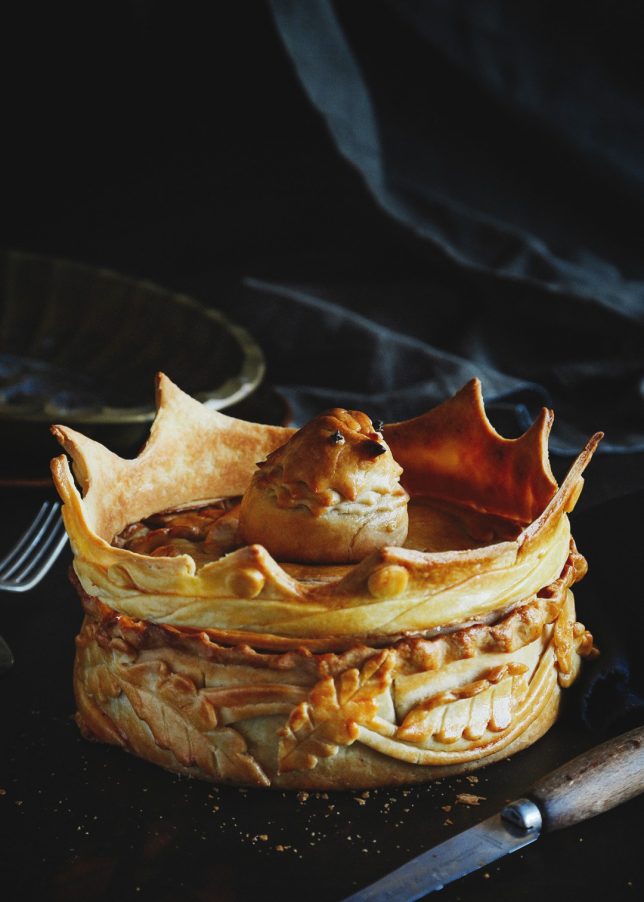 Conrad Hagger, who worked for the Archbishop of Vienna in the 18th century, wrote a book called ’Neues Saltzburgisches Kochbuch 1719’(The Salzburg Cookbook) that included drawings of pies with elaborate shapes like towering reindeer, sea monsters and swans. And if you’re a Game of Thrones fan, you may recall the infamous Pigeon Pie at the fateful Purple Wedding – the monstrous one Joffrey cut into with a sword, releasing live pigeons into the air (psst… here’s a recipe for a replica, minus the live birds.) 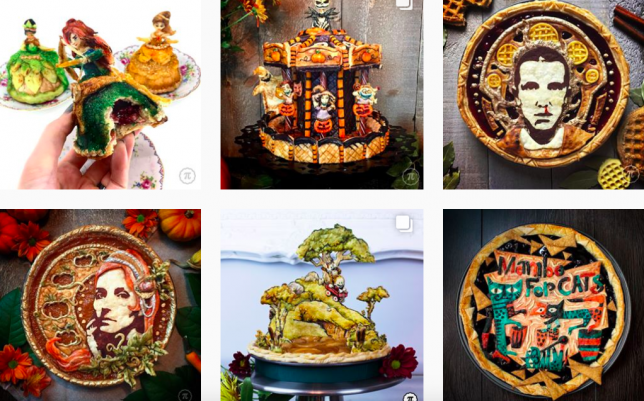 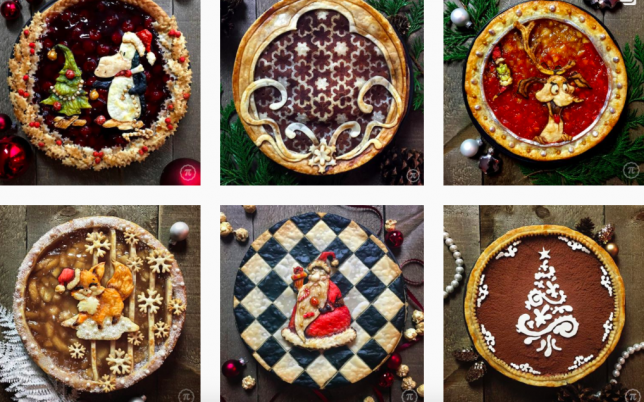 It may be rare to see creations of quite that intricacy on the average dinner table today, but that doesn’t mean we’ve lost the art altogether. Pie making has always been among the quiet domestic arts practiced primarily by women, with decorative touches ranging from simple flowers to crusts woven like tapestries. Modern bakers are keeping the tradition alive with more contemporary designs, like those found on the blog and Instagram account Pies are Awesome, who’ve created pies inspired by pop culture phenomena like Stranger Things and Star Wars. 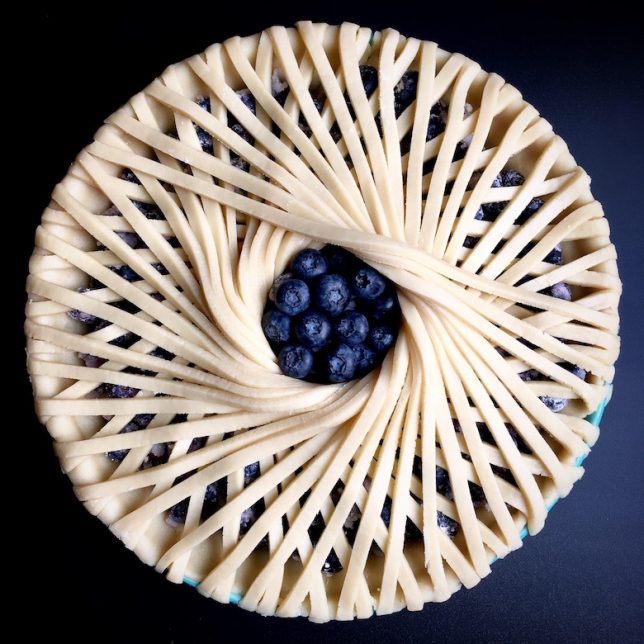 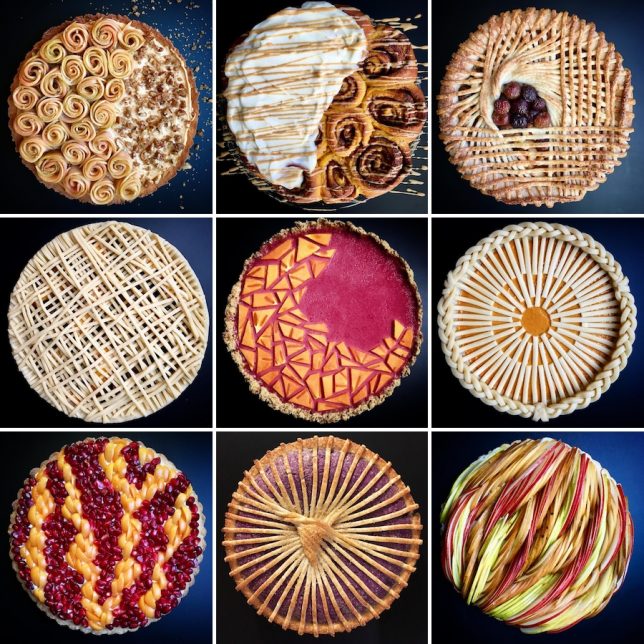 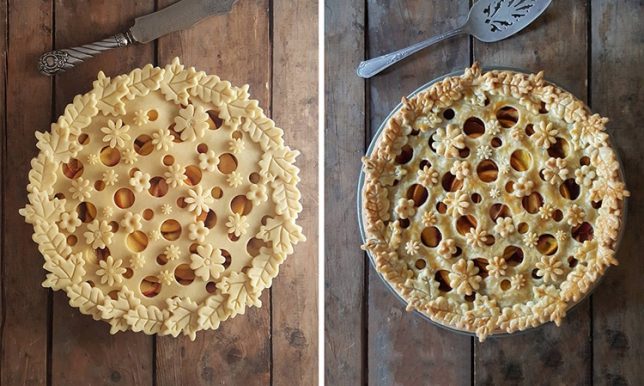 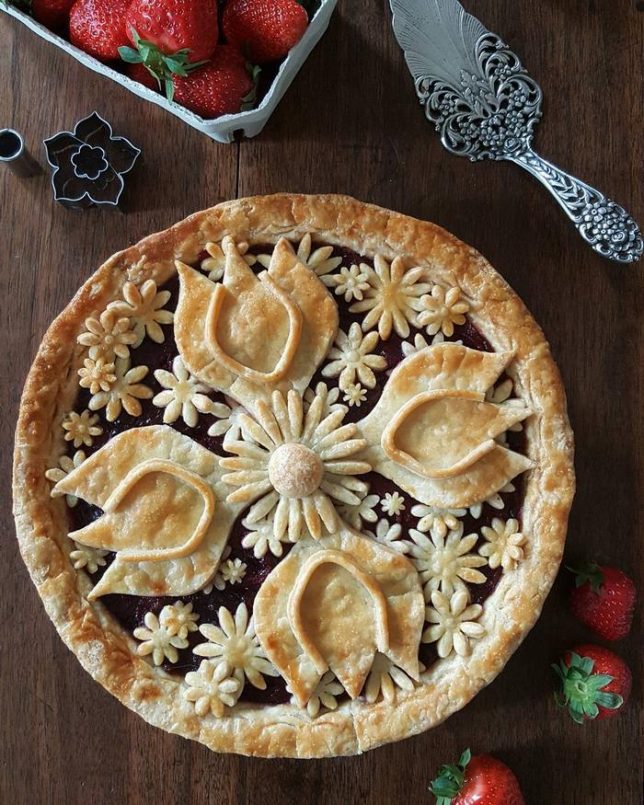 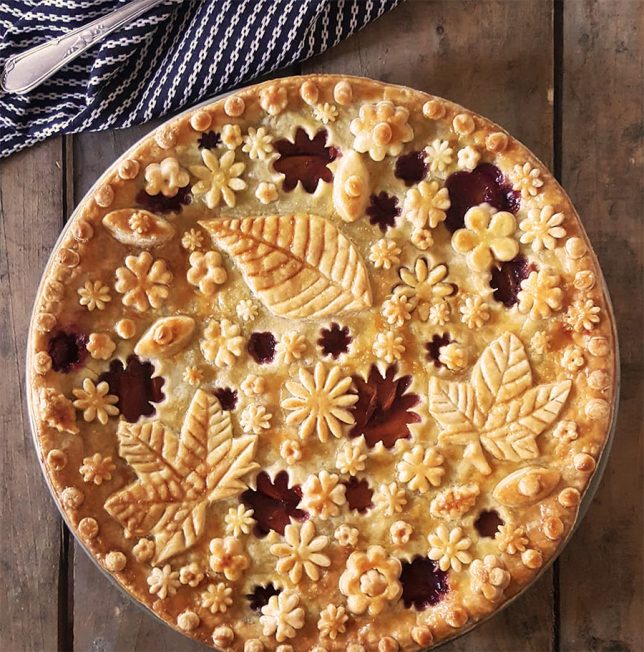 Friend or foetato? ?| Spud redux of my pear tart with red, purple, New, and sweet potatoes (all hand-sliced because I’m a masochist and I still can’t decide on a mandolin) and melty Raclette. Carbz and cheese: the lifespud of Mondays, amirite? ?

Right back matcha. ?| @oh_sweet_day’s matcha custard tart with a coconut crust and a full slate of dragon fruit tangrams. ?| Attention: PIE PEOPLE. ? Are you still holiday shopping and looking for the perfect present for the bakers in your life (fun ones only, plz)? My friend @dobey562 invented a real board game called Pie Town ? and it’s officially available @amazon and local game stores!! Prime that ish and get it in time to supies your peepz Crustmas morning. ?Link in my story! #notsponsored, I just have really cool friends! ?

Ring around the cozy. ?| @taraobrady’s Chai Masala Pumpkin Pie via @food52. Considering my lifelong allegiance to Team Apple, this was a wildly convincing argument for the Pumpkin Posse. You’ve gourd to give it a chai. ?

Some of the coolest modern pies come from bakers Lauren Ko and Karen Pfeiff Boschek, whose work is almost mathematical in its precision. While some of the designs fare better than others post-baking (in one of her Instagram posts, Ko admits that Boschek is better practiced at this, calling her a “butter sorceress”), all of the designs are sure to drop jaws at the table.