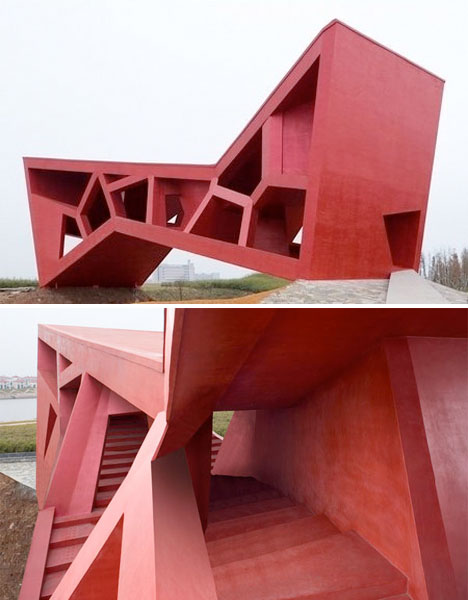 The bold Bridge Tea House by Fernando Romero looks as unlike a traditional Japanese tea house as it possibly could. A real, functional tea house, the twisting truss spans a pond at the JinHua Architecture Park in China. “Our concept is based on two fundamental elements in the typological conformation of Chinese gardens: the bridge and the teahouse. Since our site was next to a water pond, we wanted to unify both those typologies into one single structure.” 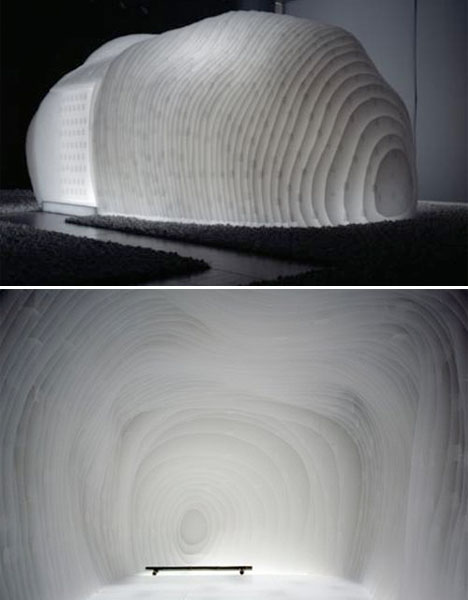 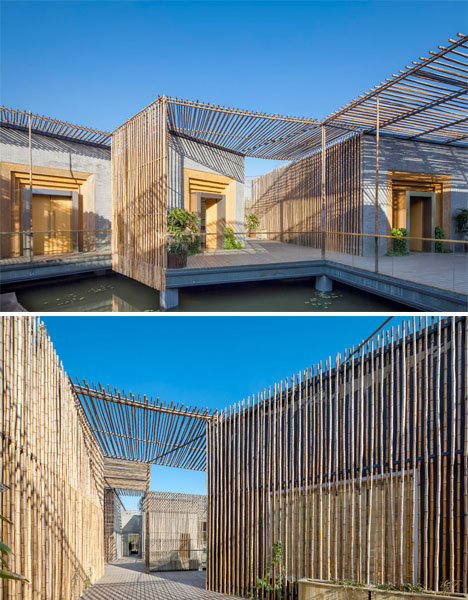 This open bamboo framework is a tea house that actually floats on a lake i the Shiqiao Garden northwest of Shanghai. Bamboo Courtyard Teahouse by Architect Sun Wei is a contemporary take on both tea house architecture and bamboo, both traditional aspects of Chinese culture. 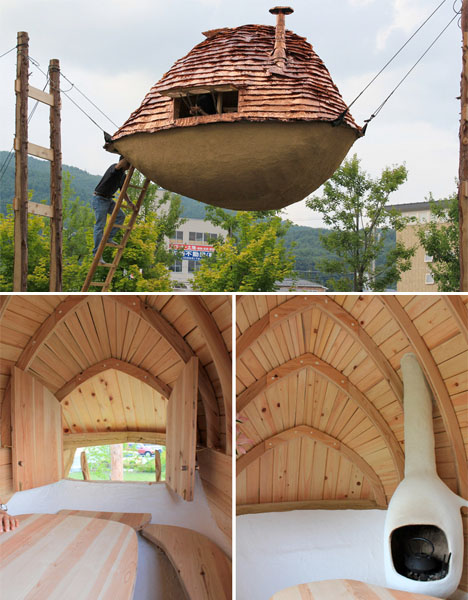 Another absurdist tea house design by Terunobu Fujimori looks like something out of a Hayao Miyazaki film, a ‘Flying Mud Boat’ suspended between two poles. Inspired by organic shapes and materials, it looks like it could be some kind of pod that fell out of a massive tree. While it’s a bit silly and humorous looking, Fujimori intends to make a serious statement with it: suspending structures with cables could be a realistic solution for earthquake- and flood-proof architecture in Japan.