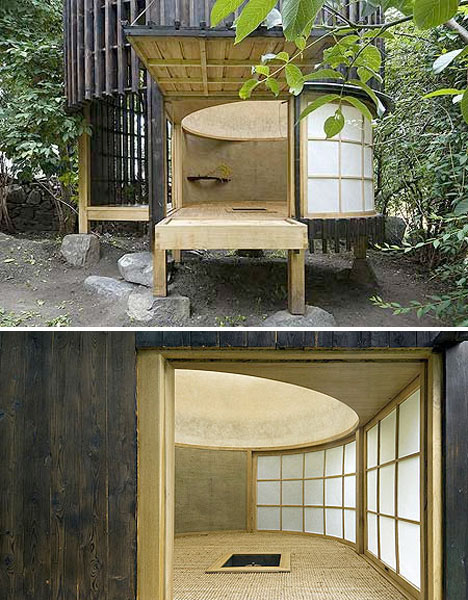 Sculptor Vojtech Bilisic teamed up with architect David Mastalka to create this unusual modern tea house in Prague, Czech Republic. It’s open to the woods on one side and features a domed roof laminated with paper to filter the light coming in from above. 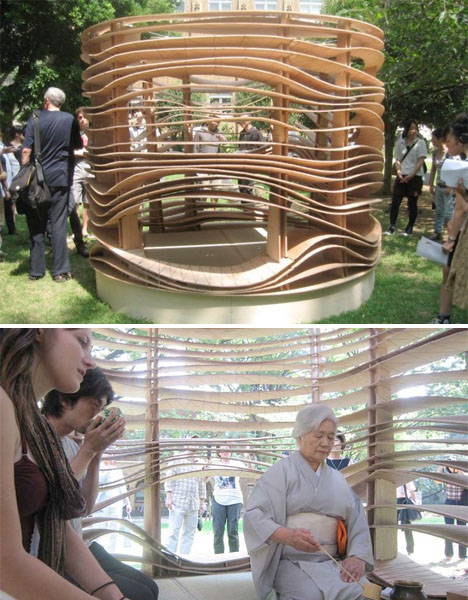 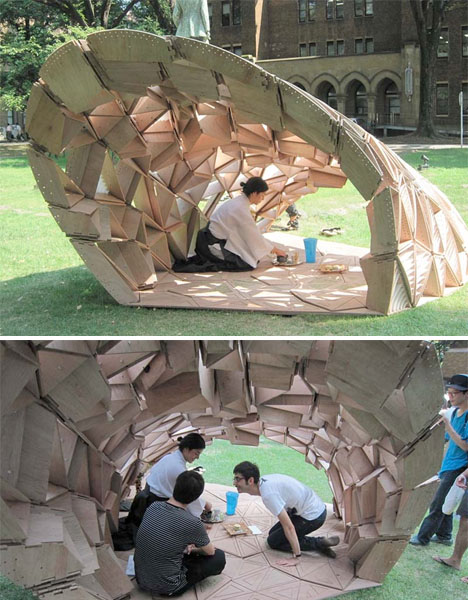 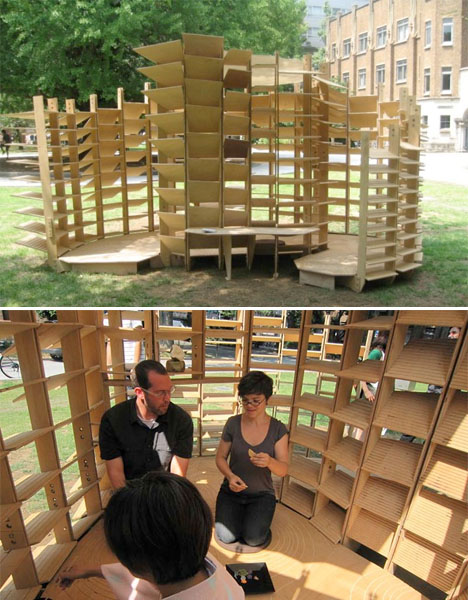 Rethinking the process by which tea houses are conventionally designed, students from Columbia University and The University of Tokyo came together to draft and build three modular “Digital Tea Houses.” Created as part of a summer fabrication workshop, the houses seek to capture the tranquil feel of a traditional structure using digital design techniques.

Tea House on a Concrete Bunker 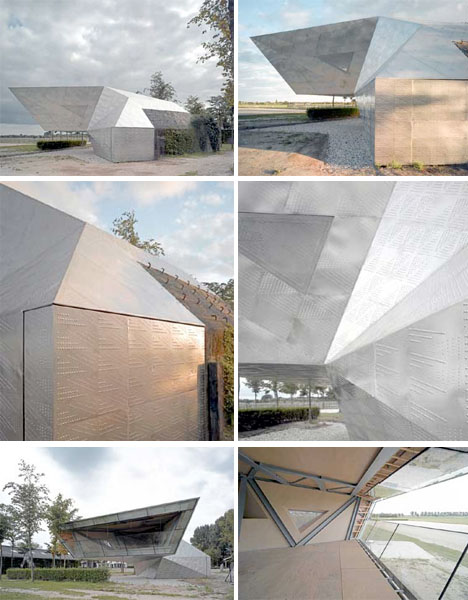 An original concrete bunker that was originally part of a water management system protecting the land in case of attack is now the basis of a striking tea house. The concrete 1936 bunker has been covered with a steel structure that slides onto it like a sleeve, protecting the original historic structure while significantly altering its appearance.