Any one of these bizarrely named churches could be in your hometown though they appear to hale from an altered state… pray we do not “altar” them further. 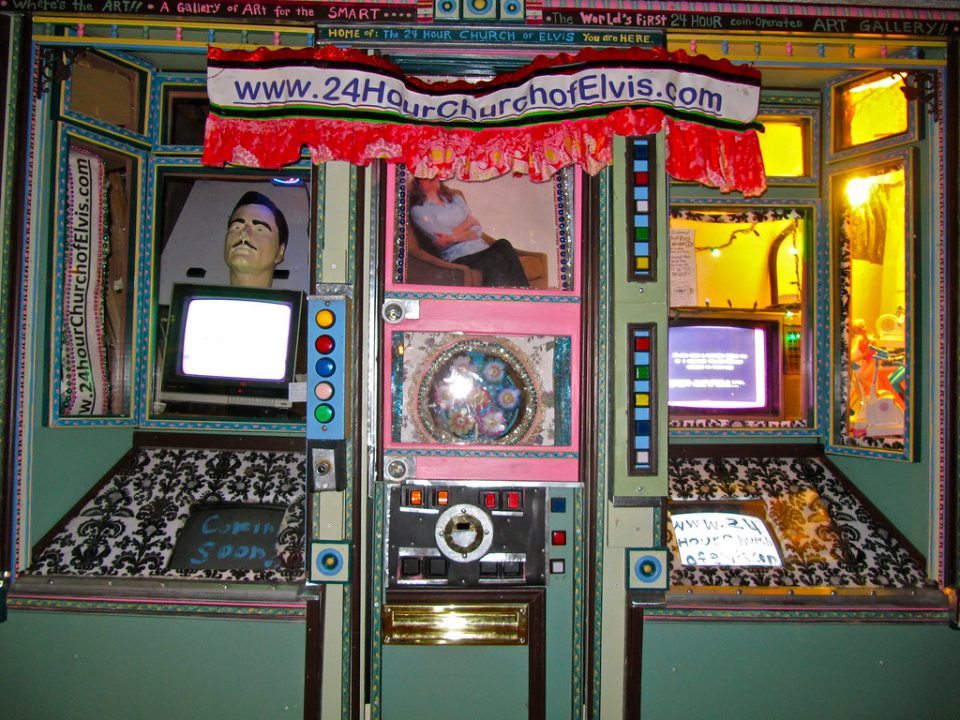 Elvis may have left the building but he left a half-eaten peanut butter, banana and bacon sandwich on the collection plate. Welcome to the 24-hour Church of Elvis, a Portlandia attraction that isn’t really a church and has no known affiliation with The King’s estate. On the other hand, the eclectic storefront at 408 NW Couch is the self-stated “Worlds first 24-hour coin-operated Art Gallery” so at least it’s a profitable enterprise… like most churches. (images via brx0 and Steve Schroeder)

Let the Spirit Move You 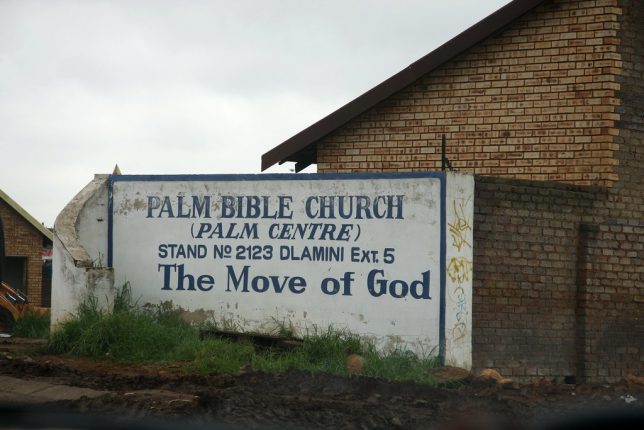 Here’s the Palm Bible Church in Soweto, South Africa, whose sign out front bears the perplexing slogan “The Move of God”. Somehow we doubt that refers to Sunday being a popular moving day but hey, we’ve been wrong before. Let’s move on. (image via Paul Birnie) 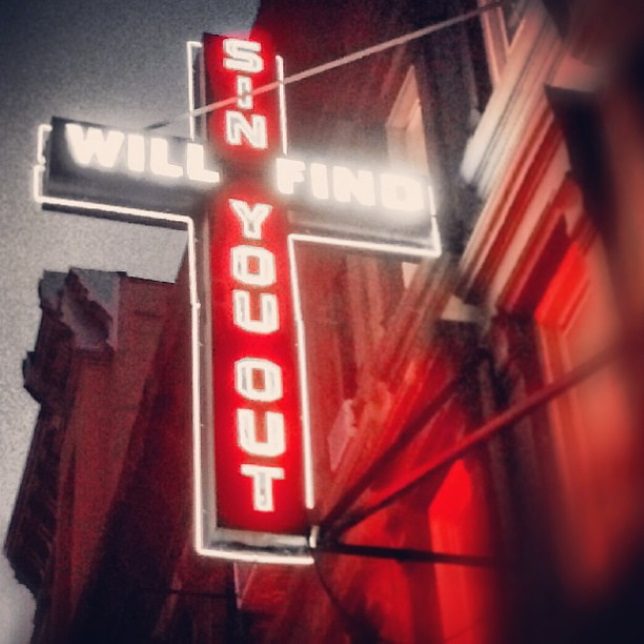 “Sin will find you out”? Hoo boy, that ship sailed a LONG time ago! Perhaps a better – or at least, more enticing – slogan might read “Salvation lies within”. We get it, though: neon signs don’t come cheap and like The Godfather says, fear can be a potent motivator. (image via Sam Lavy) 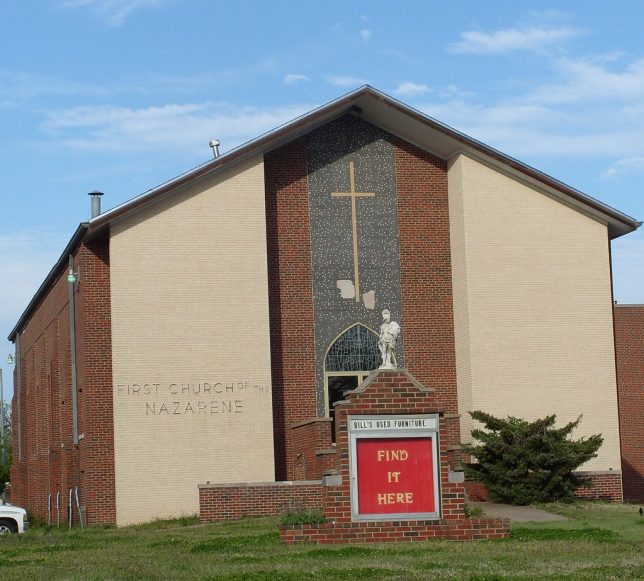 When they say “Find It Here”, they don’t mean sin… OK, depends on what type of used furniture you’re buying and what purpose it’s to be used for. Wait, you may be asking, what does used furniture have to do with a church? We can only shrug our shoulders and refer you to “Bill”… if you can find him. (image via Julia TortoiseHugger) 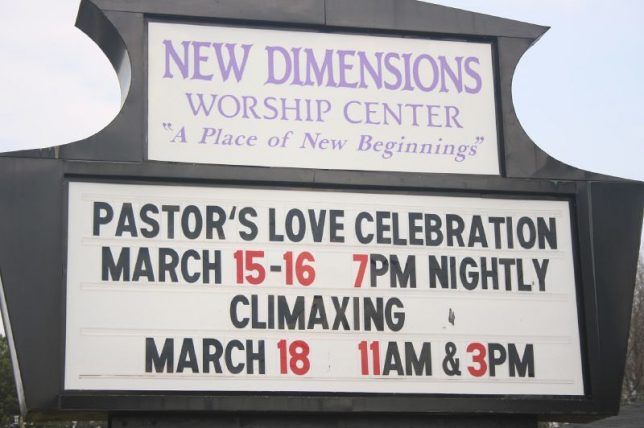 The New Dimensions Worship Center might be “A Place of New Beginnings” but if their sign’s any indication, it’s also the scene of many happy endings. Gotta give ’em credit, though: while other churches advise that laying in bed on Sunday morning shouting “OH GOD!” doesn’t constitute going to church, New Dimensions replies “Why not both?” (image via David Smith)