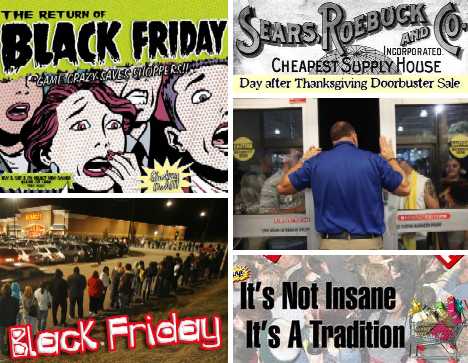 Black Friday, the busiest shopping day of the year, marks the unofficial start of the annual Christmas shopping season in a big, bad, bargain-hunting way!

A History Of Hysteria 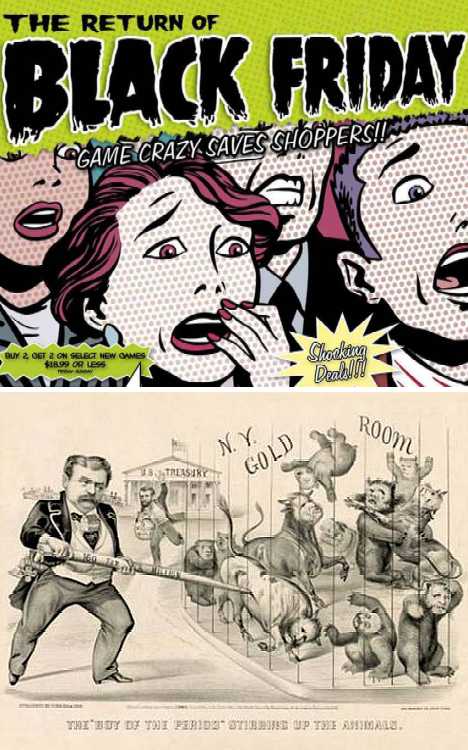 Black Friday may be a very modern socioeconomic phenomenon but it has a long and convoluted history dating back to September 24th, 1869 when plunging gold prices triggered a stock market panic… hold on, that may not be the Black Friday we’re discussing here.

Fast forward to 1966 when the Philadelphia Police Department, dreading the approach of yet another chaotic post-Thanksgiving shopping frenzy, dubbed the infamous event Black Friday. Within a decade the term was being applied to similar shop-a-paloozas busting out all over the USA, Canada, the UK and more! 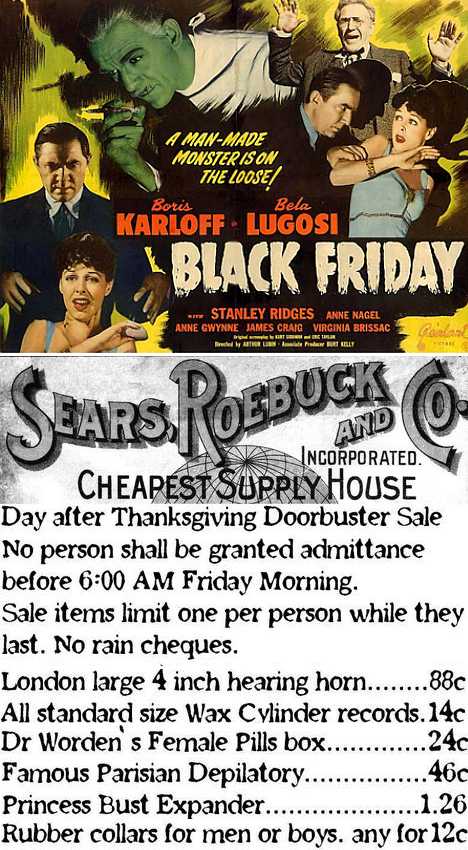 (images via: The Truth About Cars and Brenternet)

By 1980, retailers began to use Black Friday as a convenient term for the point where red ink turned to black: losses to profits, in other words. It took a while for both sides of the economic equation to get in sync over Black Friday, however, but when they did some good things happened. In 2003, Black Friday officially grabbed top billing as the Busiest Shopping Day of the year and although it slipped to second place in 2004, Black Friday’s been King of the Hill ever since. No offense, Hank. 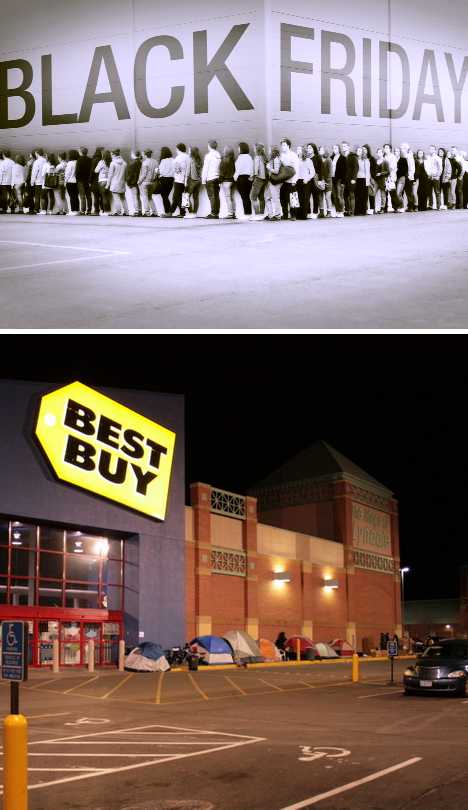 Unlike the more recent emergence of Cyber Monday, Black Friday makes itself apparent by the appearance and behavior of the people doing the actual shopping. Up close and personal, take no prisoners, in your face shopping the likes of which the world has never witnessed! Thanks to teh intarwebs, we all can witness these aspects vicariously beginning with the long (in length and in time) lineups snaking down the streets outside various big box stores.

(images via: Jabeta, Examiner and 999ThePoint)

Stoked by advertising on television, in newspaper flyers, on the radio and online, shoppers eager not to let those juicy bargains slip through their fingers stake out prime spots outside their targeted stores (possibly including Target). 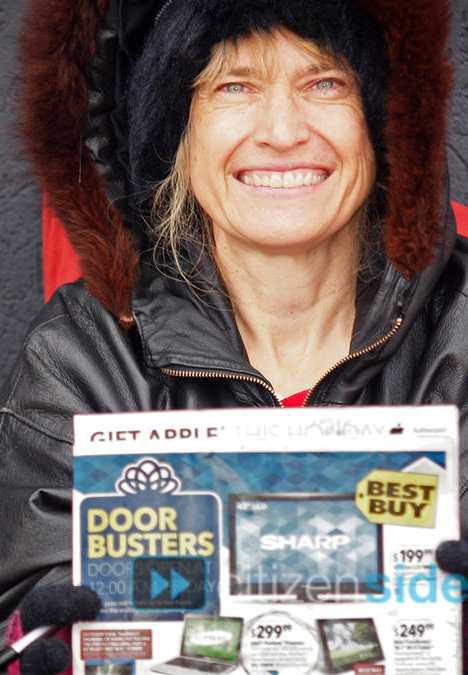 Whether in rows of tents or standing in single file, Black Friday shoppers are a remarkably orderly bunch for the most part. All that changes once the doors open, however, then it’s every man, woman, child and cat for themselves.

Stampedes not seen since the great cattle drives of the 19th century or the great Hindu festivals of the 20th burst into fluid motion as each store’s official Black Friday opening hours strike, and if you were lucky enough to be among the first in line outside you’d better not be unlucky enough to trip and fall once the human avalanche gathers steam and begins its unstoppable roll. In such situations people easily lose their heads, not to mention their wigs.

Shoppers aren’t alone in looking danger in the eyes once the doors swing open – store staff attempting to ensure safety for all by directing the flow often find themselves in the wrong place at the wrong time. The most well-known and certainly most tragic such incident took place at a Valley Stream, NY WalMart store on November 28th of 2008 just after 5:00AM.

As the store doors opened, hundreds of cold, impatient and uncaring shoppers busted the entrance door right off its hinges in their desperate search for bargains. One 34-year old Wal-Mart employee was unable to avoid the furious flood of shoppers and was trampled to death.