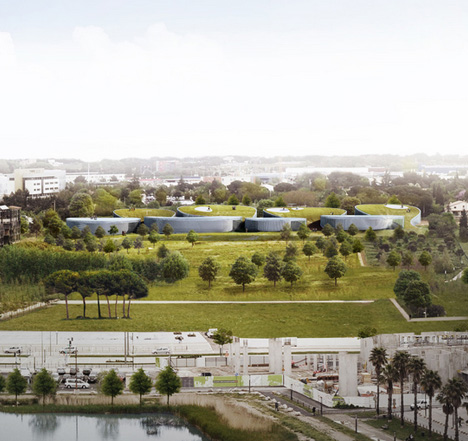 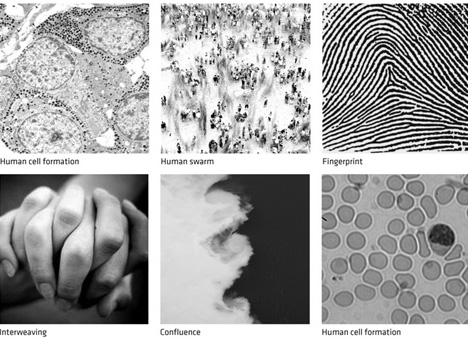 As impressive as the finished form of this Museum of the Human Body by BIG genuinely is, the diagrammatic development is equally compelling, from abstract inspiration to realistic renderings. 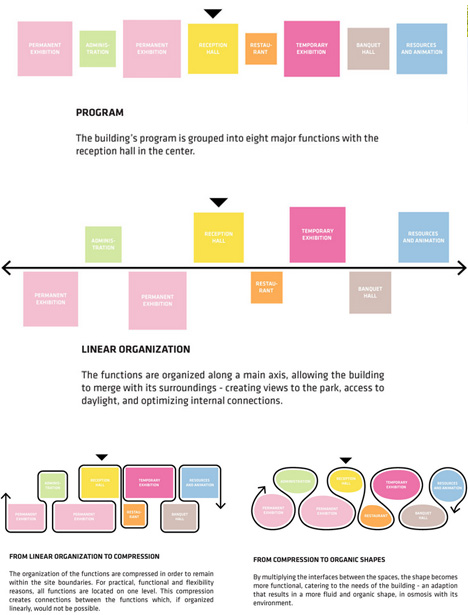 Schematic diagrams, models and renderings serve not only to show how the design was evolved, but also helps communicate to judges, citizens and the general public how it will work. 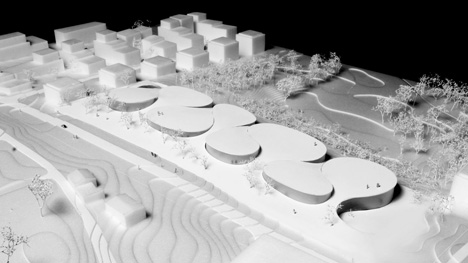 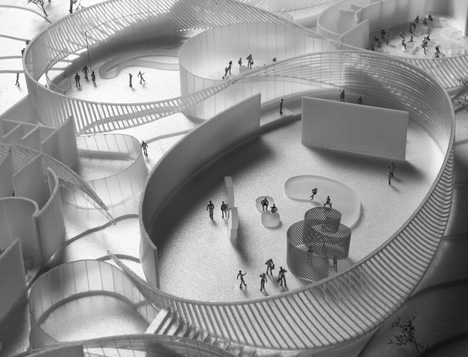 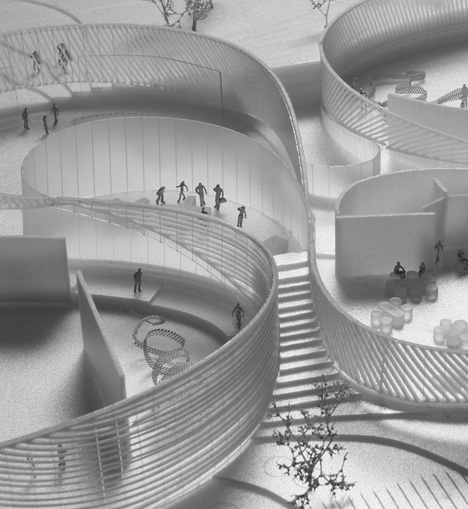 Many built-in features reference aspects of the human body. For instance, “on the sinuous façade that oscillates between facing North and South, East and West, the optimum louver orientation varies constantly, protecting sunlight, while also resembling the patterns of a human fingerprint – both unique and universal in nature.”