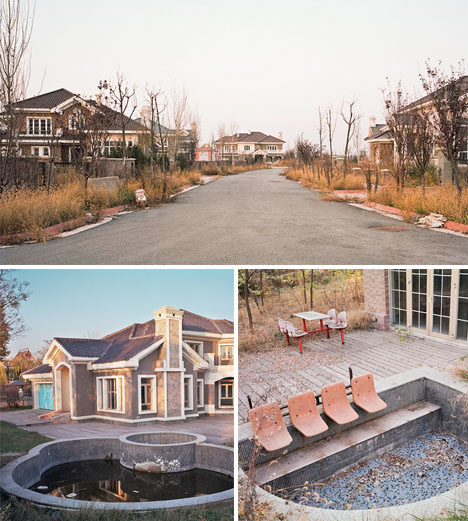 3,000 idyllic-looking homes built to the latest sustainability specifications and surrounded by decorative fountains and water-smart landscaping await their inhabitants, but they could be waiting a long time. Almost no one has come to live at Jing Jin Eco City, and all of those carefully planned residences are beginning to show the inevitable signs of abandonment. Benches have fallen over, tiles have broken and the greenery has come creeping in. The community includes a massive 800-room Hyatt Regency Hotel, which rarely has more than a couple hundred guests at any given time, and street after street of empty businesses. One resident reported to the South China Morning Post that only about ten houses were typically occupied in the winter, and about twenty in the summer. That’s partially because the wealthy owners have other homes elsewhere – but like other such projects, Jing Jin simply isn’t attracting the population that its creators expected. 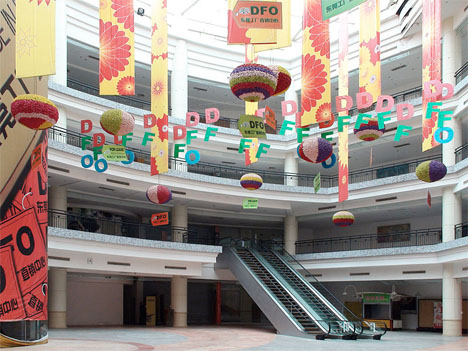 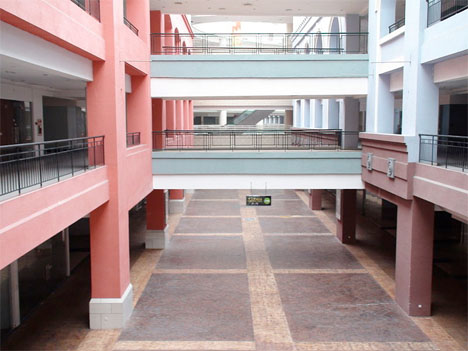 The world’s largest mall in terms of leasable space remains 99% empty, eight years after it opened. The world is full of so-called ‘dead malls,’ wherein the lost allure of wandering around cinnamon bun-scented suburban commercial centers has led retailers to move elsewhere. But almost nobody ever moved into the New South China Mall in the first place, even though it has room for 2,350 stores and serves a nearby population of over 10 million people. A few fast food chains have taken up residence in the easily-accessible front of the mall, but the vast interior spaces remain empty. 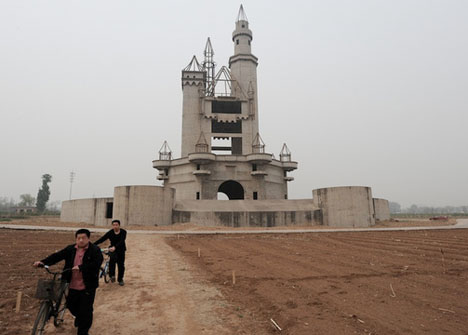 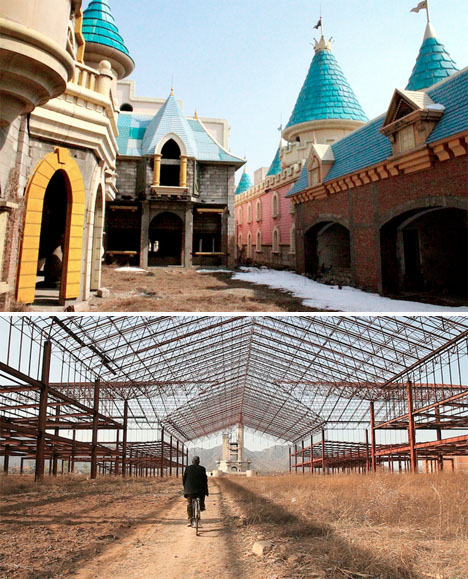 If it had ever actually been finished, China’s ‘Wonderland’ might have actually rivaled the world-renowned theme park it was trying to copy. Designed to be the largest amusement park in Asia, covering about 120 acres, the park was located about 20 miles outside of Beijing. Construction began in 1998, but financial problems stalled work at the site, leaving behind a number of partially-finished structures including a building reminiscent of Disney’s iconic Cinderella castle. Unfortunately, those remains were finally razed in 2013, dashing hopes that the park will ever be completed.