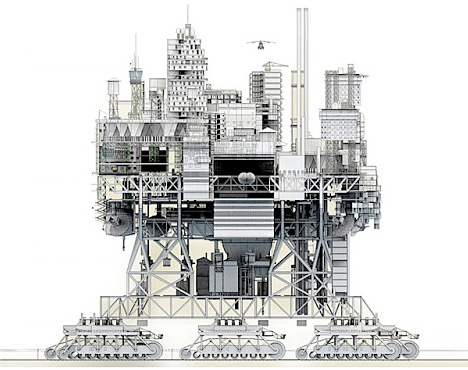 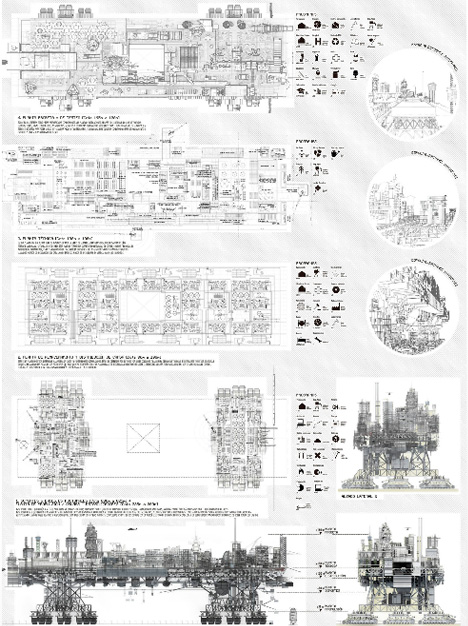 Such moving city designs may appear unrealistic and futuristic, but the realities and ideas behind them are anything but far-fetched. Many temporary oil towns in the cold north of Canada, for instance, already operate on the same principle: housing, shops and other flat-pack infrastructure are set up in one place then loaded back up and moved to the next. 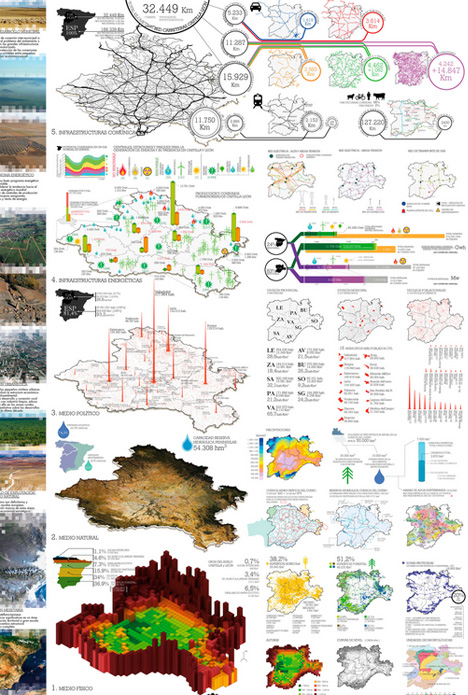 As far back as the 1860s, the portable towns that followed the construction of the Transcontinential Railway in the United States was dubbed Hell on Wheels after its vice-centric staples including gambling houses, dance halls, saloons, and brothels. 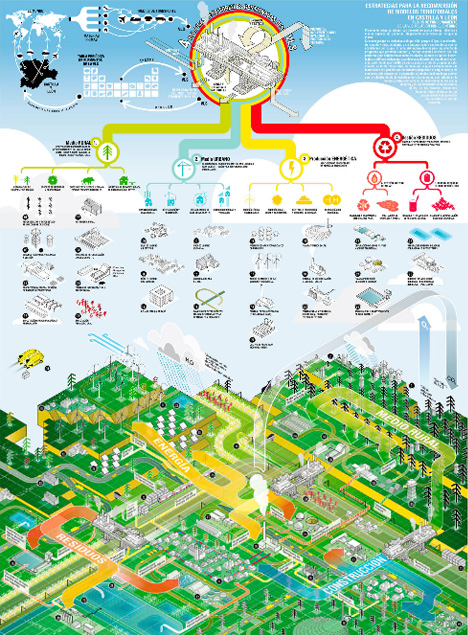 Currently, so-called Man Camps in North Dakota made of prefab structures follow the regional shale oil boom and will no doubt leave with its bust. Then, of course, there are many precedents to be found both in the world and in science fiction for floating cities, be they self-sufficient utopias or simply aircraft carriers, cruise liners and variations thereof. 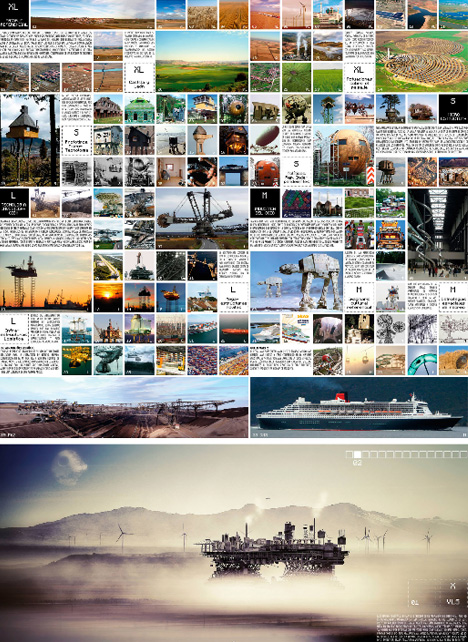 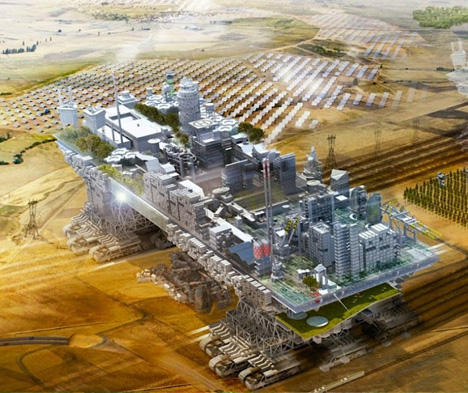 The impressiveness of this particular project by Dominguez stems in part from its thorough exploration of the technologies needed to make it happen (at least in theory), but also in his own research into such real-world examples that, in turn, all came together to inform the final design.