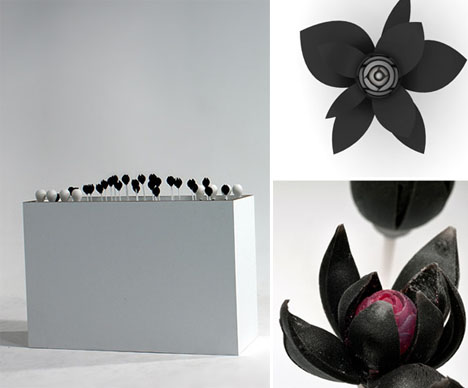 3D printers are now making it possible to quickly and economically ‘print’ everything from haute couture to full-scale architecture, medical prostheses to cars. Now, the technology has advanced enough to blend two different materials in a single print to make them stronger and more functional. ‘Blossom,’ a project by designer Richard Clarkson, not only produced 3D-printed flowers made from two materials with properties ranging from flexible to rigid, he also made them inflatable.

Believed to be the world’s first inflatable 3D print, Blossom is a series of flexible artificial flowers that can be inflated with air so they ‘bloom’ like real flowers. Completed in 2013 but just now released to the public, the project incorporates a rubbery black material called Tango Black for the petals and a clear, solid substance called Fullcure 720 for the center and stem. 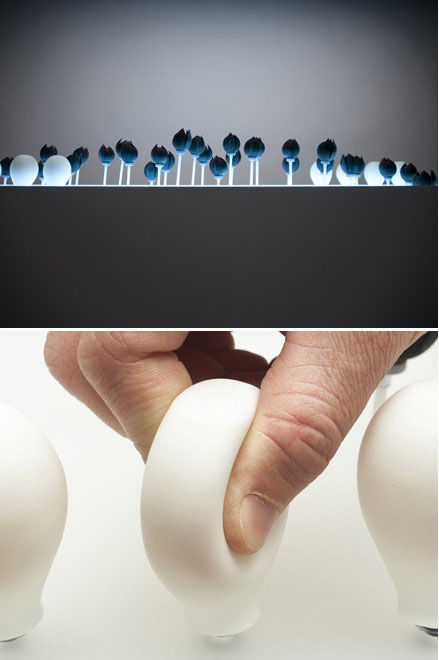 While this project may not be as immediately practical as many other 3D printing demonstrations, it gives us an intriguing look at what might be possible in the future, pushing past limitations that have held innovation back in this field. 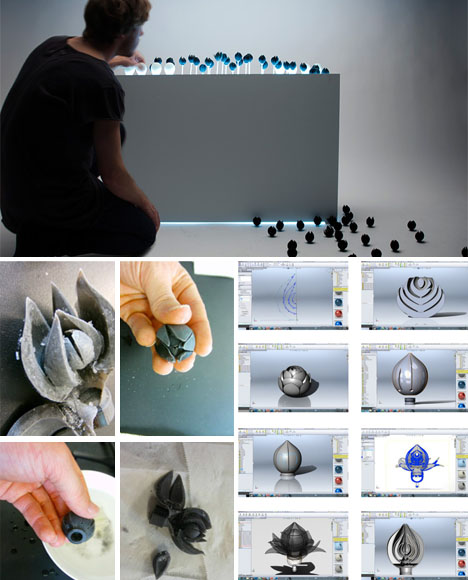 “As in nature, materials can be distributed seamlessly within objects for structural and functional advantage,” says Clarkson. “The variation offers an opportunity to generate complex forms and dynamic structures that are impossible to make by any other means.”