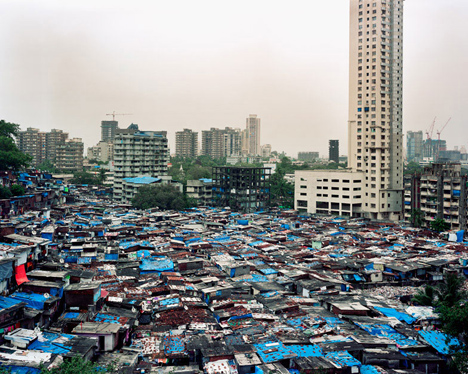 In some cities the slums run vertical while the rich build mansions on the precious ground, but in Mumbai, India, high-rise housing is considered premium real estate while the poor cobble together shelters below. 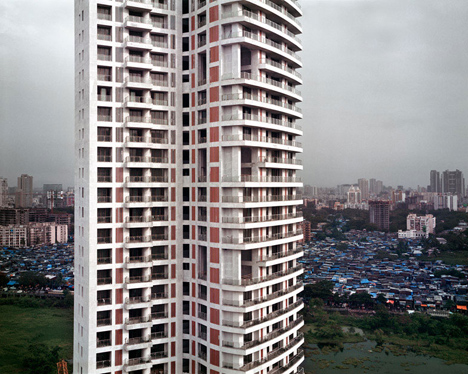 Alicja Dobrucka is the Polish photographer behind this photo series titled Life on a New High. Many of the photos were shot from a sufficiently high elevation to capture tall buildings on the backdrop of the surrounding urban landscape. 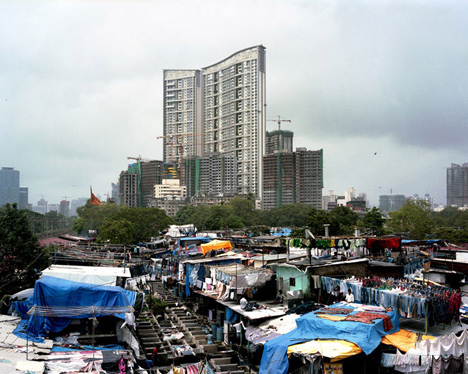 The residential towers stand in stark contrast to the sprawling ad hoc homes below, topped with a kind of (unfortunately) iconic patchwork of blue tarps. 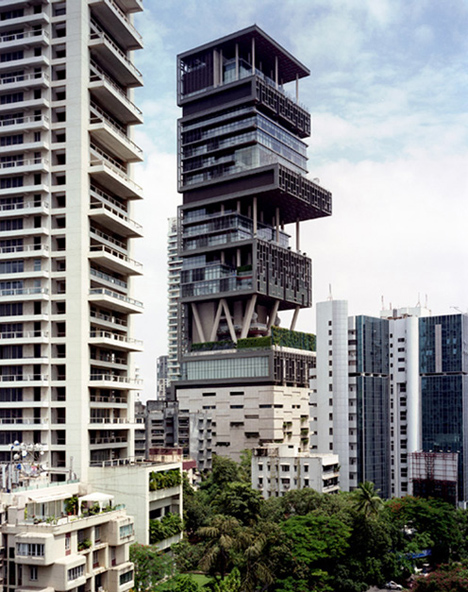 Thousands of mid-rise-and-higher structures have been or are being built in Mumbai, often without regard for any overarching city plan. Some (like the famous one above) house single families on multiple floors, often with space for dozens of servants (in this case, reportedly, as many as 200). 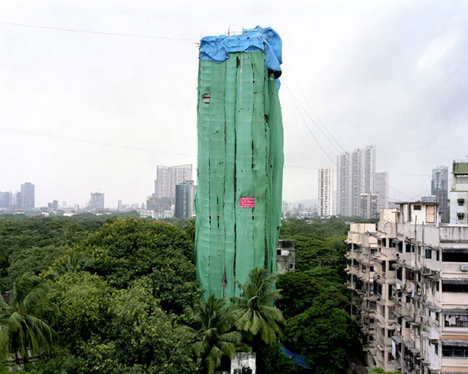 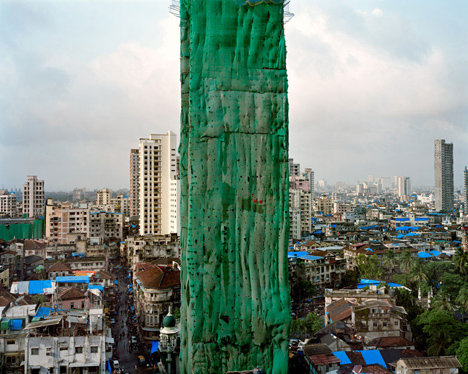 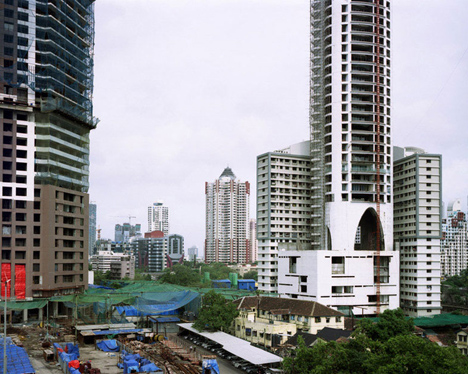 Dobrucka also calls attention to the marketing slogans used to promote these structures. These catchy phrases are as seemingly out of touch with a their surroundings as the European-style architectural follies they are attached to: “You don’t just invite friends over, you invite awe”, “Ask yourself, how much envy can you endure? Neither wealth nor influence will bring them back again”, “If your tastes match with the President of France, we have just the right home for you”, “Other homes have works of art. Yours is one” and “Rooftop pool. Rooftop Jacuzzi. Rooftop lawn. As for the moon consider it complimentary”