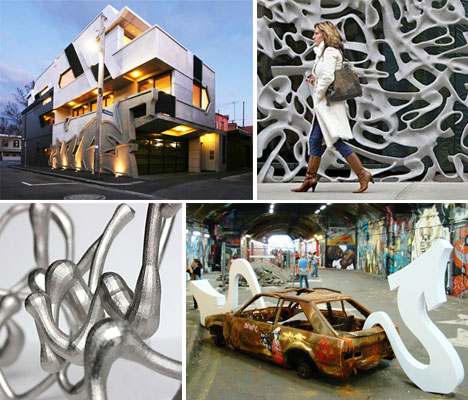 The Hive Apartment by ITN Architects 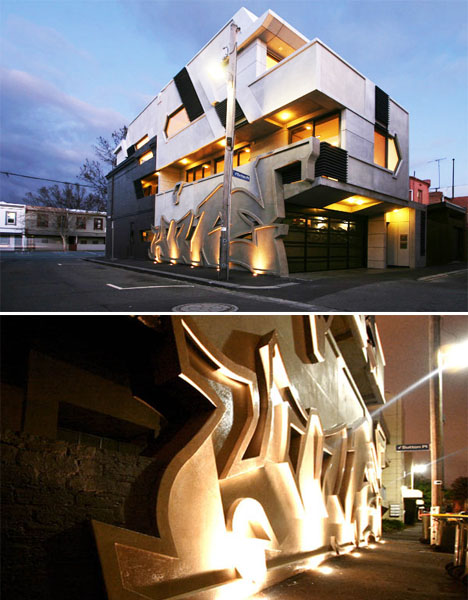 Built for an architect and street artist, the facade of this Melbourne house fittingly includes built-in graffiti made from precast, four-meter-tall concrete letters spelling out ‘The Hive.’ The lettering is a load-bearing part of the building, making for a striking transition between the modern house and its old brick tailor shop neighbor. 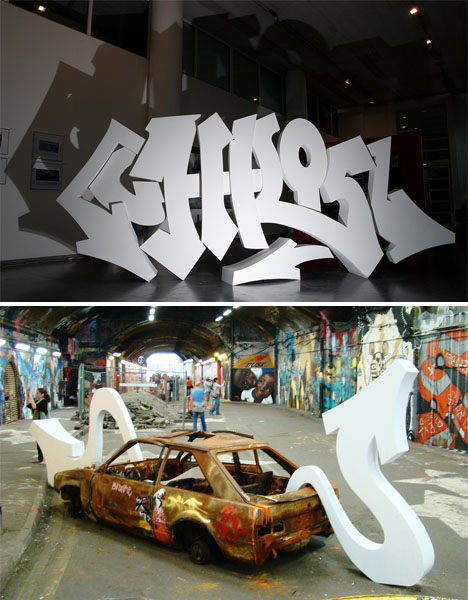 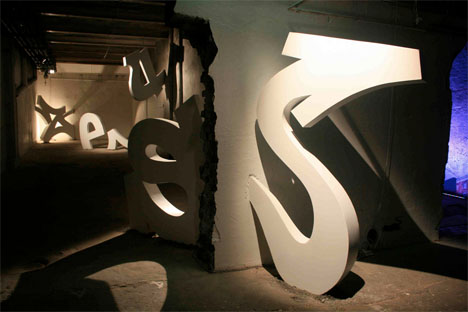 London-based graffiti artist Zeus brings his art into three dimensions with a variety of large-scale sculptural works including tags that protrude from walls and cars. 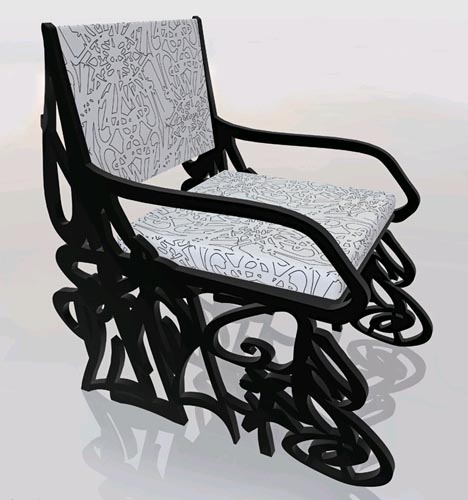 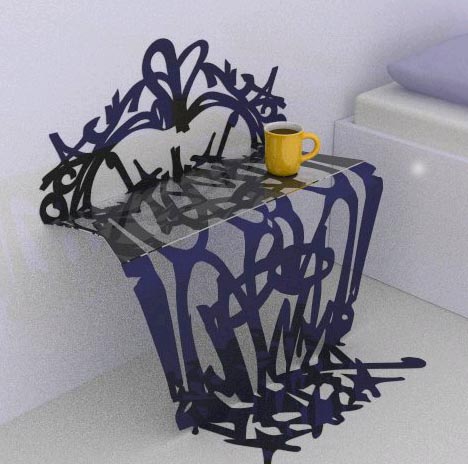 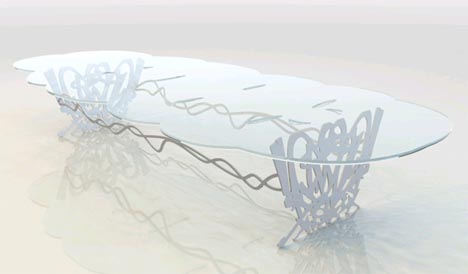 Street graffiti moves into the living room with coffee tables, side tables and chairs marrying tag style with baroque furniture traditions. Designer Luis Alicandu is a former tagger who has since turned his creative urges into a passion for industrial design. 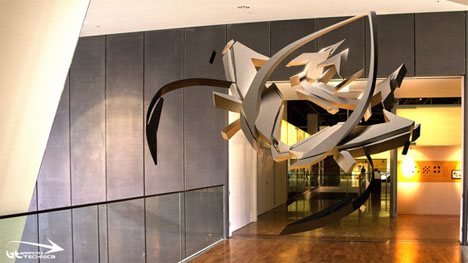 These 3D graffiti creations by ‘Graffiti Technica’ are totally digital, but watch the videos to see incredible animations that bring street art to life in a novel way, cruising through the air like alien organisms. 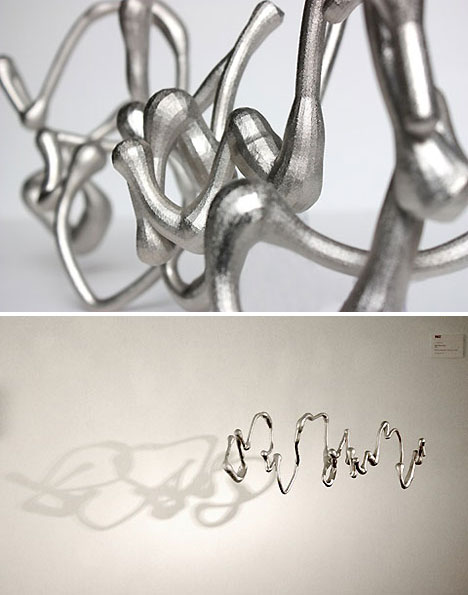 Here’s a totally different way of looking at making graffiti three-dimensional: a sculpture that captures a tagger’s movements as they work. Designer Evan Roth created this piece, CAP, algorithmically by motion-capturing the writing of street artist CAP in the 1983 documentary Style Wars. The piece is made of chrome-dipped ABS thermoplastic.