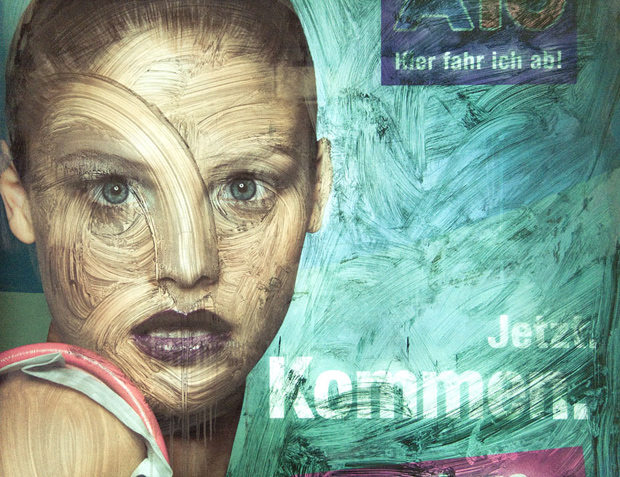 Mutating works of public advertising with corrosive acid, this cunning urban interventionist hijacks posters from bus stops and subway stations, then adds his own message into the mix. 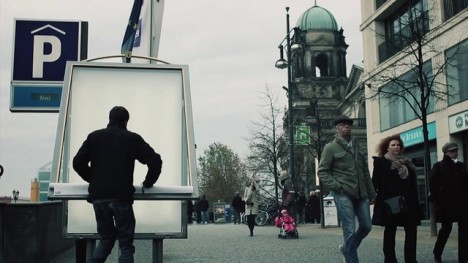 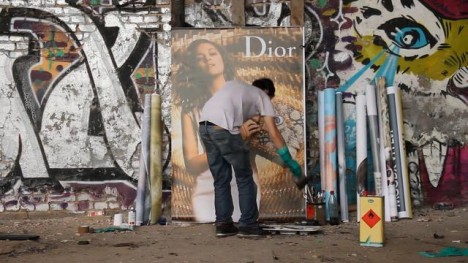 Vermibus takes posters then employs solvents to remake each surface in his studio, dissolving inks and colors already there and reusing materials from each de facto ‘canvass’ to make something new. 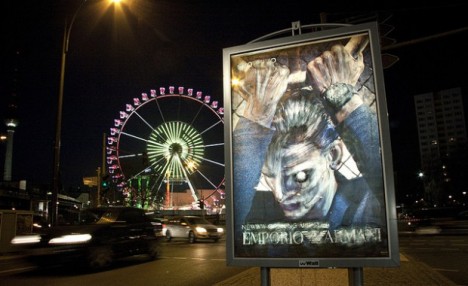 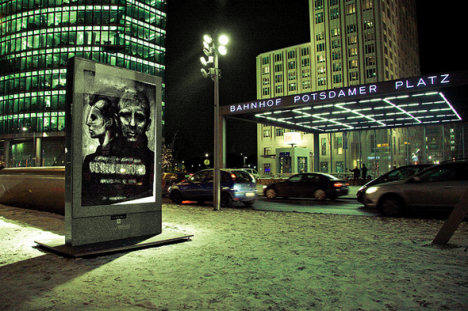 He then puts his transformed works back where he found the original or, in many cases, an entirely different site, city or even country, blending them back into the urban environment. 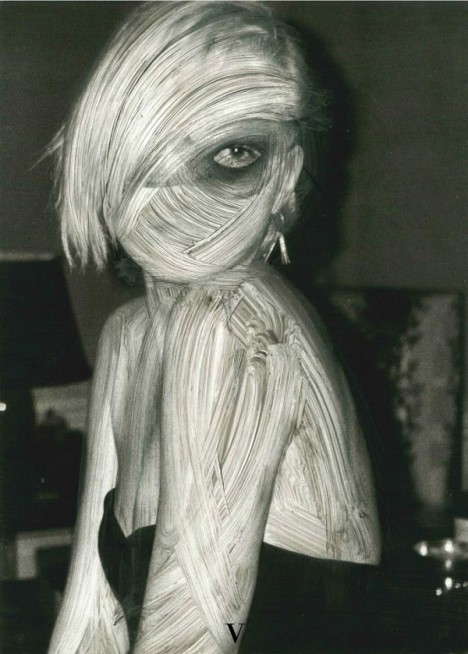 Having taken them off the streets, Vermibus brushes the idealized figures, slowly morphing them into surrealist versions of their former selves. He has repeated this unusual artistic process in various major cities, including and beyond his home town of Berlin. 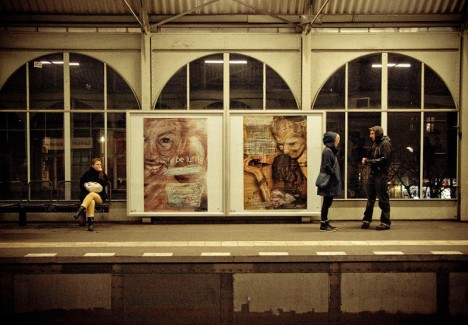 Sometimes the commentary is clear – a model made intentionally skeletal, for instance – while others evolve (or devolve) into abstractions and parodies that seem almost inhuman. 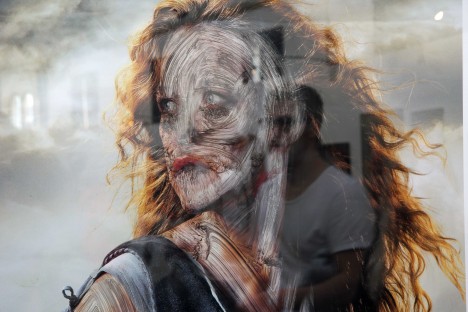 The three fascinating short films embedded throughout this article (above and below) show his process, various examples of his work around Europe and his organization of and participation in the No-Ad Project. “Using a dubious inter-rail ticket, Vermibus set out with a set of 90 keys and his pallet of solvents to physically and temporally hijack the Western Worlds of advertisements in the name of fine art.”